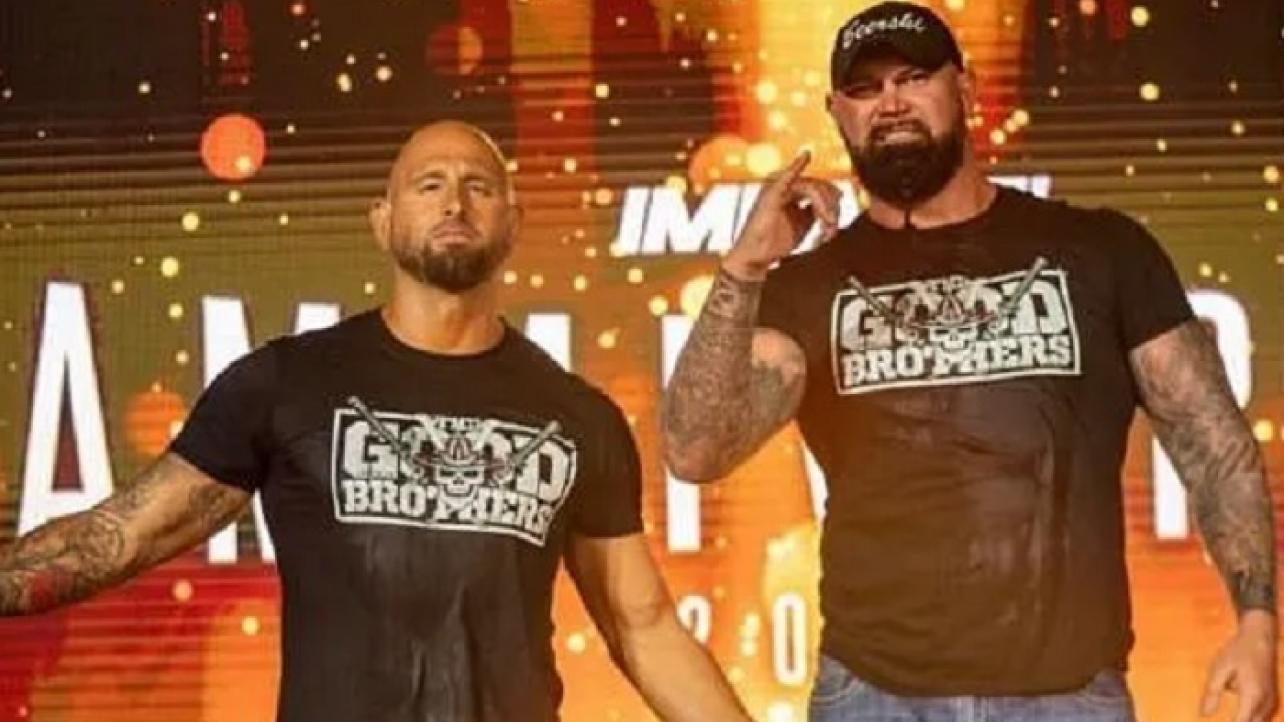 During the show, the veteran pro wrestling tag-team reflected on telling the former Dark Order leader known as Mr. Brodie Lee that he should be a world champion while he was still performing as Luke Harper in WWE, working regularly with Harper and Erick Rowan on non-televised WWE live events and more.

Doc Gallows on working regularly with Luke Harper & Erick Rowan on the WWE live event circuit: “There was a point where they were the tag team champions, but they weren’t on TV. We weren’t being used either and we were hated. We were in the popcorn match on house shows, but it’d be Karl vs. Brodie when Rowan got hurt. I’m the heater on the floor, but I’m the babyface.”

Check out the complete episode of the Talk ‘N’ Shop podcast at TalkNShop.Libsyn.com. H/T to Fightful for transcribing the above quotes.