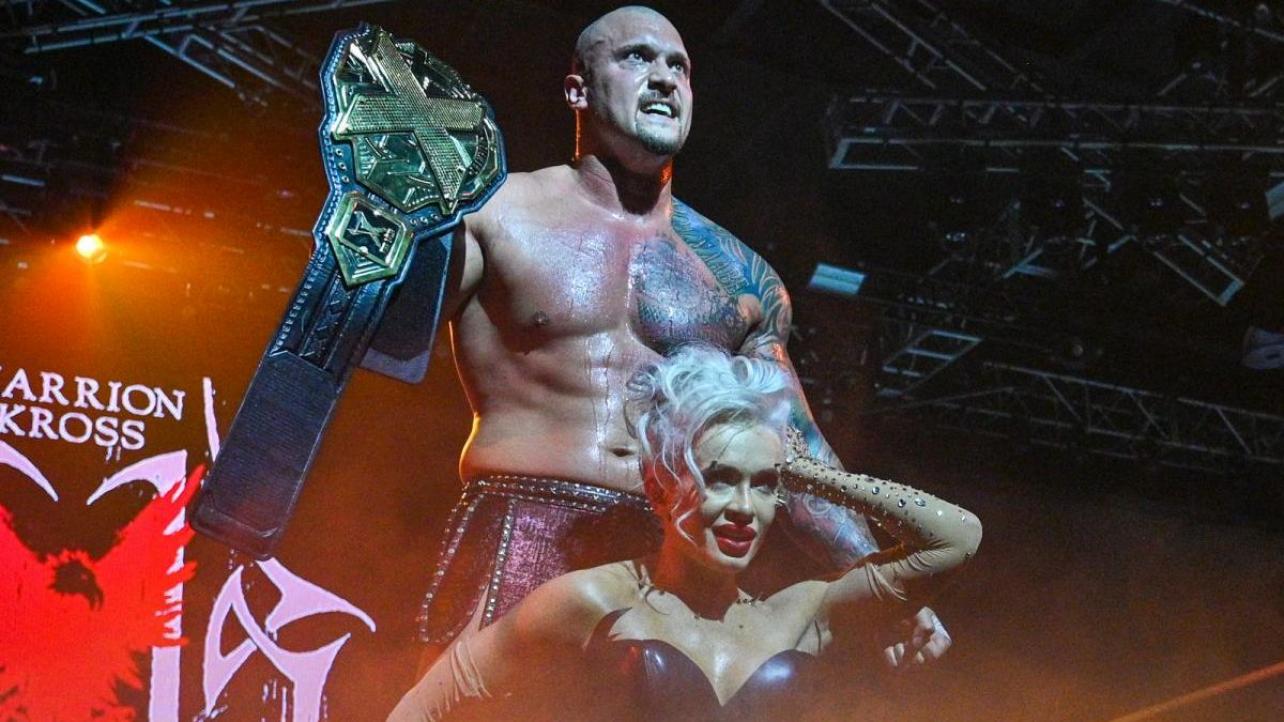 Karrion Kross On NXT: “It Forces You To Be The Best Version Of Yourself”

In his recent stop on Corey Graves After the Bell podcast, NXT Champion Karrion Kross discussed his upcoming title defense, which goes down at tonight’s NXT TakeOver: In Your House. Kross also shared his thoughts on representing WWE’s black and gold brand, and more. Check out his comments below.

On Triple H’s reaction to his shoulder injury at TakeOver 30:

“Once the show was over and the cameras were off, I was like, ‘I wonder how bad it is.’ And Hunter [Triple H] is walking down the stage towards me, and the look on his face, it was like he just saw a guy get hit by a car and explode. You think crazy things in that moment. You don’t wanna let it [the NXT Championship] go, and then we just kind of entered that period of recovery.”

On the upcoming Fatal Five-Way Match at In Your House:

“I’m pumped. This is basically the Mount Rushmore of NXT all in one match. It’s the best of the best. I’m just very excited. Anything can happen as the company says, and there’s a very good chance anything will happen.”

On representing NXT as the brand’s top Champion:

“To me, NXT has always been the face of the future. I really truly believe that. I believe that anyone that’s going to do anything in WWE for the future – to be the next John Cena, to be the next Roman Reigns, the next Steve Austin, the next Rock, that whole line-up of people – I feel like these people are gonna come from NXT. That’s what I truly believe. If you’re not willing to meet the standard there, and the standard is very high and it gets higher and higher every few months or so, you’re gonna get swallowed up. It forces you to be the best version of yourself. You’ve gotta find it. Even when you think you’re the best version of yourself, you gotta dig a little bit deeper and find more. That’s what that place does. I’m very excited to see how far we’re all gonna be willing to go.”

Karrion Kross On NXT: “It Forces You To Be The Best Version Of Yourself”