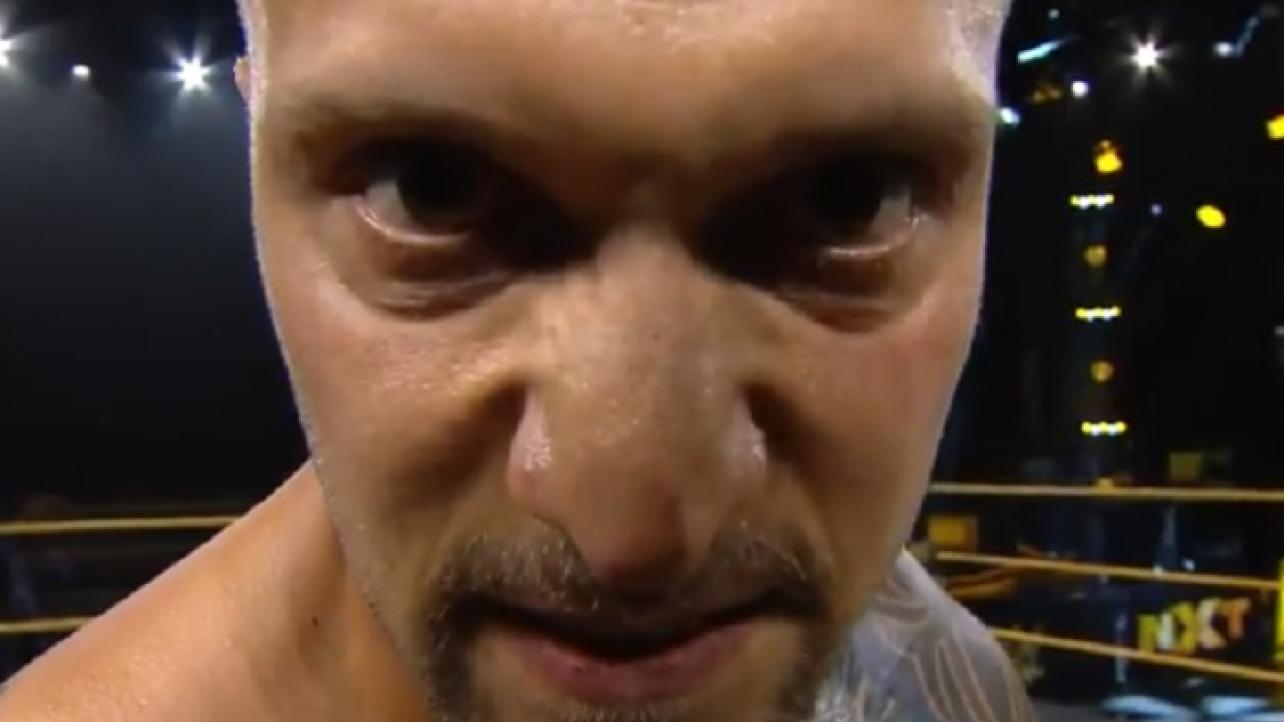 Karrion Kross Reacts To Being Called Out By Randy Orton: “I Was Really Flattered”

Karrion Kross took one step closer to cementing his status as a big-time player within the WWE Universe this weekend.

When he inevitably makes it to the main roster, Kross has a ready-made program waiting for him in the form of future WWE Hall of Fame legend Randy Orton.

During a recent interview with the folks at the Comic Book website, the new top dog on WWE’s black-and-gold brand reacted to the recent call-out made by “The Viper,” noting he was “really flattered.”

Featured below is an excerpt from the interview where the new NXT World Champion talks about being called out by pro wrestling legend Randy Orton.

“I was really flattered. He doesn’t have to acknowledge anybody. The guy is one of the greatest of all time, third-generation, everybody knows his story. I guess he saw something that night and decided to put it on blast. I can’t wait to work with him. When the time is right, I’ll be up there.”

Karrion Kross Reacts To Being Called Out By Randy Orton: “I Was Really Flattered”