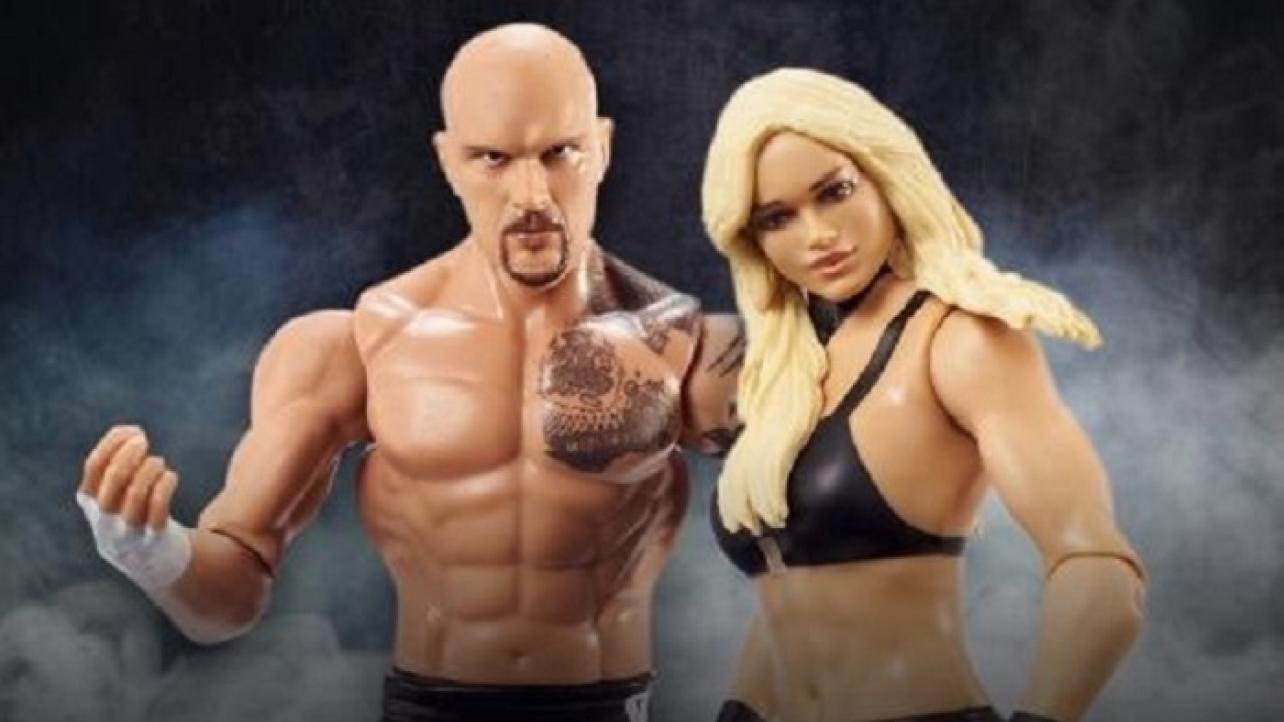 The black-and-gold brand duo of Karrion Kross and Scarlett have finally received their first official action figures since joining the WWE Universe.

The WWE NXT Superstars were featured in some promotional social media content released by WWE on Saturday morning, which shows photos of the first official Mattel action figures of Kross and Scarlett.

Additionally, Scarlett took to social media to share some more photos and comment on getting her first official WWE Mattel action figure.

“I’M A TOY,” she exclaimed, with some shocked-face emojis, as well as links to ordering information for her WWE Mattel action figure at RingsideCollectibles.com.