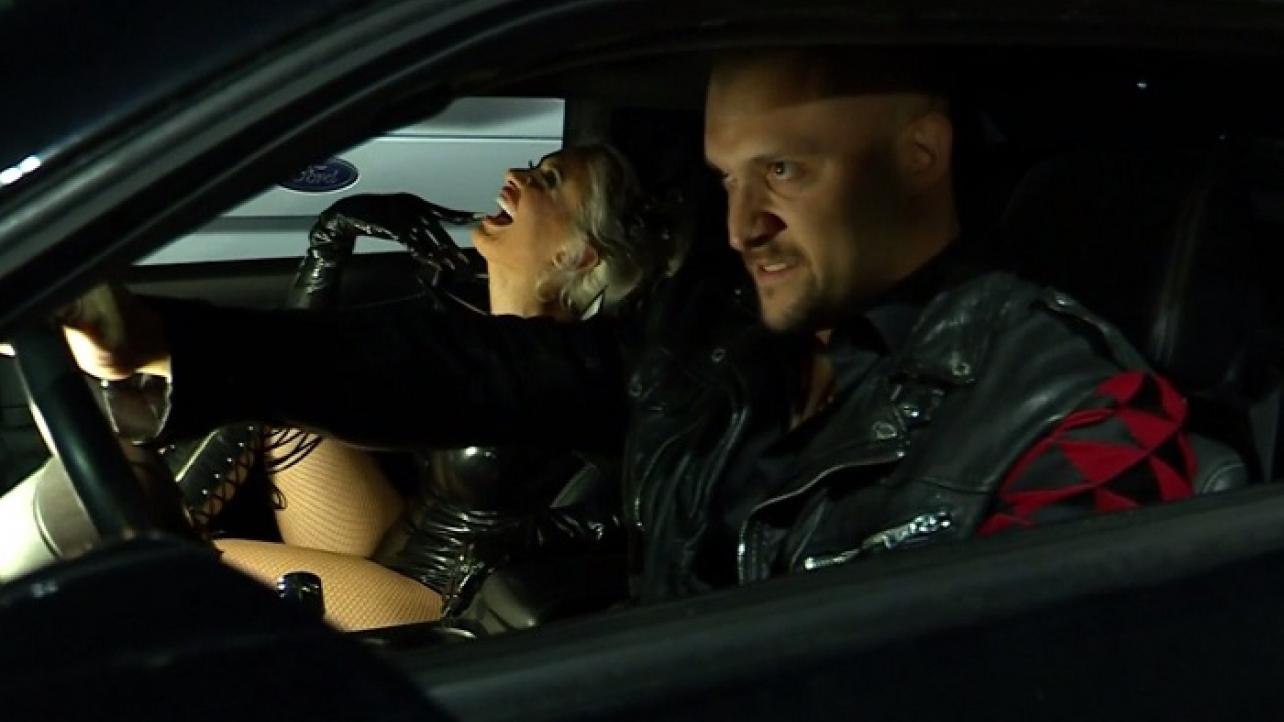 During the discussion, Kross spoke about Scarlett helping take care of him when he was dealing with his shoulder injury, how he plans to make his title run in NXT more compelling than anyone else has and more.

On Scarlett helping take care of him when he was dealing with his shoulder injury in 2020: “While WWE medical was treating me the night I got hurt, she was already researching a recovery course I could start immediately the night it happened. She drove me to pick up a very specific machine from the Performance Center that helped ice the injury, and she helped me in the initial stages of rehab later that very night. She asked me if I needed to go to the hospital and I said, ‘No, I need to go to Wendy’s and grab a Baconator.’ She’s the love of my life. A lot of people don’t know we’re a couple in real life, but we are. She helped me through this entire process, psychologically and physically. She helped me with everything. People love to be invincible on television, but no one really is. I was periodically concerned I wouldn’t come back in the same shape or how my body would respond to hitting the canvas. She was there for me every step of the way, telling me what I needed to hear and not what I wanted to hear.”

On plans to make his NXT title run more compelling than anyone else has: “We have a lot in store. I have different layers people haven’t seen, ones I’ve been deliberating saving for the right time and the right moment. There are so many stories to be told. Light versus dark, good versus evil, and I’m going to take you there. I have a lot more to prove. Stay tuned.”