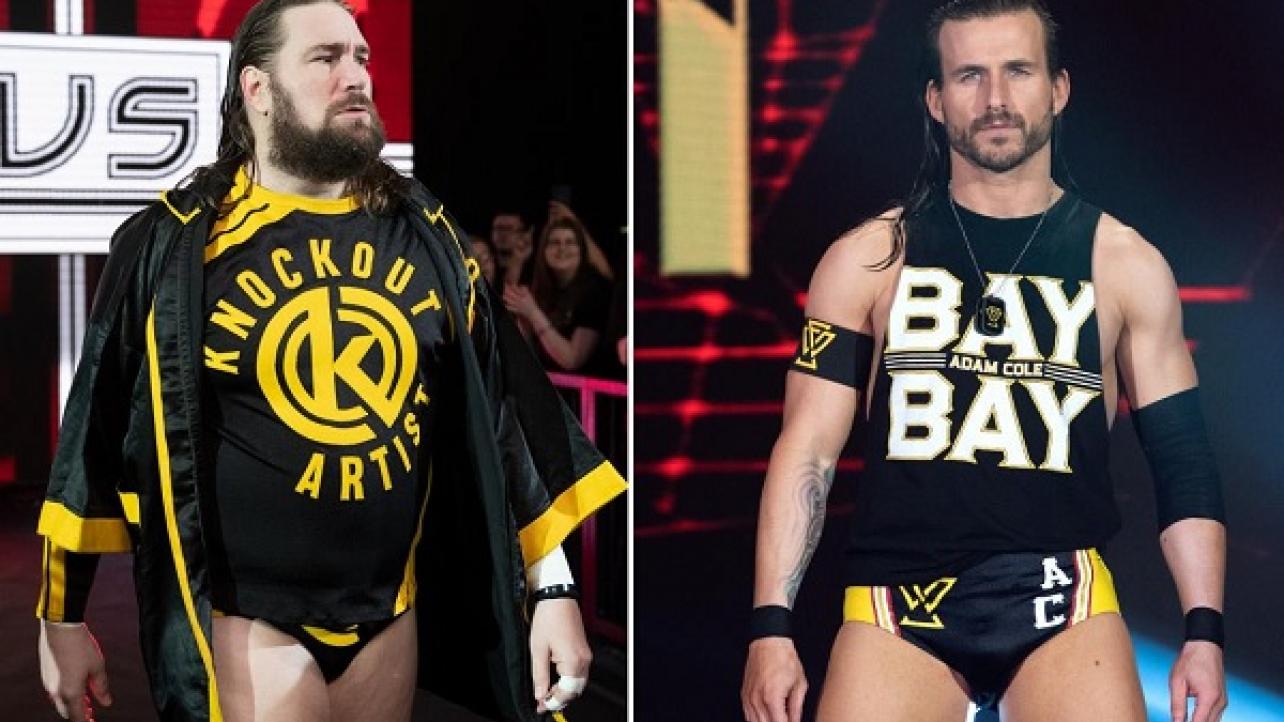 On Friday, WWE announced the opponents for Adam Cole and Kassius Ohno at next month’s EVOLVE Wrestling shows.

After squaring up against Kyle O’Reilly at EVOLVE 125 during WrestleMania Week, EVOLVE Champion Austin Theory will face off against another member of The Undisputed ERA, Adam Cole (“BAY BAY!”).

It was at EVOLVE 121 in Atlanta when Theory first confronted Cole, who was making a guest appearance on the show, and told him that Undisputed ERA should ditch Kyle O’Reilly and instead add him to their ranks. When that didn’t work, Theory posed a direct challenge at EVOLVE 126 before adding, “Cole chokes in big title matches” – an apparent reference to Cole’s NXT Championship Match loss to Johnny Gargano at TakeOver: New York. As tension sizzles between both competitors, Theory will get his match with Cole at EVOLVE 127 on Friday, May 10, at the Monaghan Knights of Columbus Hall in Livonia, Mich.

In addition to his non-title match against Theory, Cole will also compete on Saturday, May 11, at Southside Turners in Indianapolis at EVOLVE 128, where he takes on AR Fox, the first EVOLVE Champion in history, in singles competition.

NXT Superstar Kassius Ohno will also be in EVOLVE action that weekend, teaming with Harlem Bravado in a tag team contest against Fox and Leon Ruff at EVOLVE 127. Right after that date, The Knockout Artist will go up against Josh Briggs, who is eager to send a message, at EVOLVE 128. Ohno will additionally be on hand as a special guest trainer at the WWN Seminar/Tryout in Indianapolis. The seminar is open to all wrestlers, referees and managers who have completed a training course.

Check out the preliminary lineups for both events below. Tickets for EVOLVE 127 and 128 are available now at WWNLive.com.

EVOLVE 127 – Friday, May 10 at Monaghan Knights of Columbus Hall in Livonia, Mich.

EVOLVE 128 – Saturday, May 11 at Southside Turners in Indianapolis

Main Event – Only in EVOLVE Match #1

Adam Cole vs. AR Fox with Ayla & The Skulk

Only in EVOLVE Match #2