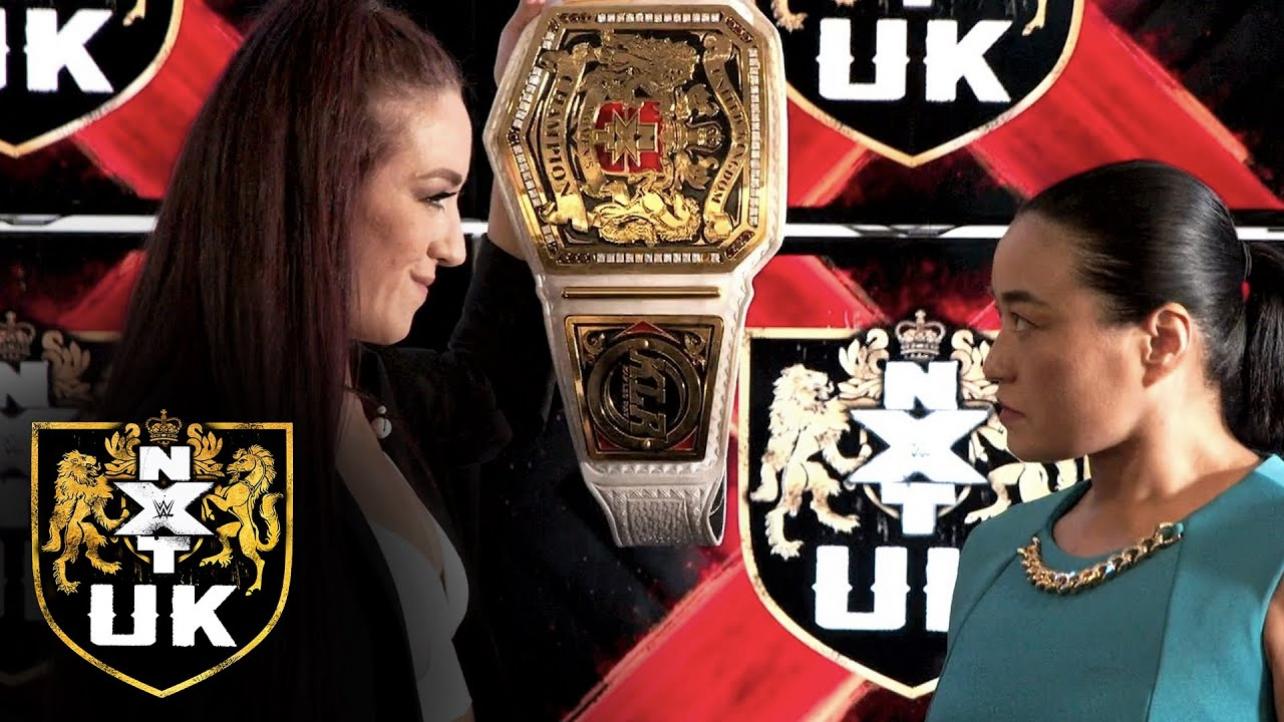 NXT UK Superstar Kay Lee Ray is currently in the middle of a 621 day reign as NXT UK Women’s Champion, but her toughest test to date will soon be in front of her.

On the most recent edition of NXT UK, women’s wrestling legend Meiko Satomura defeated four other women, and earned the right to face the Champion. Kay Lee Ray sat down for an interview with Inside The Ropes, and discussed her upcoming challenger. Check out the highlights:

On what Satomura brings to the brand:

“Everything. She brings everything to NXT UK.”

How Satomura is helping the women’s division become stronger:

“I’ve seen the girls, they’re in awe of her. Like, everything she says, everything she does there, they’re picking up everything, they’re learning everything and this division’s going to get stronger. I’ve said, since I’ve been champion, I’ve seen hunger in their eyes and it’s scary because she’s feeding that. She’s making them better and our division is going to be SO strong, it is so strong already but it’s just growing and these girls are seeing the potential that that can happen here and they’re taken it and running with it and Meiko’s only fueling that fire here.”

On talent she believes could have success in the future: