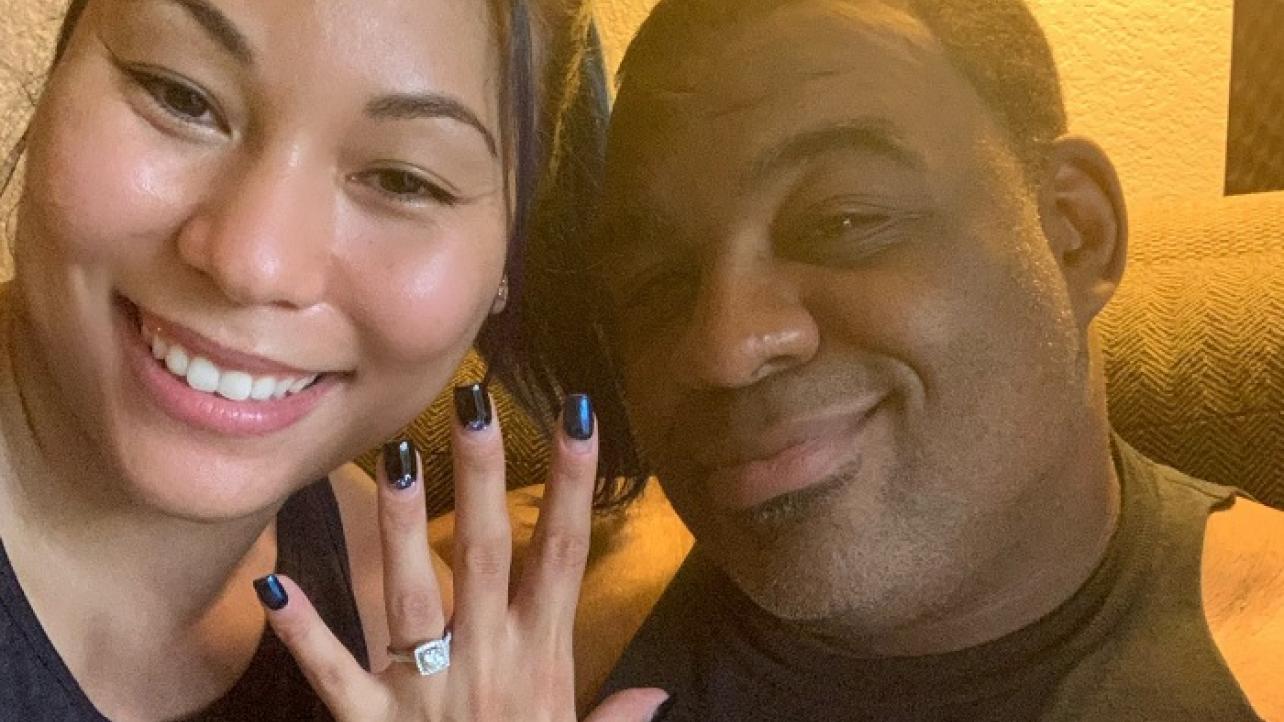 Congratulations are in order for a pair of WWE Superstars.

Keith Lee and Mia Yim took to social media this week to inform their WWE fans about the exciting news that they are officially going to be tying the knot.

Yim took to her official Twitter feed to announce that she said “Yes!” after being proposed to by former NXT Double-Champion “Limitless” Keith Lee.

In the tweet announcing the news, Yim shared a picture of the two as well as the engagement ring on her finger that Lee proposed to her with.

“I said yes,” wrote Yim in the caption that accompanied the aforementioned photo. “Mr. & Mrs. Lee.”

We here at eWrestling.com would also like to extend a sincere congratulations to Keith Lee and Mia Yim on this exciting chapter in their journey through life together.

Check out the engagement ring photos of Mia Yim and Keith Lee via the post embedded below courtesy of the official Twitter feed of the WWE Superstars.

REACTION: KEITH LEE, MIA YIM GET ENGAGED TO BE MARRIED