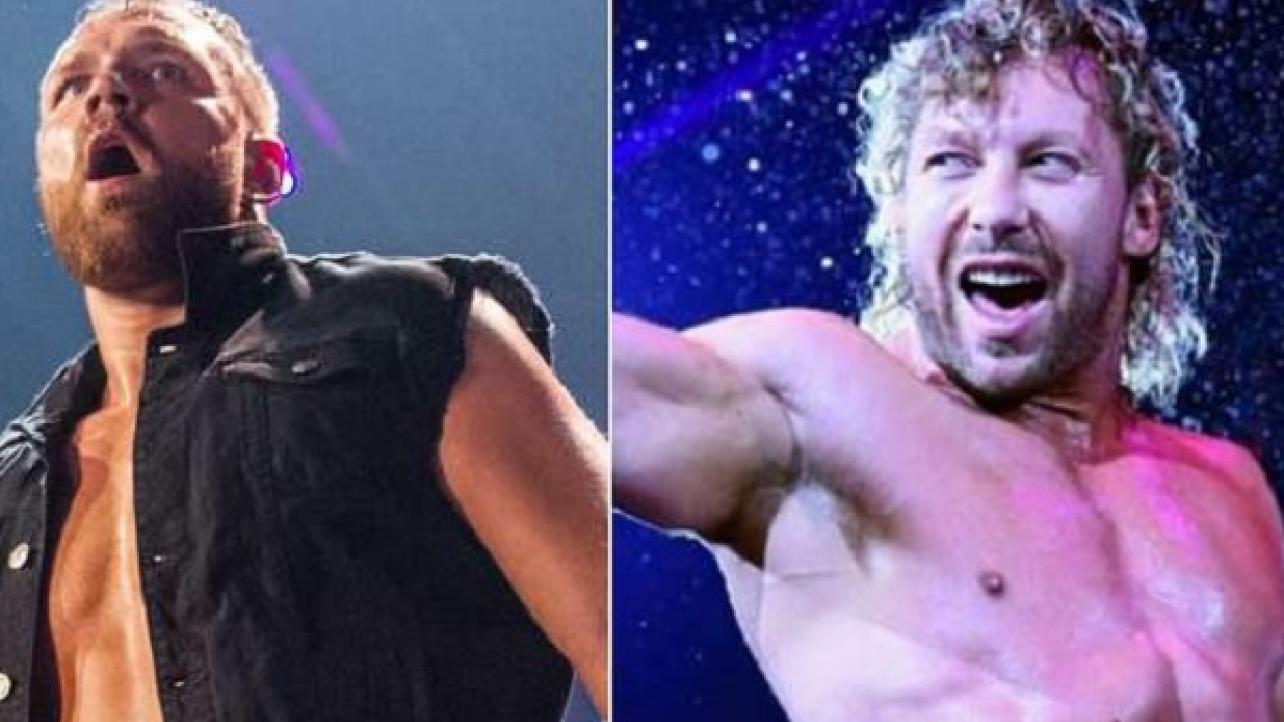 Kenny Omega spoke with Chris E. Hayner (@ChrisHayner) of Game Spot for an interview to promote his six-man tag-team match alongside The Young Bucks against the trio of the Laredo Kid and the Lucha Bros at AEW Fyter Fest on June 29th, as well as his one-on-one showdown against Jon Moxley at AEW All Out on August 31st.

During the discussion, the AEW EVP (Executive Vice President) spoke about the lessons he learned from AEW’s initial pay-per-view offering Double Or Nothing, back on May 25th at the MGM Grand Garden Arena in Las Vegas, Nevada.

“I mean, you really have to take a look at the good and the bad, the positives and negatives, and you have to be very constructively critical about your own performance,” Omega said. “Now that we’re essentially running the show, we have to be critical about what we can improve moving forward. So for me, I’m a real tough critic of myself, and so I unfortunately always look at what can we improve moving forward.”

From there, Omega broke down some of the specific issues he noticed during the Double Or Nothing show, which were mostly production-related.

“So for me, some production issues,” Omega started. “We can clean up some of the camera work. Some of the audio issues.”

He continued, “I didn’t like that I could barely hear my theme music, you know what I mean? But these are things that are such an easy fix. The things that we got right were actually the hardest things on the show [to get right]. We gave a full show, from start-to-finish, that looked completely different from start-to-finish. No one match appeared similar to one another.”

Additionally, Omega explained that former WWE Superstar Dean Ambrose, who signed a multi-year contract with AEW and made his debut as Jon Moxley at the end of his Double Or Nothing main event match against Chris Jericho, will finally be truly “tested” when the two face off at All Out on 8/31.

“I don’t want him to think that he’s going to get a free ride,” Omega said of Moxley coming into AEW with a massive momentum of coming fresh off of his multi-year run as a top Superstar in WWE.

According to Omega, now that Moxley is free from the creative restraints that he was forced to deal with in WWE, he will finally have the platform to prove whether or not he can perform at the top-level in all facets of the business.

Omega concluded, “Now, can he have the type of performances that AEW is going to command from him? This is the real test.”

Kenny Omega squares off with Jon Moxley in their first-ever one-on-one showdown at the AEW All Out PPV on Saturday, August 31st at the Sears Centre in Chicago, Illinois. Prior to that, he will reunite The Elite trio with Nick and Matt Jackson to face-off against Laredo Kid and the Lucha Bros in a six-man tag-team match at the AEW Fyter Fest show at the Ocean Center in Daytona Beach, Florida on Saturday, June 29th.

Make sure to join us here at eWrestling.com on 6/29 and 8/31 for live play-by-play results coverage of the AEW Fyter Fest and AEW All Out events.

I had the pleasure of chatting with @KennyOmegamanX last week about all things @AEWrestling. #AEW Take a look, via @GameSpot: https://t.co/wseevdS5pk pic.twitter.com/z9cBXbpiVT