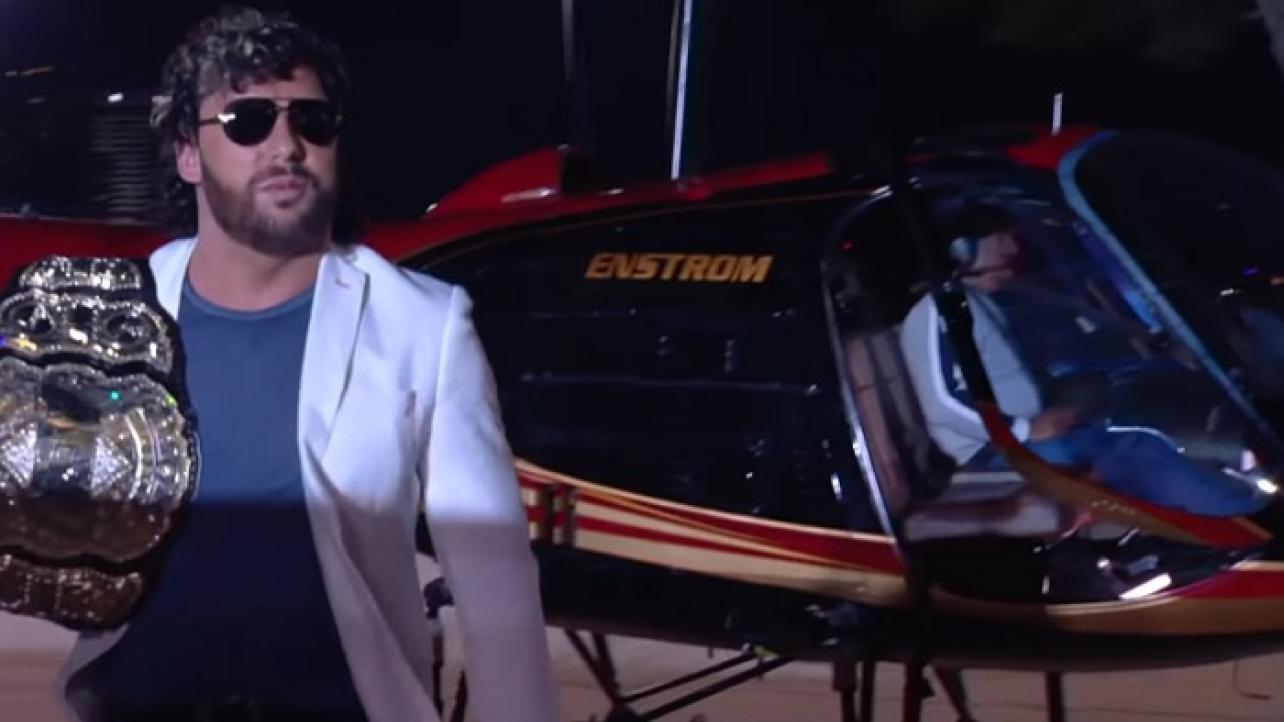 During a recent interview with Sports Illustrated, the AEW World Champion spoke about a number of pro wrestling topics, including the anticipation leading up to his aforementioned title match at the PPV this coming Sunday night at Daily’s Place in Jacksonville, Florida, the recent work AEW has done with outside promotions such as New Japan Pro Wrestling (NJPW) and IMPACT Wrestling and more.

Featured below are some of the highlights of the new SI interview with AEW World Champion Kenny Omega.

On putting pro wrestling fans first with the recent collaborations with other promotions that AEW has done thus far in 2021: “We’re putting the fan first. That’s why it’s worked out with Impact, that’s why it’s working out with New Japan. We’re operating in a more exciting environment, and we are now seeing that the industry wins because of it.”

On his belief that to the best, you have to be able to do everything: “A standard I set for myself is that I can’t call myself the best in the world unless I can do everything. So yes, a huge, long match at the Tokyo Dome, with no restrictions, no agent, I can do that. I can also go on TV and have a performance everyone is talking about, one where I was supposed to have 21 minutes but then I only had 18, plus told a story after the match. That’s part of being the best, too.”

On enjoying the anticipation from the fans leading up to his Exploding Barbed Wire Death Match against Jon Moxley at AEW Revolution 2021: “I love that anticipation, the waiting. We’re taking a piece from history, from Hayabusa, Jinsei Shinzaki, Tarzan Goto, and [Atsushi] Onita, and some of the North Americans that went to FMW—but those were matches you wouldn’t see on TV. Back then, you had to trade for the tapes. There was the anticipation, followed by that raw fun when you watched. That’s what I want to capture. There is going to be a certain level of excitement and even anxiety watching this match, a level of curiosity that won’t let you look away. This is going to be a more visceral experience, where so many of the senses, ones you don’t normally use when watching wrestling, are heightened. When people see this play out in the ring, it’s not going to be boring. I want to capture the unknown, all that excitement and anticipation.”

Check out the complete interview at SI.com, and make sure to join us here at eWrestling.com this Sunday night for live AEW Revolution results coverage, including the Exploding Barbed Wire Death Match between Kenny Omega and Jon Moxley.