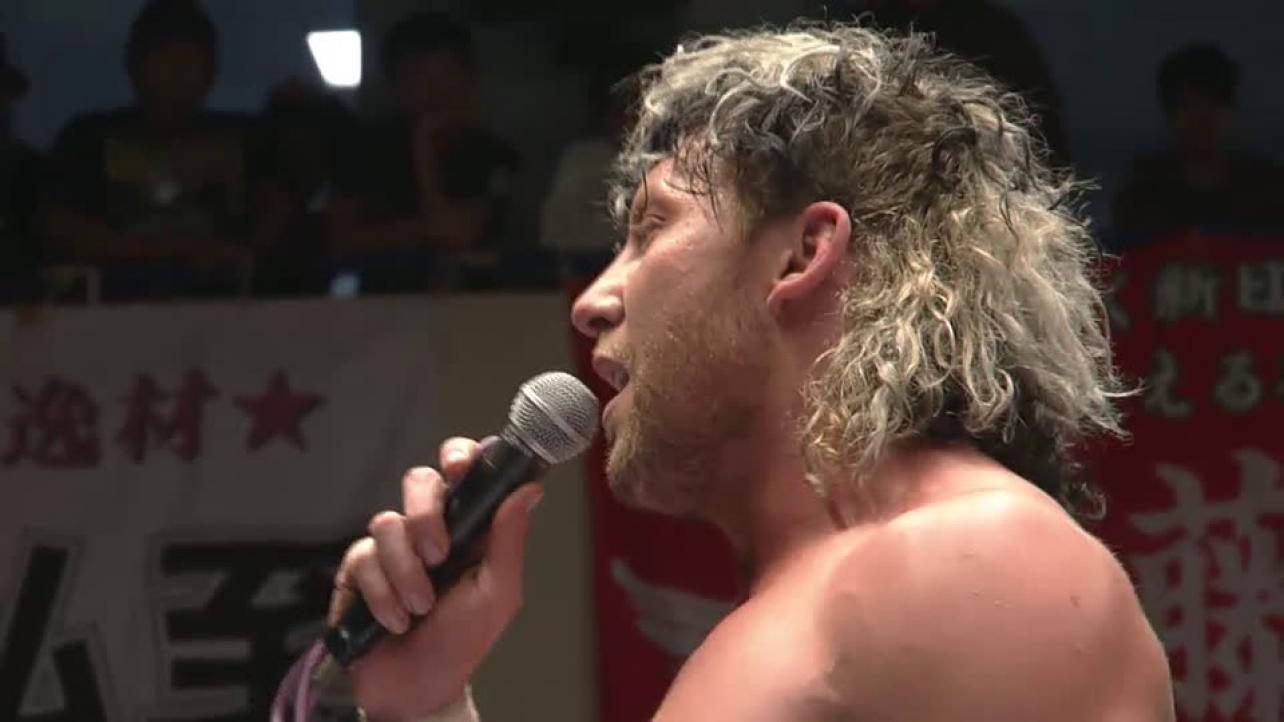 Kenny Omega On Reigns Claiming To Be Best Worker In The Business, Jericho & More

IWGP United States Heavyweight Champion Kenny Omega recently spoke with the folks from Bleacher Report for an interview. Below are some of the highlights.

On Roman Reigns claiming to be “the best in-ring performer” in the business today: “I don’t know if Roman was put up to saying a comment like that from a social media team or if it was something that he consciously thought of himself. But I thought it was pretty smart of him to do — to say — that, because it became instantaneously a topic that people were talking about. And just because it sounds so ridiculous. You know what I mean? By no means do I actually think he believes in those words. There’s no possible way. … I don’t have to feel like I have to speak up about it. It is what it is, and I understand that it’s a fun thing for fans to generate interest in the product. I take absolutely zero offense in him saying it. Especially, since it’s quite clear that the fact of the matter is much, much different.”

On the origins of his match with Chris Jericho at Wrestle Kingdom 12: “Callis had joked with Jericho about saying like, ‘Hey, what if the next time you decide to reinvent yourself, it’s not with WWE—it’s with coming to New Japan and challenging Kenny? Ha ha ha.’ And Chris never laughed at the joke. And I guess Don sort of picked up that Chris seemed more intrigued rather than entertained by the thought. He kinda went above Chris’ head, and he messaged me directly. And he had said, ‘Hey Kenny: what-if scenario. What if you could wrestle Chris Jericho at the Tokyo Dome?'”

On wanting to work with The New Day, despite not being part of WWE: “We really wanted to do something with a New Day, who was — at that time — they were sort of the hottest trio in all professional wrestling. And not only that, we were friends with the guys. So, we had really thought it’d be cool to go up and above everyone’s heads and make the appeal that we wanted to make this match happen. I’d sort of been discouraged of ever trying to create a cross promotional match. The New Day angle fell flat on its face. I just sort of thought that from here on in, trying to even challenge WWE guys, if there was no payoff, there’s no reason for it. It would’ve been dumb. So I never thought the Chris Jericho thing would actually become anything.”

Check out the complete Kenny Omega interview at BleacherReport.com.

Kenny Omega On Reigns Claiming To Be Best Worker In The Business, Jericho & More