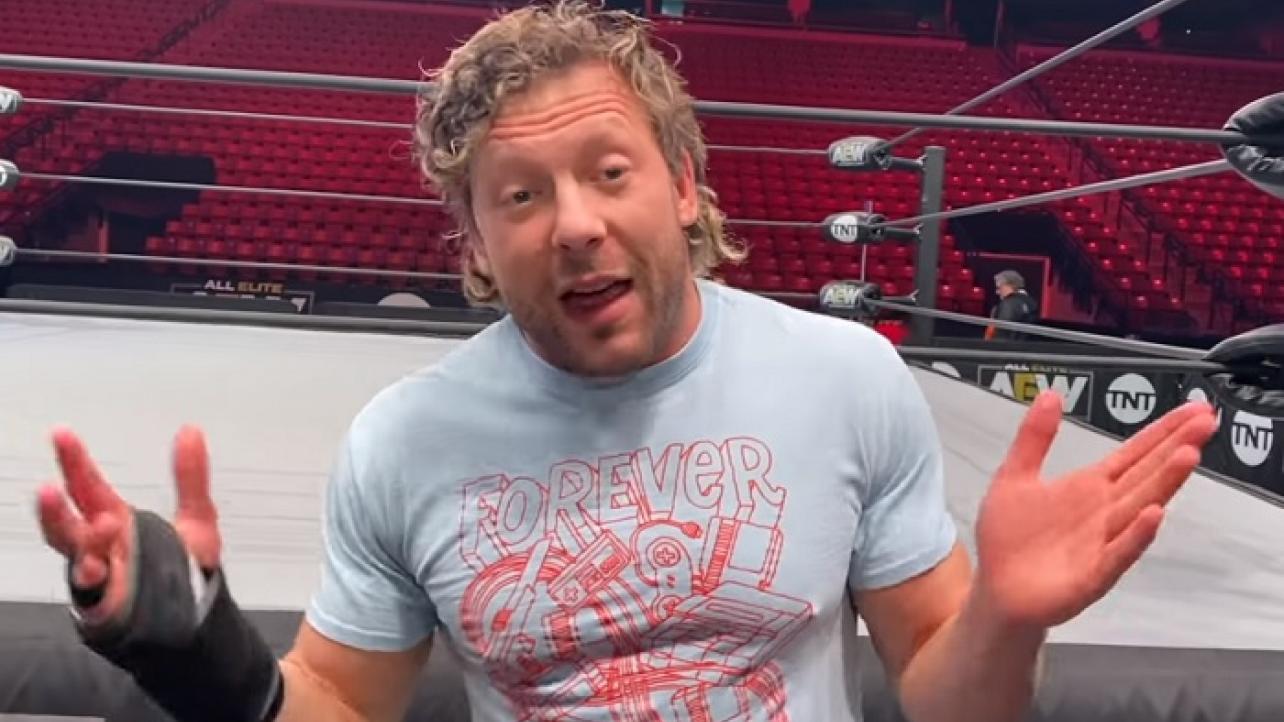 As noted, Kenny Omega recently spoke with Sports Illustrated for an interview to promote his AEW Championship defense against Jon Moxley in their highly-anticipated Exploding Barbed Wire Death Match at this Sunday’s AEW Revolution 2021 pay-per-view.

In addition to the highlights we posted from the interview earlier today here on the website, the pro wrestling veteran also spoke about such topics as wanting his AEW persona to differ from the one he portrayed during his memorable run in NJPW, how he is constantly attempting to challenge himself and more.

Featured below are some of the additional highlights from the new SI interview with AEW Champion Kenny Omega.

On the Exploding Barbed Wire Death Match being an incredible idea: “The idea itself is incredible. You touch the ropes and they explode. This is a match that was made famous about 30 years ago in FMW. It’s not like a cage match where you have a pretty good idea about what you’ll see. With this, there are going to be so many unexpected parts.”

On how he is constantly attempting to challenge himself throughout his career: “No matter the idea, regardless of the outrageousness of it, you can’t shock Moxley. He’ll say, ‘You really want to do some of this stuff? What’s wrong with you?’ Then he’ll say, ‘OK.’ And he speaks from a place of confidence. He has a full commitment with no hesitation, which is what you need in a match like this. I’m just trying to make my tool chest as big of a tool chest as you can do. I’m constantly challenging myself in all sorts of manners within wrestling.”

On wanting his AEW persona to show a different side of himself from the character he portrayed in NJPW: “I despise when I come across as too arrogant, but I never doubted that I could do this. I’ve been hearing for over a year these expectations of what I was supposed to be in AEW. It was just a copy-and-paste of the ‘Tokyo Dome Kenny Omega,’ which would essentially have monopolized all of our programming. If that were the case, an hour would have to go to my matches. I believe too much in our roster and our vision to ever want to do something like that. This is my opportunity to show to a much broader audience that I can show a different side to my work, do these skits, which the people who watched Being the Elite already knew, and accomplish a whole new set of goals.”

Check out the complete interview at SI.com, and make sure to join us here at eWrestling.com this Sunday night for live AEW Revolution 2021 results coverage, including the Kenny Omega vs. Jon Moxley Exploding Barbed Wire Death Match for the AEW Championship.