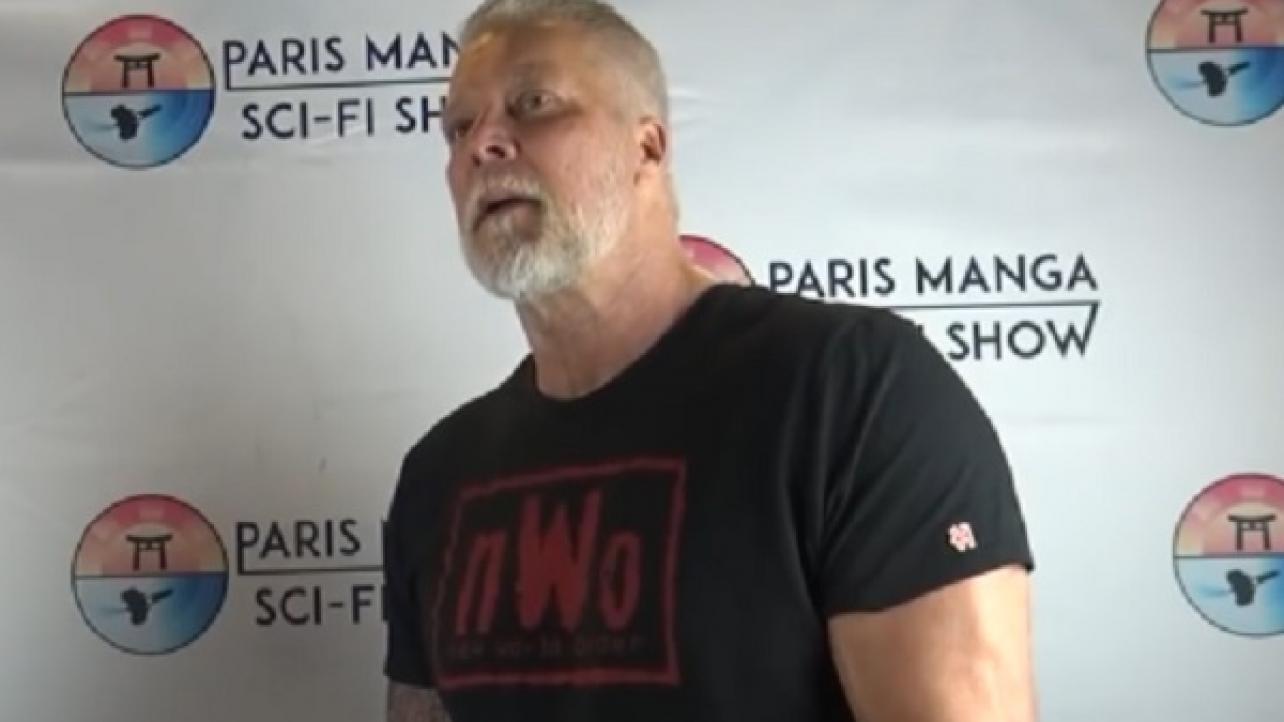 As noted, Kevin Nash recently spoke with Catch Au Quotidien for an in-depth interview that covered a number of interesting pro wrestling topics. Featured below are some additional highlights and video excerpts from the interview.

On what he would do if he were offered an AEW executive job from Tony Khan: “My closest friend in the business is Paul Levesque (Triple H). If I was going to work in the office for somebody, it would be with WWE. I mean, I wish them well, I wish Tony [Khan] and the guys well. I think it’s great that somebody’s putting some money out there and guys are getting paid again, and there’s a chance for them to get the most for their time in the ring.”

On what he would do if he were the head booker for WWE right now: “[I would] somewhat change the format. It’s just that it starts out pretty much the same every week where somebody comes down, cuts a promo, they get cut off and basically, the main event is set up in the first 15-to-20 minutes.”

On WWE having so many hours of weekly TV to write between their respective brands and his experience on the WCW writing team in the past: “When I was booking, we had to write three hours of Nitro and two hours of Thunder, but since Thunder’s together, you had to book Nitro around to fit between that Thunder to make that work. So you were booking 10 hours of TV every Wednesday, and flipping it and flipping it. If one person got hurt, or it would be timing. It was just, logistically, a nightmare.”