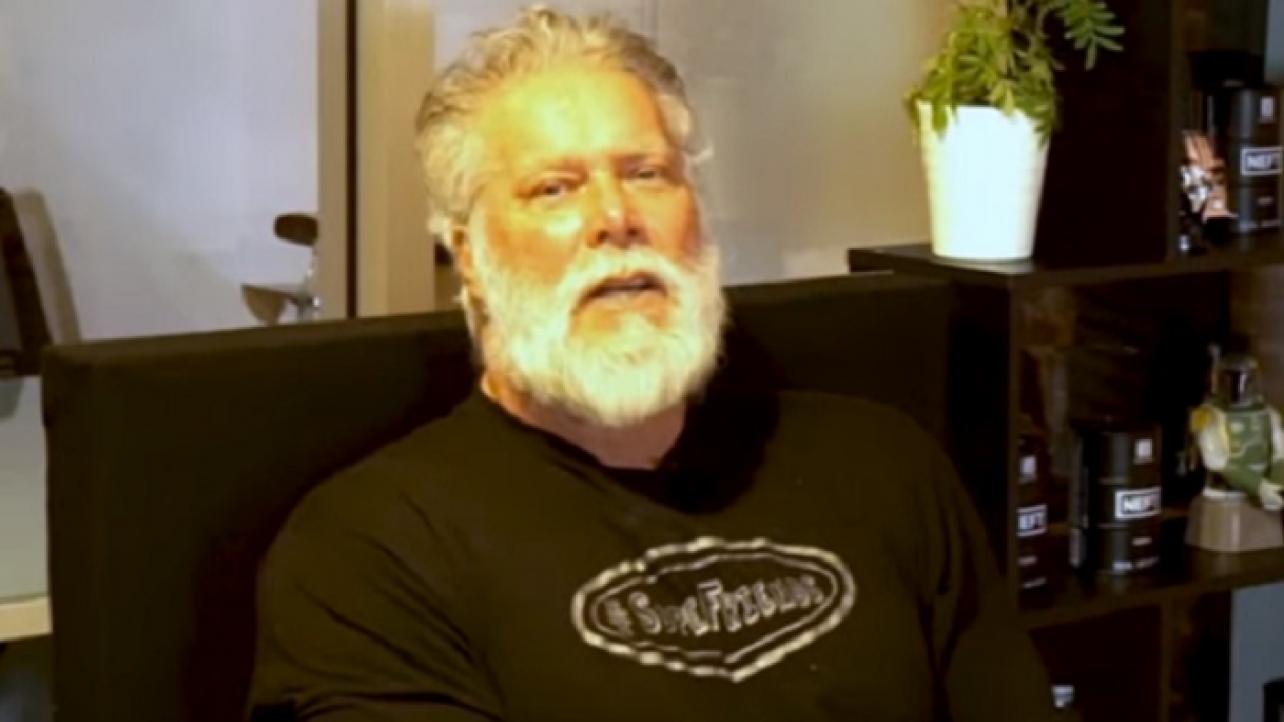 Kevin Nash Reflects On His Reaction To Past Royal Rumble Match: “F*ck This Sh*t!”

WWE Hall Of Fame legend Kevin Nash recently appeared as a guest on the X-Pac 12360 podcast for an in-depth interview covering all things pro wrestling.

During his appearance, “Big Sexy” spoke about some of his favorite moments in the history of the WWE Royal Rumble match, including his thoughts on how some of the spots in the 2014 match were laid out by Jamie Noble.

Featured below are some of the highlights from the interview where “Big Daddy Cool” touches on this particular topic.

This was the one they really wanted to focus on Roman [Reigns] and Jamie Noble was the guy that set up the match, and nothing against Jamie Noble, I don’t think Jamie Noble — I don’t think his forte is f*cking Royal Rumbles,” Nash said. “So they set it up so like he was gonna eliminate a ton of guys but the way they laid it out was basically while Roman was doing — his move-set took too long to set up. The way they had it laid out, basically there was like four of us in a corner with our d*cks in our hands. If you ever watch it back, I make eye contact with him because I’m gonna come, he’s gonna pull the rope, I’m just gonna go over the top. So I make eye contact with him like, ‘I’m coming,’ right? I give him the iggy, like I’m coming and I run at him, he does this [doesn’t follow through]. F*ck me. So I get hit a couple times, then I go stand in a corner with my d*ck in my hand. It’s time to go, he does it and I get my arm caught in the f*cking ropes which I’ve never in my life [done]. I thought for sure I tore my bicep. I didn’t get hurt but I just said to myself, ‘You know what? F*ck this sh*t. I’m going to do the indies. I’m going to have some fun.’

Check out the complete episode of the X-Pac 12360 podcast at Apple.com.

Kevin Nash Reflects On His Reaction To Past Royal Rumble Match: “F*ck This Sh*t!”