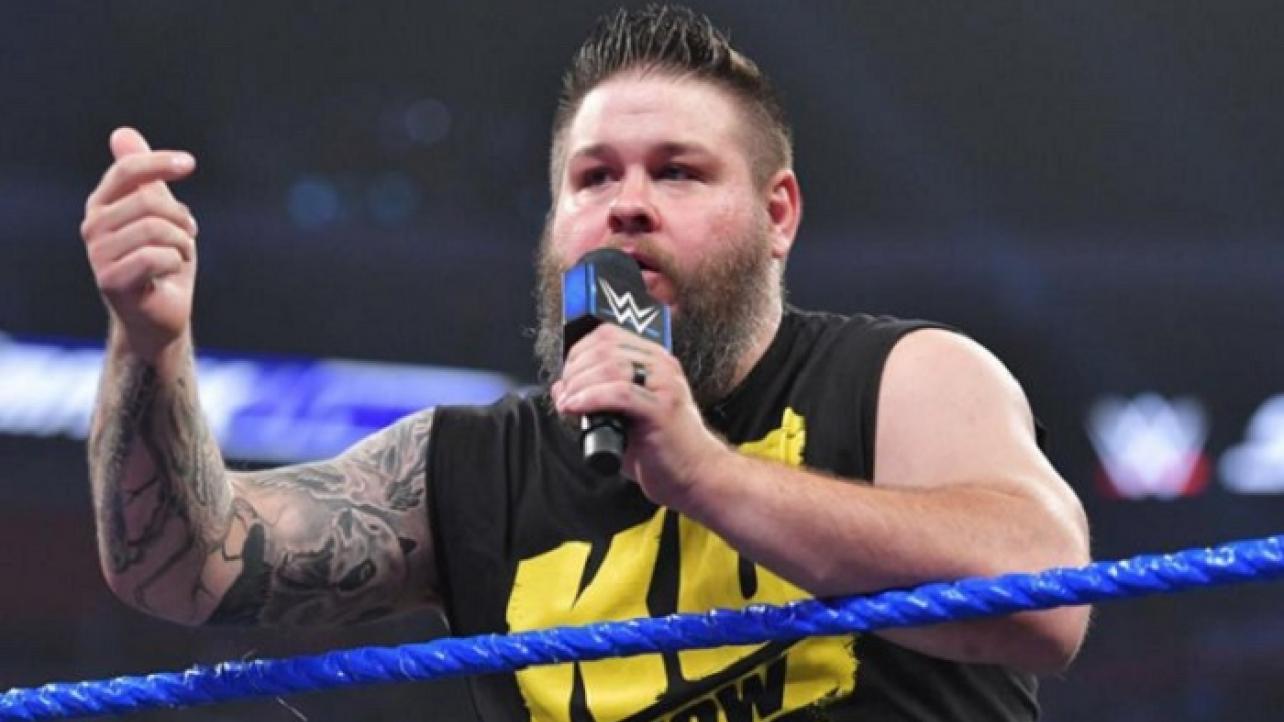 After the WWE TLC 2020 pay-per-view went off the air on Sunday night, Kevin Owens took to social media to thank his fans.

The man who came up short in his attempt to dethrone Roman Reigns from “The Head of the Table” in their TLC match for the Universal Championship at Sunday night’s TLC 2020 PPV took to Twitter right after the show.

“Thanks to you all,” wrote Owens, after failing to defeat “The Tribal Chief” due to numerous outside interferences throughout their grueling TLC showdown at the company’s year-end PPV event over the weekend.

As noted, on Monday morning, WWE announced that Reigns and Owens will be meeting again, as the two are scheduled to square off in a steel cage match with the Universal Championship on-the-line once again this coming Friday night on the post-TLC 2020 episode of Friday Night SmackDown.

Following that announcement, Owens jumped back on social media to make a couple additional Twitter appearances.

“Can’t stay down,” wrote Owens. “Won’t stay down,” he added in the first tweet responding to the announcement of the aforementioned steel cage match for the Christmas Day episode of Friday Night SmackDown later this week.

In another tweet, Owens replied to a fan who asked why he doesn’t have any friends.

“Consequences of my actions for many years,” Owens wrote. “Also, the Riott Squad wasn’t at the arena.”

When asked why WWE Intercontinental Champion Sami Zayn didn’t help, Owens quipped, “I won’t let him near me until he gets a haircut.”

“Nor Matt Martel or Chase Parker,” responded the official WWE On FOX Twitter page to Owens, to which Owens shot back, “Correct.”

Check out all of Kevin Owens’ post-WWE TLC 2020 tweets from Sunday night and Monday morning below.

Consequences of my actions for many years. Also, the Riott Squad wasn’t at the arena. https://t.co/dSG0nVByNo

I won’t let him near me until he gets a haircut. https://t.co/Yq2Rd4NA2N