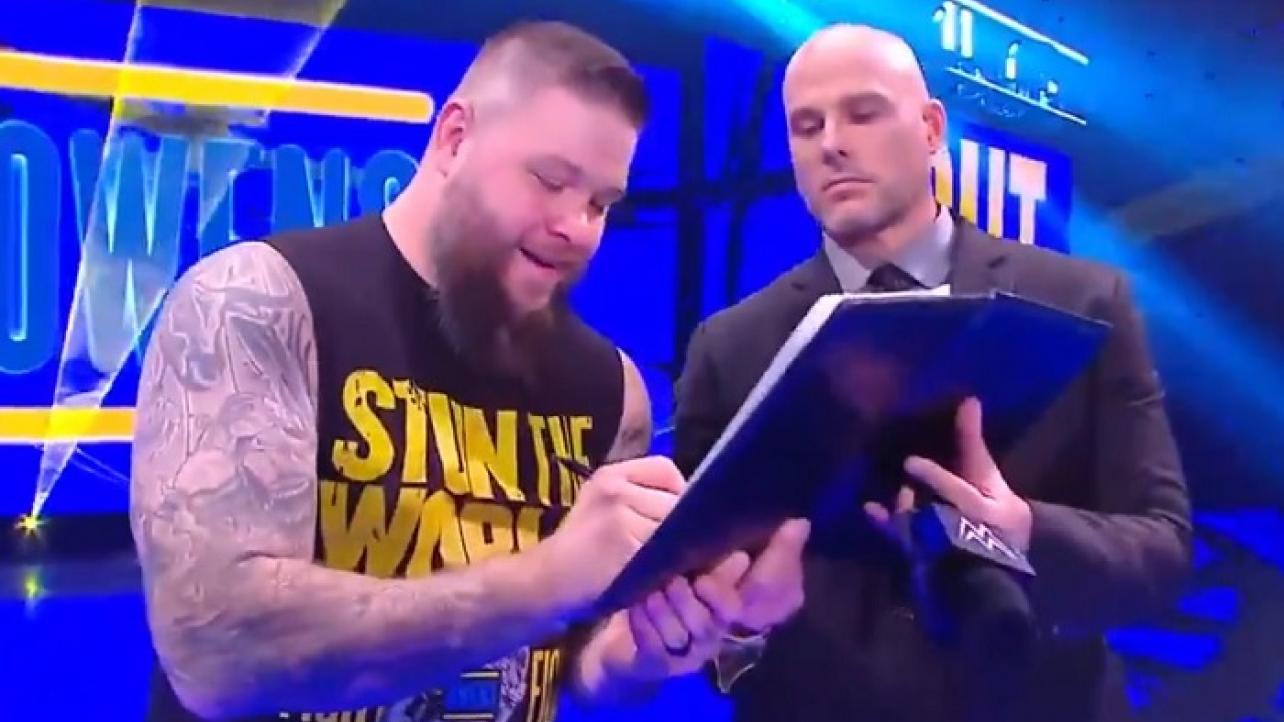 Kevin Owens will remain part of the WWE Universe for the forseeable future.

According to a report at Fightful Select, the longtime pro wrestling veteran has signed a new deal with WWE.

Owens’ previous contract with the company was reportedly set to expire at the end of January. While the details of his new deal are not yet clear, it is said to be a multi-year agreement.

WWE reportedly made an “excellent offer” to Owens to convince him to stay, and are said to be “over the moon” with excitement and relief that he will be sticking with the company.

The negotiations between Owens and WWE began this past fall.

Kevin Owens is scheduled to compete in the Fatal-4-Way match for the WWE Championship at the next pay-per-view on New Year’s Day, with Owens vs. Bobby Lashley vs. Seth Rollins vs. Big E. set to co-headline the first-ever WWE Day 1 special event at the State Farm Arena in Atlanta, Georgia on Saturday, January 1, 2022.

We will keep you posted here at eWrestling.com as updates regarding Kevin Owens’ WWE status continue to surface.

Make sure to join us here at eWrestling.com on New Year’s Day for live WWE Day 1 results coverage from Atlanta, GA!