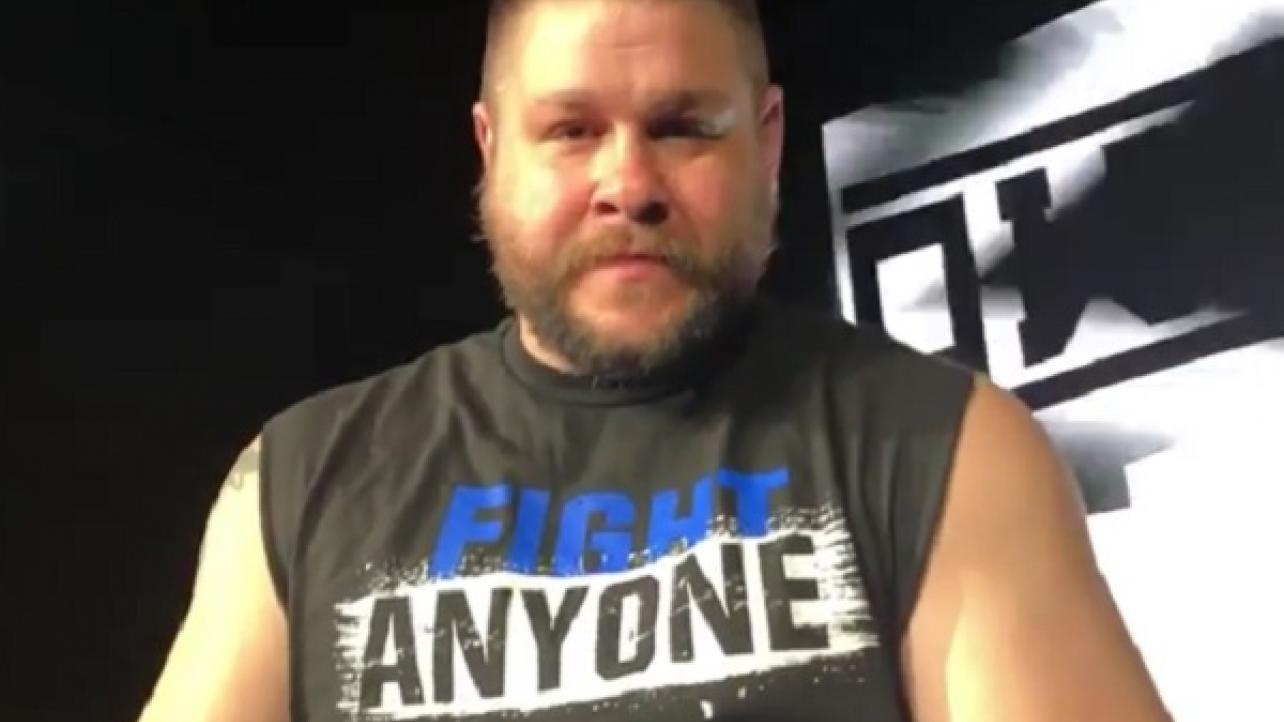 Kevin Owens Reveals Who He Would Like To Face At WrestleMania

As noted, Kevin Owens recently spoke with Chuck Carroll of CBS Sports for an interview. In addition to the highlights we posted earlier today, Owens spoke about who he would like to face heading into WrestleMania.

Owens was asked who he would like to face in a WrestleMania match during the interview, and he referenced a close friend, but not Sami Zayn.

“(Whatever) I would do would lead to me and Finn Balor at WrestleMania next year, because he and I came to WWE the exact same time,” Owens said. “We didn’t know each other before we got there. We became pretty close pretty quickly when we did get to the NXT Performance Center.”

Owens continued, “He’s been my best friend ever since, so I’d love to share the ring with him on that stage in WrestleMania.”

Check out the complete Kevin Owens interview at CBSLocal.com.

Kevin Owens Reveals Who He Would Like To Face At WrestleMania