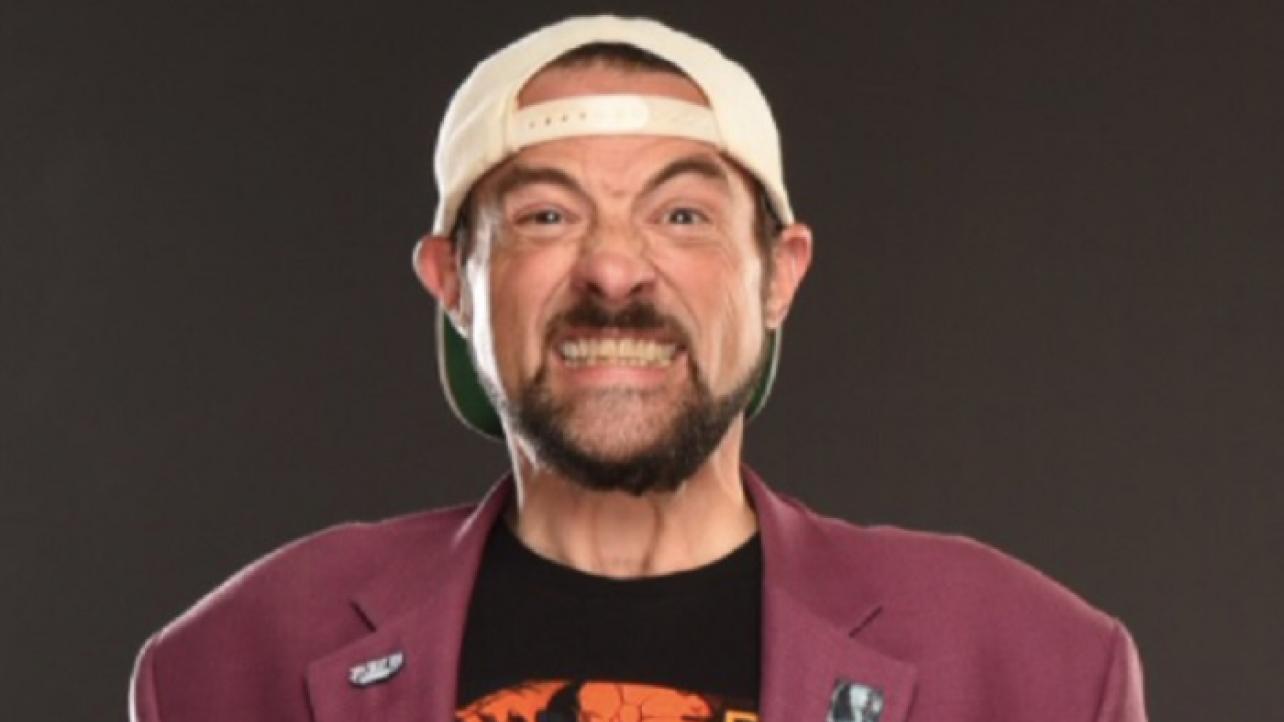 Kevin Smith recently spoke with ET Canada for an interview, during which he expressed his desire to appear on AEW again.

The actor and filmmaker spoke about his hopes to return to AEW in the future, their ability to do celebrity cameos in a cool way and more.

On how he hopes to return to AEW in the future: “In a heartbeat, I would go back. I love Jericho. So anything he needs from me, I’ll happily go do. I imagine we’ll kind of jump back out into the ring when it’s around ‘Clerks III’ time. As we saw recently, Rosario [Dawson] got involved which was pretty awesome.

On AEW’s ability to do celebrity cameos artfully: “AEW does it very artfully. It doesn’t feel like, ‘Oh this guy is doing it to reach a brand new audience.’ It feels like they’re doing it because it’s part of the fun.”

On his thoughts on cinematic matches in wrestling: “Pretty incredible. Think about it. The sport has been around long enough that you’ve seen every variation that there is to see in terms of storylines and action. It’s a foregone conclusion that sooner or later they would be like, ‘Let’s make it a movie, for heaven’s sake…’ They can do it every week on the show. They have some of the best writers in the business, some of the most creative and whatnot. Writing dialogue on the fly in many cases. I feel like we’re going to see a lot more cinematic [matches]. Not just cinematic, but multimedia takes on a sport that we’ve seen presented the same way since it became a cable phenomenon. How do you keep them in your seats after all these years? You always have new crops of people coming in, but how do you keep the old f**kers sitting around? You start showing them some new things. You start showing them a version of what they are achingly familiar with that can reinvigorate their interest all over again. Why not make it look good? We’re talking about film and entertainment, take your time and throw up some lights and you’re going to have something that looks as good as something you’d see in a movie theatre.”