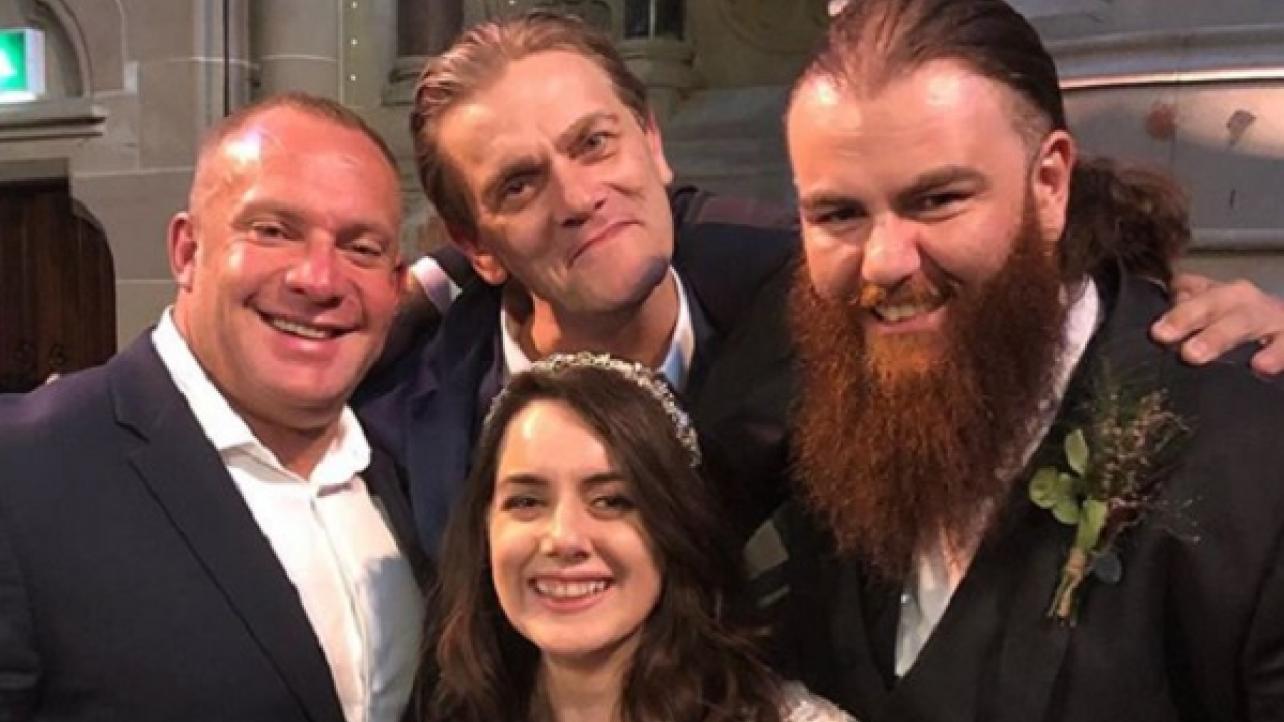 Another WWE couple tied the knot this week.

Killian Dain and Nikki Cross, formerly of the SAnitY faction were married at a wedding ceremony held in Glasgow, Scotland this week.

The couple have been together for a few years and were engaged last year.

Cross is currently working on the RAW brand on the WWE main roster and is scheduled to be in Alexa Bliss’ corner for her SmackDown Women’s Championship match against title-holder Bayley at this Sunday’s WWE Stomping Grounds pay-per-view. Dain recently returned to work for WWE’s black-and-gold brand, as he turned back up in NXT.

The WWE Superstars are two of four performers for the company to get married this week, as 205 Live General Manager Drake Maverick and former Mae Young Classic tournament participant Renee Michelle also tied the knot at a wedding ceremony on Thursday.

Check out photos of Killian Dain and Nikki Cross’ wedding ceremony in Glasgow, which featured several WWE and NXT U.K. Superstars, as well as WWE Performance Center Coach Robbie Brookside, above and below.

Very rare 2 genuine people achieve their dreams together! So pleased to have been a witness to their success! @killiandain @nikkicrosswwe #happilyeverafter