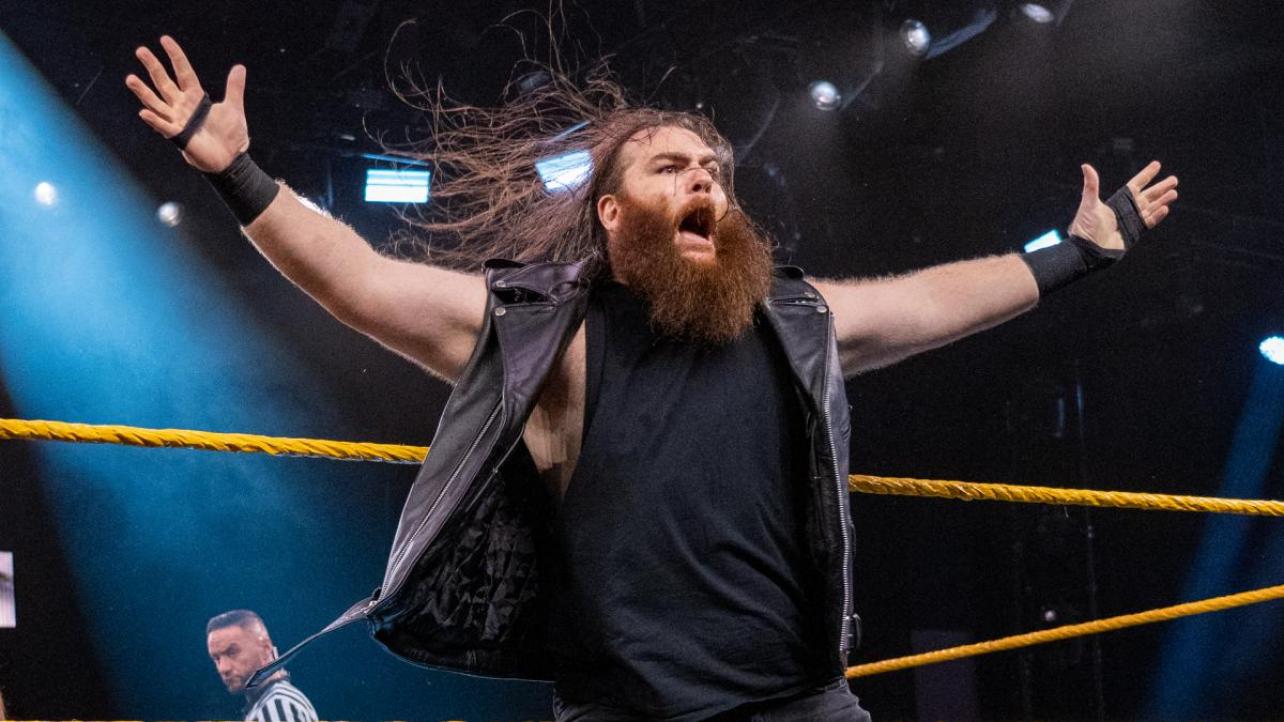 Killian Dain Talks WWE Release, Says There Were Plans For Him In NXT UK

Pro-wrestling star Damo (fka Killain Dain in WWE) recently joined Ringside Rant to discuss his WWE release, as well as a slew of other topics, including how he and Eric Young were set to travel for an NXT UK program prior to the COVID-19 outbreak happening in 2020. Highlights from the interview are below.

Says the NXT UK brand was discussed as a potential landing spot:

“A bunch of times [a move to NXT UK was discussed]. So when I first started with NXT, the UK was being talked about as a possibility. So I was all set to go in the first tournament and things like that and then I was put into SAnitY so then that changed everybody’s perception because I couldn’t really go and be like a national representative for Northern Ireland or whatever in the first tournament, while also being a crazy guy back in the States so… I mean even when we were first talking about it, I was speaking to some of the people who were creating it. We were talking about names because they were worried about offending people and whatever else, because calling something the UK — WWE UK, sorry, and then bringing in Irish people and whatever else. ‘Was it gonna be a problem?’ Whatever, so there’s all kinds of crazy questions when it first started, but yeah, we talked about it right at the start and then later on again, there was another time I was meant to go over and it just didn’t happen. I think we were getting promoted. I think that just didn’t become a possibility but when I was up on the main roster and we had a couple of good moments and a couple of bad moments and I said to Triple H, I said, ‘Listen, if there’s anything on NXT, NXT UK just to supplement this, I’d be more than happy to do it’ because for me personally I think I was 33 or 34 and I was ready to go, ready to wrestle so literally the first thing that did happen when I did come down to NXT was we went over to the Download Festival and I got to do a few matches at Download Festival with the NXT UK guys which was awesome for me because a lot of those guys, I knew from the scene or I trained.”

Says there was a pitch for him and Eric Young to work UK Takeover Dublin in a feud against Alexander Wolfe and Imperium:

“One of the craziest things is right before COVID, right before COVID was about to hit, myself and Eric Young at the time were gonna go to NXT UK and we were gonna feud with Alexander Wolfe and Imperium with the potential of ‘will he? Won’t he?’ With Wolfe so, but COVID hit, releases happened, things changed, there’s no travel to the UK. All the guys over there were completely isolated from us. We were isolated from them. In fact, we, you know, I guess everybody across [there] was isolated from us so there was no more crossover and sadly that wasn’t gonna happen but the craziest part of it all for me was it was gonna be an NXT Dublin which would have been utterly outrageous and that would have been the best possible experience for me, but it sadly wasn’t to be and with the way COVID went and everything else but, it’s one of those cool ‘what if’ scenarios that E.Y. [and I] will text each other about and stuff so…”

Killian Dain Talks WWE Release, Says There Were Plans For Him In NXT UK