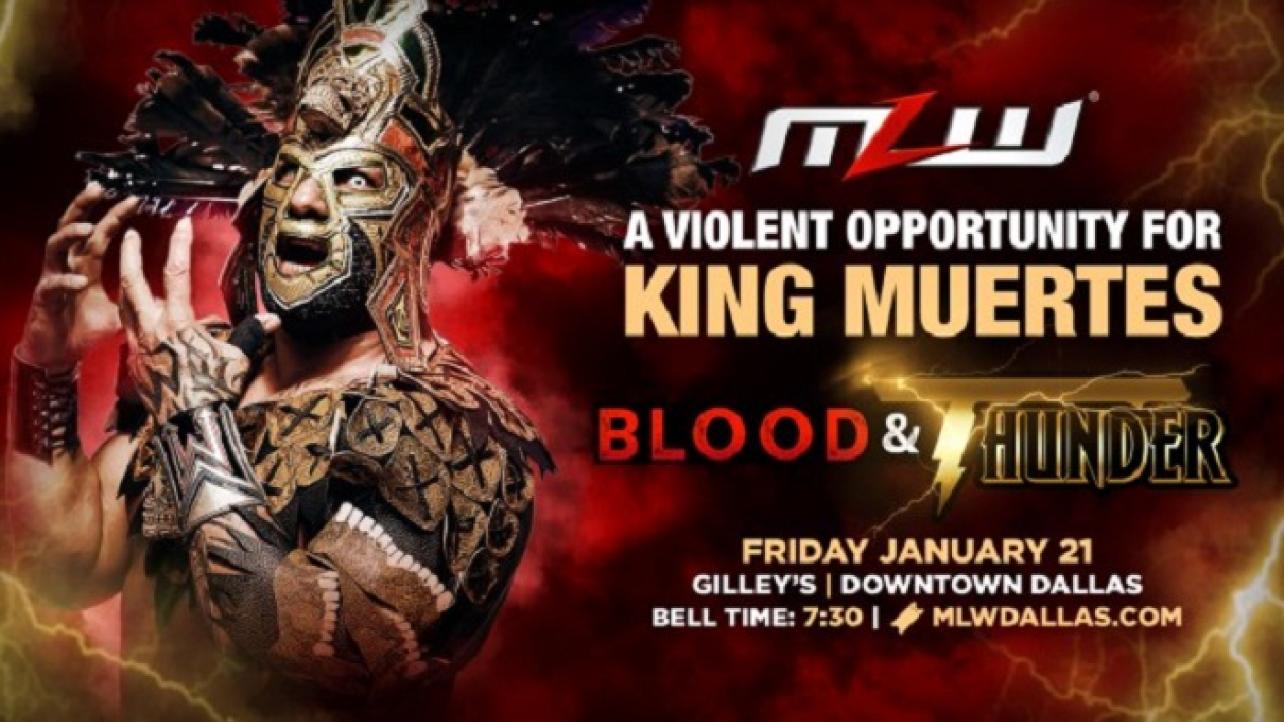 This week, MLW issued a press release to announce former Lucha Underground Champion King Muertes for their Blood & Thunder event — which includes their Fusion television taping — on January 21 at Gilley’s in Dallas, Texas.

“The Man of 1,000 Deaths” King Muertes is coming to MLW Blood & Thunder at Gilley’s in Dallas this Friday, featuring an MLW Fusion TV taping.

The reigning Caribbean Champion has an unquenchable thirst for violence. After participating in the savage attack on Alex Hammerstone a few weeks ago, King Muertes has been described as a caged tiger, waiting to be unleashed once again… and Cesar Duran has acquiesced.

What will this violent opportunity be? Find out this Friday in Dallas as MLW presents Blood & Thunder!

A violent opportunity for King Muertes

MORE ABOUT THE VENUE
Gilley’s is just a 10-minute walk south of the Convention Center in Dallas, conveniently located at the epicenter of Dallas.
The world-famous venue opened its doors in 1971 and has played host to a who’s who in sports and entertainment, including being featured in movies such as Urban Cowboy. The venue offers modern facilities, parking, and easy accessibility. Gilley’s provides the highest quality service makes the venue a premier event destination.

The venue is located at:

⚠️Tickets for the postponed September 11 card will be honored only at MLW’s March 31 card. Get your tickets NOW to see MLW’s new January event.