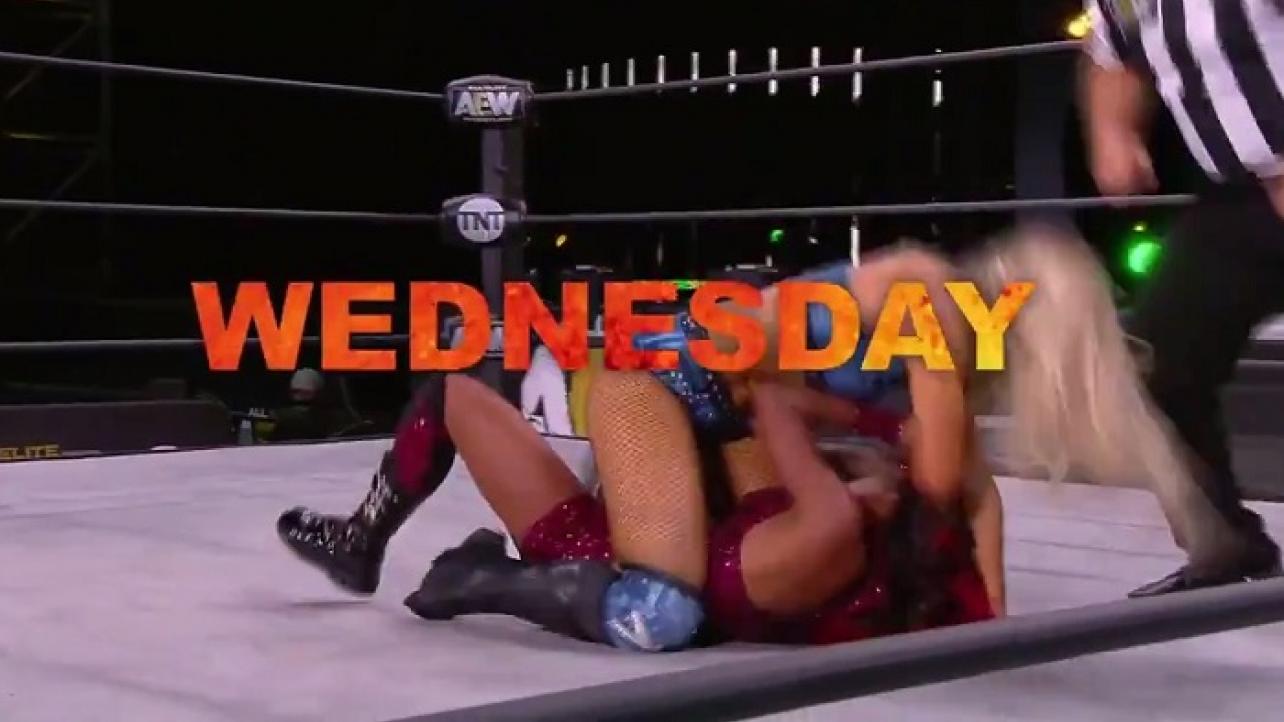 All Elite Wrestling has made some updates and changes to the advertised lineup for this week’s episode of AEW Dynamite on TNT.

Although it was initially announced for this Wednesday night’s episode, Abadon vs. Tay Conti will no longer be airing on the show this week.

As previously reported, the match was taped last Thursday and was ended early when Abadon took an elbow to her throat that resulted in her having difficulty breathing.

According to Dave Meltzer at F4WOnline.com, a Shawn Spears match is rumored to air in place of the originally scheduled Abadon vs. Conti bout on this Wednesday night’s broadcast on TNT.

Additionally, AEW announced via social media on Monday morning that Eddie Kingston will go one-on-one with Matt Sydal on this week’s show, which also features Cody defending his TNT Title against Orange Cassidy in a Lumberjack Match, the two semifinal bouts in the ongoing AEW World Title Eliminator Tournament, as well as the advertised Inner Circle Town Hall with Chris Jericho and MJF.

Featured below is a look at the updated lineup for this week’s edition of AEW Dynamite on TNT, which takes place on Wednesday night, October 28, 2020 from Daily’s Place amphitheater in Jacksonville, Florida.

Make sure to join us here at eWrestling.com on Wednesday night for LIVE AEW Dynamite Results coverage from Jacksonville, FL.