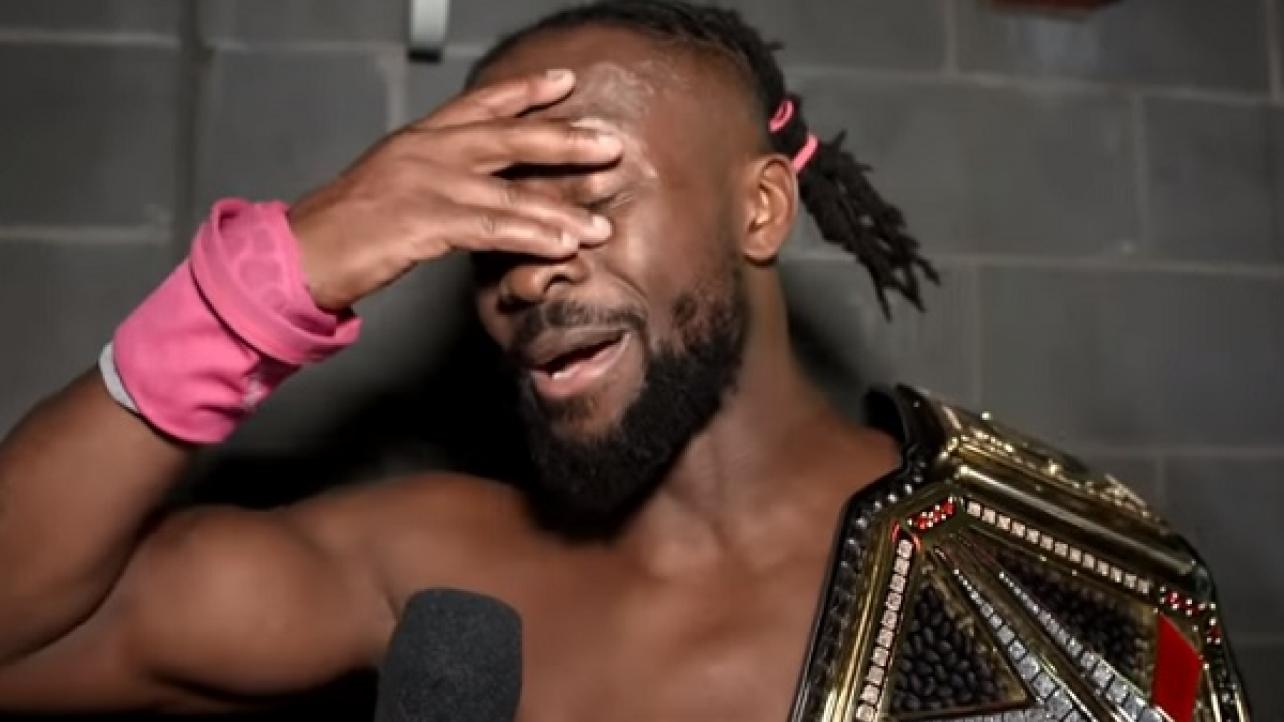 As his media blitz continues after coming out of WrestleMania 35 as the new WWE Champion and one of the most-talked-about stories and “feel-good WrestleMania moments” in history, Kofi Kingston chimed in with popular mainstream website TMZ Sports for a discussion about the possibility of The New Day breaking up.

As noted, WWE has even fueled the speculation about The New Day breaking up in Monday and/or Tuesday night’s 2019 WWE Superstar Shake-up draft in a feature they released at WWE.com this weekend. This of course led to even more rumors that due to Kingston now being a WWE Champion with some legitimate individual momentum, mixed with the fact that it’s time for the WWE Superstar Shakeup where it could be done organically, as opposed to the forced-feeling faction dismantling that we have seen so many times over the years in WWE, now could be the time to break up the band.

At least for now.

According to the leader of the group and the current leader of WWE’s main roster blue team, as a decorated veteran in WWE who is currently the top dog as the WWE Champion of the SmackDown Live brand, The New Day will not be breaking up anytime soon as long as he has anything to say about the matter.

When asked during the TMZ Sports interview about the possibility of Big E. turning heel and The New Day breaking up, Kingston explained why that “just won’t happen.”

“I don’t understand why people say that, we’ve said since the beginning of time the philosophy of New Day is to lift your brother up, that is the goal,” Kingston told the celebrity-gossip media outlet. “I think the stereotypical path to take with all these factions, when somebody has success, one of them goes off and does something on their own. Someone wants success, one of them goes off on their own. That’s like very typical.”

Kingston added, “Anyone who has seen New Day on TV or whatever, is atypical. When we come out, we skip and clap, I twerk, I wear unicorn horns, we wear pink and blue, we throw pancakes out, ice cream, Booty-O’s. Everything is not your typical story, so for us to break up is the opposite of New Day, just doing the standard fair. It just won’t happen. Everything we do, we do together.”

The longtime veteran of WWE now has the chance to have a shot at a run as the top singles star on a top WWE main roster brand, and when asked what his plans are now that those are the playing conditions on the field, Kingston promised he has many ideas to implement that could make his run as WWE Champion “historic” and “legendary.”

“What I want to do is be a champion of the people and give them what they want,” Kingston told TMZ Sports. “Whether it be fantasy matches or whatever it is. I really want to be the best champion I can possibly be.”

Check out video of the complete TMZ Sports interview with WWE Champion Kofi Kingston below.