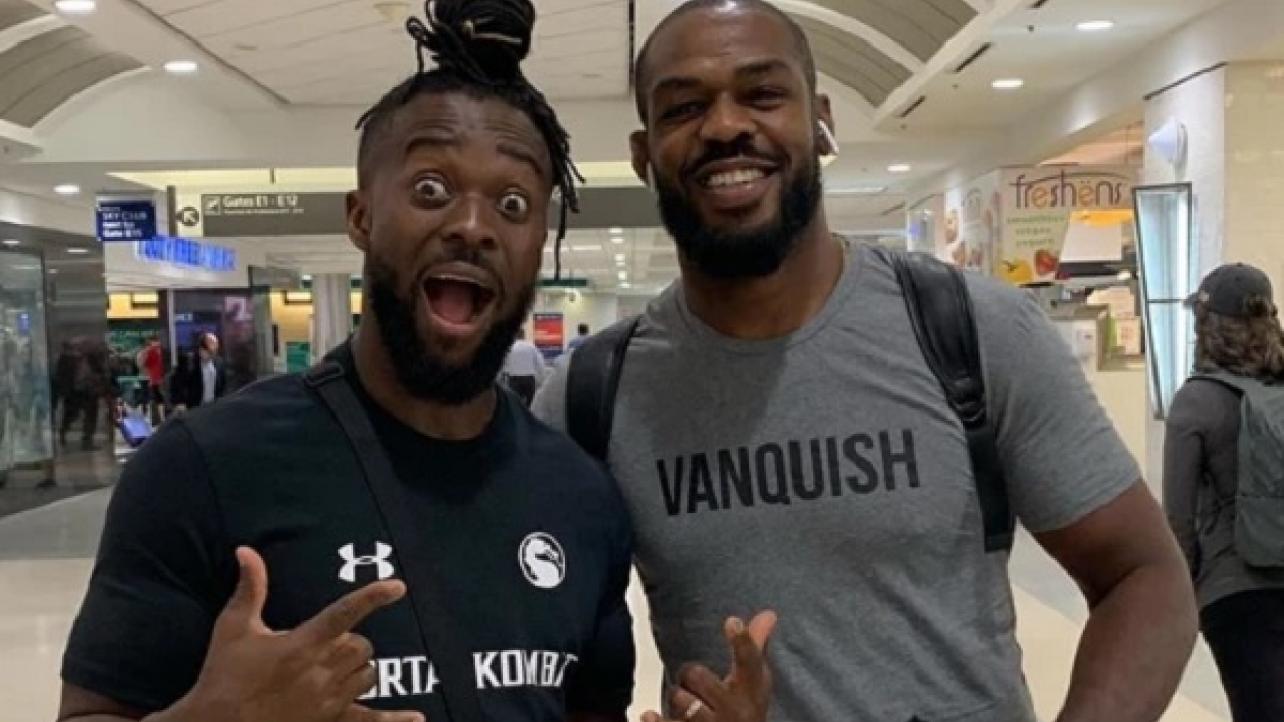 The WWE Champion reveals that he was taking a picture with a fan at the airport when he saw the MMA legend and future UFC Hall Of Famer walking in the background.

“We were at the airport getting ready to go to Europe, and somebody was taking a picture of me smiling for their selfie, and I see Jon Jones, and I’m like, ‘Oh! Excuse me for one second. Hey, Jon, can I get a picture? Because he’s one of the greatest of all-time, one of the greatest fighters of our time.”

Kingston would go on to praise Jones as being a top athlete before expressing what an honor it was to meet him.

“You just appreciate the level of skill. I always appreciate being in the presence of great athletes, people who are great at what they do. It was cool, he was really laid-back, real humble, it’s always awesome when you see somebody on television that you appreciate and then you see them in real life and they’re a good person, too. It was a real honor meeting him.”

He then talks about Jones’ potential to make an appearance in the WWE.

“He’s definitely got the height, he’s got the skill, and from what I see, he’s got the right attitude, but we’ll see. I think a lot of people would love to see Jon Jones in there. We’ll have to see what his hips look like if we wanted to put him in the New Day, you know what I’m saying? That crossover is always so cool to see. How many people are fans of WWE and want to come in and play a character, or have a match in some way shape or form. Floyd Mayweather, another guy who was able to come in and do that. A lot of people have been able to come in and crossover, that’s the appeal WWE has.”

(H/T and transcribed from Wrestling Inc)