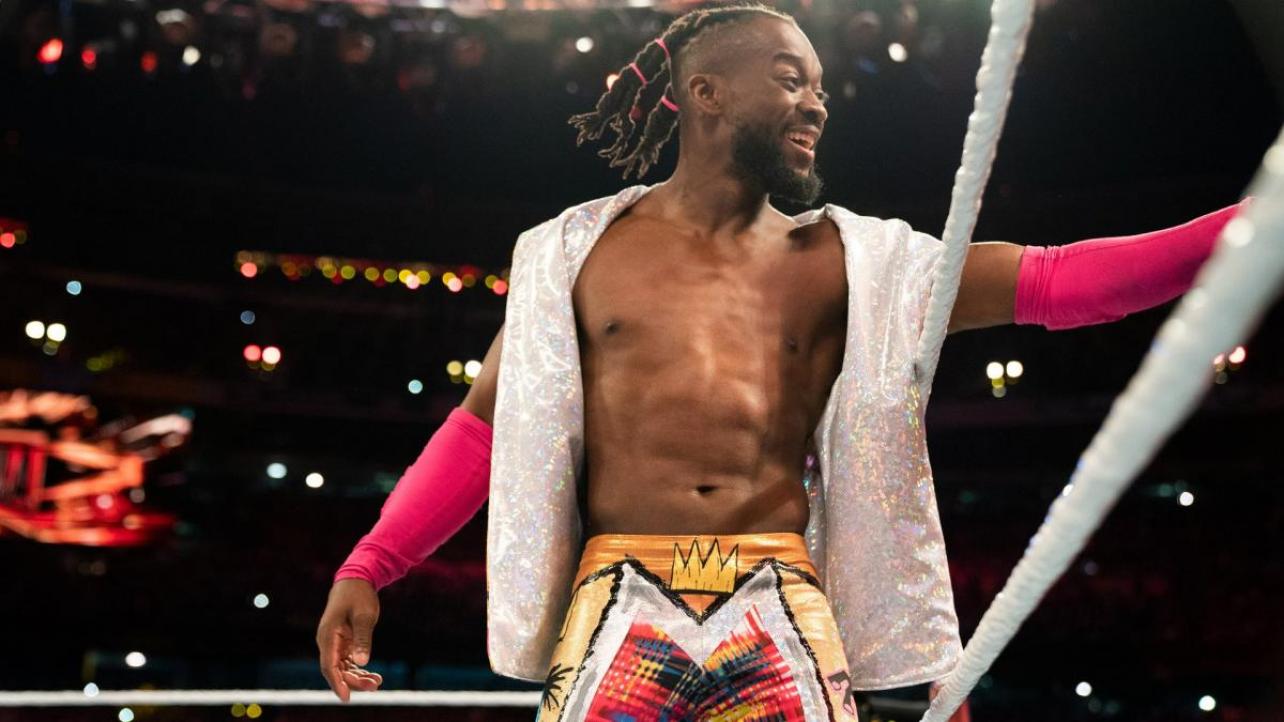 A few days ago, WWE Superstar Kofi Kingston spoke to The Dallas Morning News, where he discussed the return of fans at WWE events. Kingston also discussed both UpUpDownDown Championship belt’s, and more. Check out his comments below.

On the WWE Universe returning to live events:

“Man, so, so excited. It’s been so long since we’ve actually had fans consistently. We had a little taste of it at WrestleMania, and that was great. But now we’re going to have it consistently. … The way that the WWE product is supposed to be consumed is in front of a live crowd because we feed off that energy and vice-versa. … Like I said, it’s been way too long. Everybody has been starving. People have been starving for this live entertainment in the WWE ring and we’ve been starving for the people.”

“The UpUpUpDownDown Championship and the LeftRightLeftRight Championship is very emotional. We put our hearts and souls into video games. When we lose to the like of Tyler Breeze, Adam Cole, and Cesaro and all those CHUMPS on the LeftRightLeftRight side, it really hurts. You saw the still shots of Xavier and myself, legitimately shocked, and then we have to go about the rest of our day. It just lingers and lingers in my mind. Moreso in Woods’ mind because this is his baby, the UpUpDownDown channel that he created from the ground up, from zero subscribers to over two million, the fastest growing YouTube video game channel in the history of the world. That’s Woods. Now, we have Tyler Breeze as the LeftRightLeftRight Champion is disgusting.”