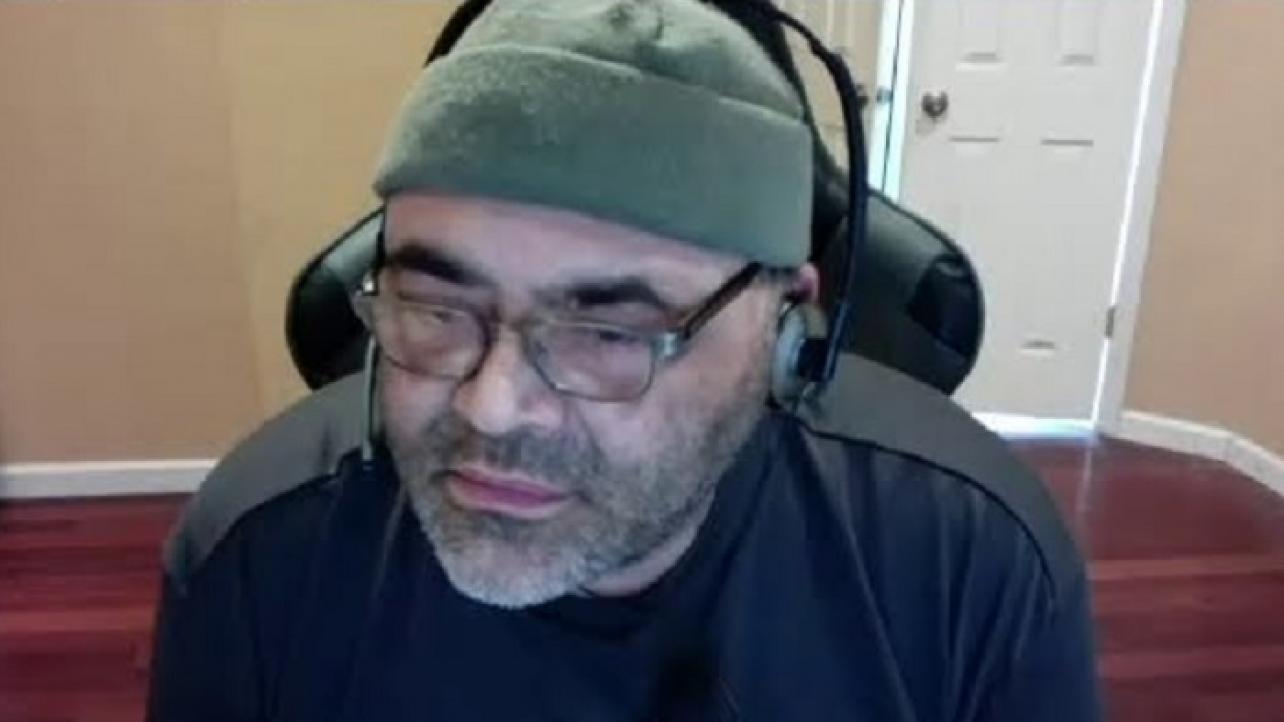 Konnan recently reflected on his days in TNA IMPACT Wrestling and the formation of The Filthy Animals faction in WCW during a recent edition of his Keeping It 100 podcast.

Featured below are some of the highlights from the show where he touches on these topics.

On his days in TNA: “I can also say my time at Impact wasn’t the best. I had to fight for everything I had. I was at the very first show they were at. Then they didn’t call me back until maybe a year later. I was in a team called 3LK, which is me, Ron Killings, and Road Dogg. We did mostly a lot of comedy stuff. When Billy Gunn came in, Dusty Rhodes was the booker. He put Billy with Road Dogg to kind of do that DX thing that they were doing in WWE, which left me and Ron Killings in no man’s land. We begged for them to put us together, and they wouldn’t. I had to basically go every single week and complain that I wanted to do my own thing, which ended up being LAX. I picked up the name, the idea, the members, everything, and then that popped off. When I was in Impact, I actually ended up suing them for racial discrimination, so it wasn’t a good time for me the first time I was in Impact. I didn’t work for them for like 10 years until I came back in 2016 or something like that. I wasn’t interested. I wasn’t happy there. I didn’t like how it was run. It just was not a good time for me either. I used to cut these promos, and they used to say, ‘Oh my God, those promos are so passionate. They are so good.’ I said, ‘Yea, because that’s how I actually feel.’ I was talking about racism and police brutality back then. I remember one time I said something, and Dixie Carter actually came up to me and said that the Orlando Police Department had called her because I had said that the Orlando Police Department shoots first, and asks questions later. They were in there like security that day, and told whoever, and called Dixie. Back then, I really didn’t care. I was just saying what I felt, and it was very effective because nobody else’s dialogue was like that. Their dialogue was more wrestling, like, ‘I’m going to retire you. I’m going to take the belt off of you. I’m going to kill you’, all that type of stuff, and I was in a whole different direction.”

On the formation of The Filthy Animals: “That was probably the funnest one, because the Filthy Animals actually came about when Vince Russo and Ed Ferraro came into WCW. Imagine this. This is how messed up WCW was. They were doing absolutely nothing, and when I say nothing, I mean nothing, with Torie Wilson, with Billy Kidman, with Rey Mysterio, with Eddie Guerrero, and myself. That’s the original Filthy Animals. I went to them and I said look, ‘If you’re going to bury us, if you’re not going to do nothing with us, then bury us together. Do nothing with us together. Let us have fun together.’ That’s how The Filthy Animals came about. That was a fun faction because we actually all hung out after the show. We all hung out in the dressing room. Later on, Disco came in. We were actually friends, and that’s why the chemistry was so great.”