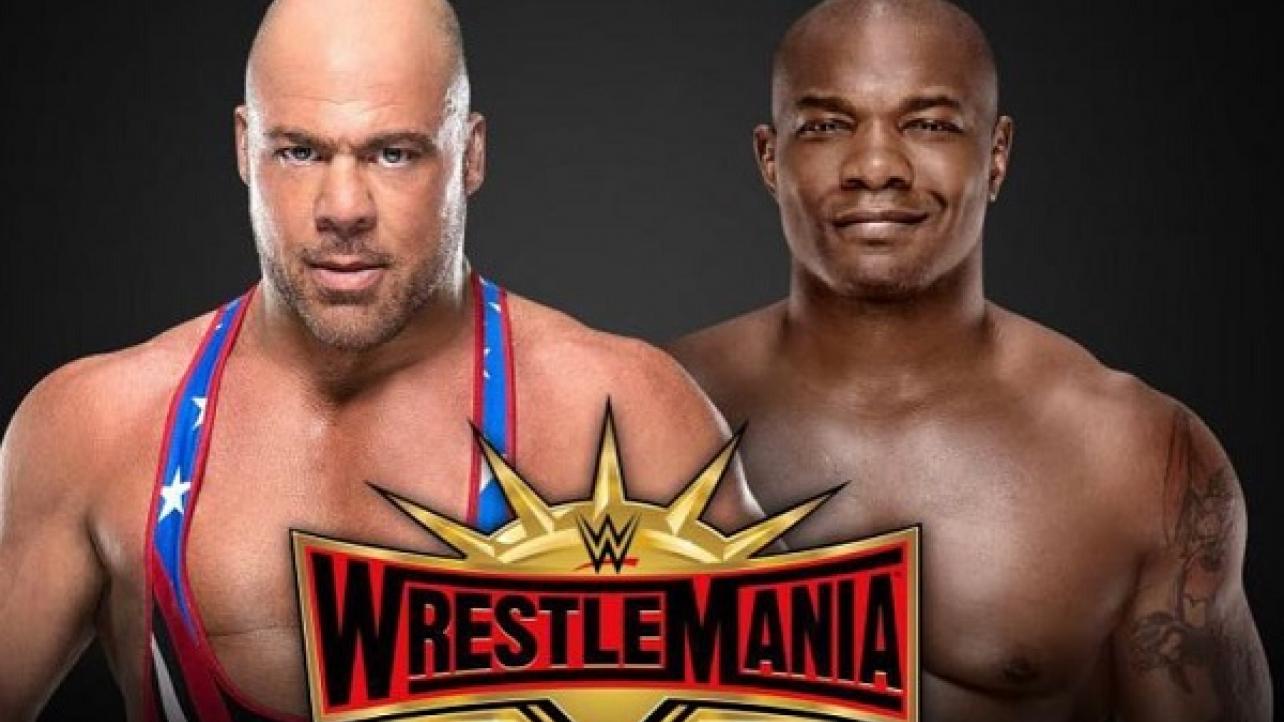 Well, it’s not official, but it could be in a few hours.

WWE Hall Of Famer Kurt Angle took to social media on Sunday to accept a challenge from Shelton Benjamin to a match at WrestleMania 35.

As noted, Angle is advertised to announce his opponent for his WrestleMania 35 “Farewell Match” at tonight’s episode of WWE RAW from Allstate Arena in Rosemont, Illinois.

Whether or not this is a hint of what is to come remains to be seen. Check out the exchange between Shelton Benjamin and Kurt Angle below.