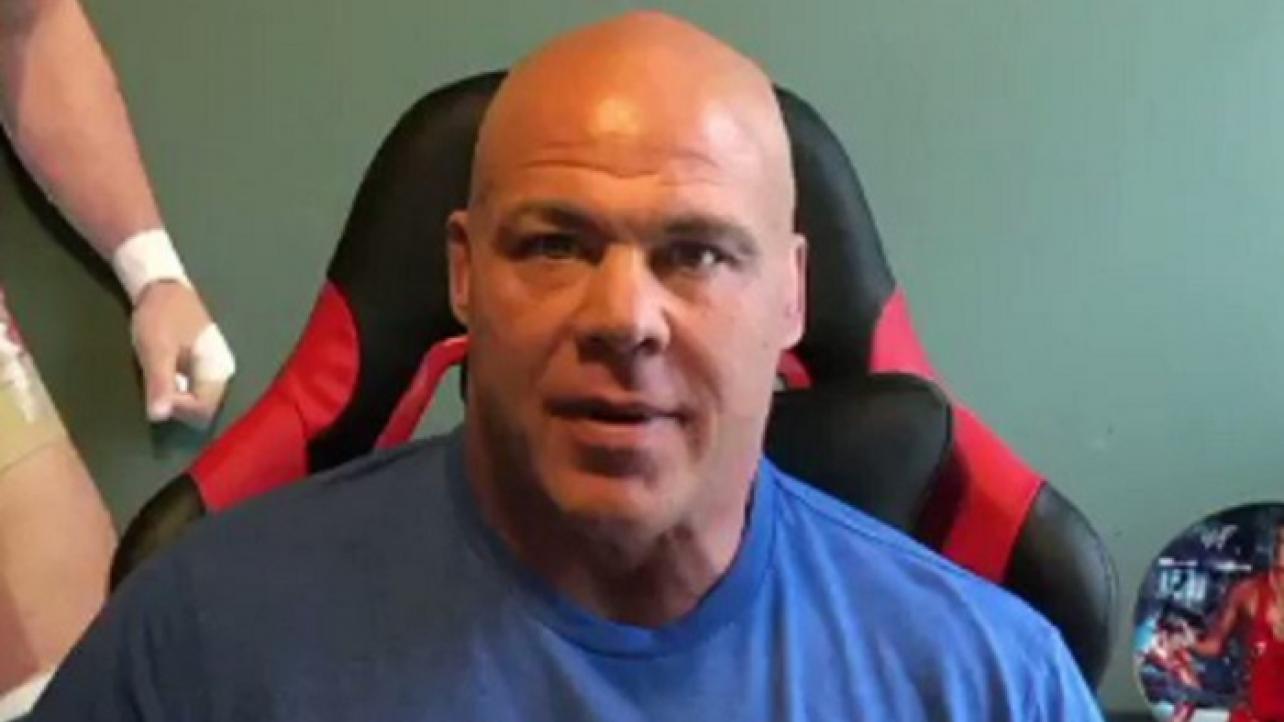 Kurt Angle Claims Undertaker Wanted To Wrestle Him At WrestleMania 22, But Vince McMahon Shot It Down

Did you know Kurt Angle and The Undertaker almost squared off inside the ring at a WrestleMania pay-per-view?

The WWE and IMPACT Wrestling Hall Of Fame legend made the revelation himself while talking about the chemistry he had with “The Deadman” during a recent episode of his new official podcast, “The Kurt Angle Show.”

According to the Olympic gold medalist, “The Phenom” approached him about wanting to have a match at WrestleMania 22, informing him that he must first get the approval of the boss-man of WWE, Vince McMahon. Angle explained that it was Vince who then shot down the proposed idea.

Featured below is an excerpt from the episode of “The Kurt Angle Show” podcast where the pro wrestling legend talks about this story, as well as his memorable showdown against The Undertaker at the WWE No Way Out pay-per-view in 2006.

“It was a big deal. It was a big deal to us, both Undertaker and myself. I think the fans loved the show as well. Having Taker come in at No Way Out and you wrestling him in the main event, usually it’s a downer PPV, but it was an upper PPV. It was booked really well. Taker actually wanted to face me at WrestleMania. He told me this back in December before I had the match at Royal Rumble. He asked me, “Hey, I would love to face you at WrestleMania.’ I said, ‘That would be fantastic,’ He said, ‘Ok, we’re going to have to go to Vince and ask him.’ We went to Vince and asked and Vince said, ‘No. I’m not ending Taker’s undefeated streak.’ He didn’t tell me why I would end his undefeated streak, but the reason was I was going to win the World Title and then go to WrestleMania and then I would have to wrestle somebody for the World Title, holding the World Title. I think that Vince McMahon felt I was going to hold their World Title at WrestleMania, which I didn’t. Taker, it was really awesome to have him at No Way Out. The reason that Vince booked it was we wanted the match at WrestleMania and Vince said, ‘No, but we’ll make it at No Way Out’, so he booked the match, Angle vs Taker, at No Way Out, to replace WrestleMania and we had what we had.

“I wasn’t a seasoned veteran in 2000. I was still learning. Undertaker was calling the whole match to me in the ring. By 2006, I was pumping on all pistons. I was the stud. I was the best wrestler on the roster, probably the best wrestler in the world. I knew Undertaker and I would have a five star match. There was no doubt about it and we actually did. It was a lot of fun. The thing is, Undertaker is so good at what he does and you have to match his intensity and you have to be every bit as good as him. He can carry you, but you have to perform. I think Undertaker and I were in, I would say, our primes of our career in 2006. Even Undertaker at that point, I believe he was in his prime. We were primed, seasoned veterans that were going at it. We had years of experience behind us.”

Check out the complete episode of “The Kurt Angle Show” podcast at WestwoodOnePodcasts.com. H/T to WrestlingNews.co for transcribing the above quotes from the show.

Kurt Angle Claims Undertaker Wanted To Wrestle Him At WrestleMania 22, But Vince McMahon Shot It Down