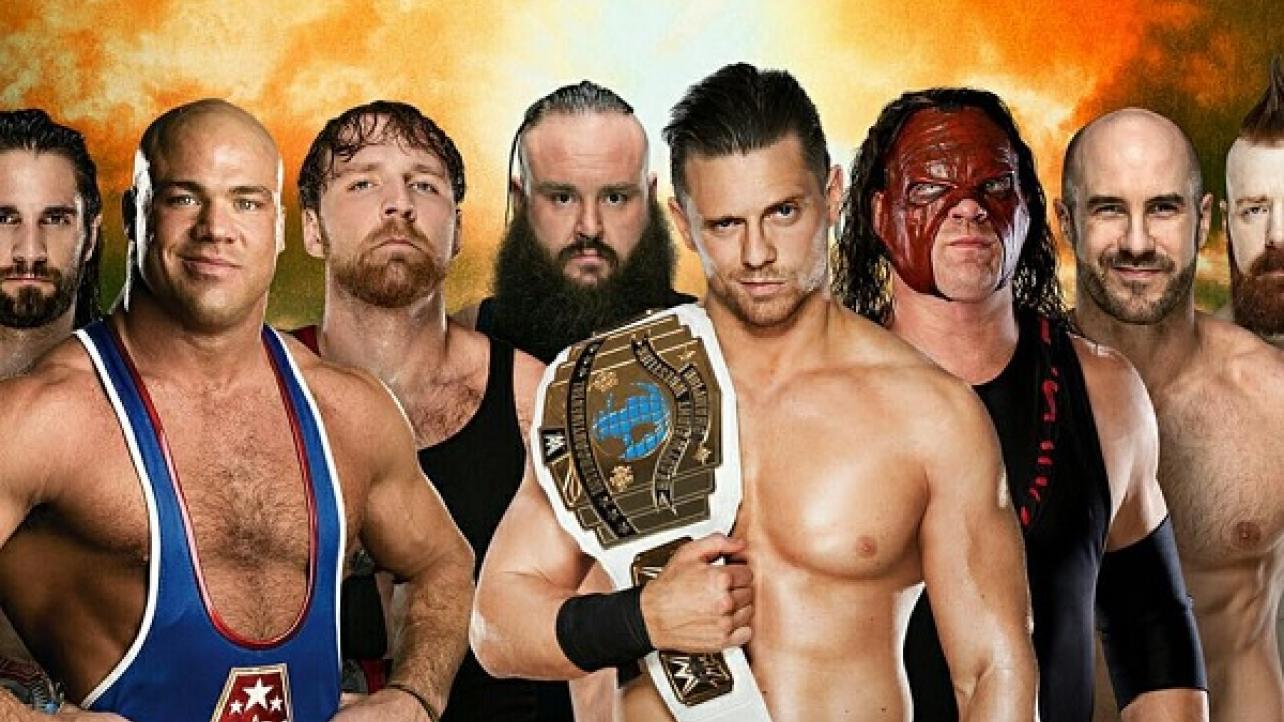 As noted, Kurt Angle will be making his long-awaited in-ring return to WWE in the main event of Sunday night’s WWE TLC pay-per-view in Minneapolis, Minnesota.

After Roman Reigns, along with others, were pulled from the card due to illness, WWE reacted by putting the WWE Hall Of Famer in the main event alongside Dean Ambrose and Seth Rollins to battle Braun Strowman, Kane, The Miz, Sheamus and Cesaro in a Handicap Tables, Ladders and Chairs match.

The RAW General Manager took to his official Instagram page this weekend to comment on returning to the ring at Sunday night’s pay-per-view.

“Is it true??? Oh It’s damn true,” wrote an exciting Angle. “Your Olympic Hero will be wrestling along side of The Shield at #TLC this Sunday. Be sure to watch. #yourolympicheroisback.”