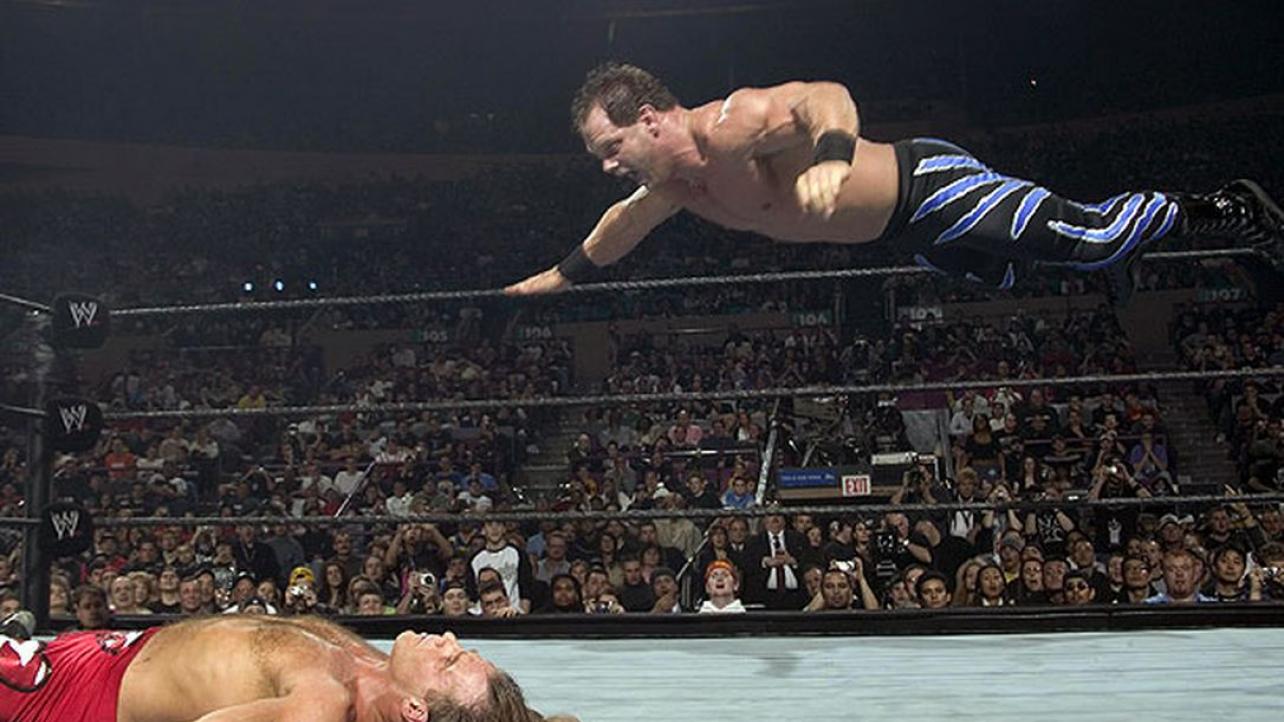 Kurt Angle and Conrad Thompson recently recorded another edition of The Kurt Angle Show podcast. The hosts spoke about “The Rabid Wolverine” Chris Benoit, and discussed the safety of his signature diving headbutt maneuver. Kurt shared his opinion on whether or not the move was dangerous, and said:

“No, I don’t think it was dangerous from a head perspective, a concussion perspective. Chris doesn’t really headbutt you. He just kind of lands; his face lands a little bit on your shoulder. It’s not a very, you know, detrimental move. The only thing that would occur is whiplashing to your back and neck because you’re landing on your stomach. So, I think that’s the problem Chris had with his neck, I think it had a lot to do with the diving headbutt”

Were you a fan of the move? Let us know in the comments section!