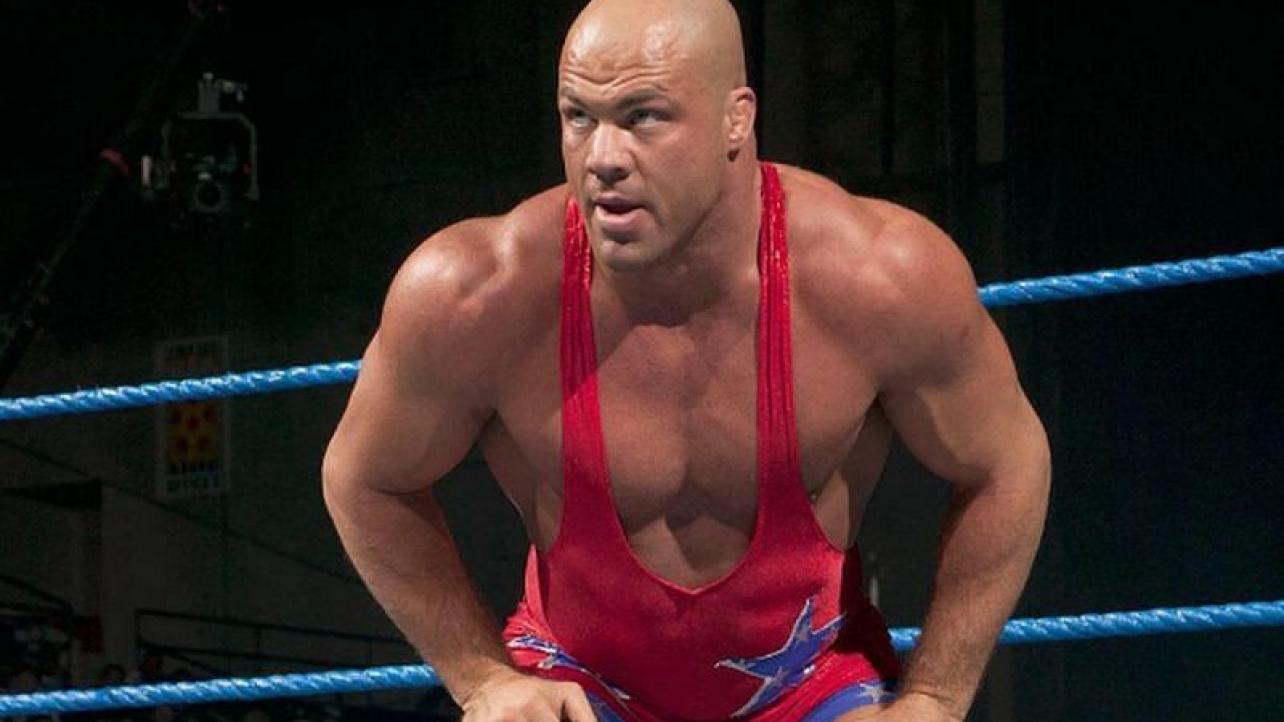 During a special Ask Kurt Anything edition of The Kurt Angle Show, Olympic Gold Medalist, and WWE Hall of Famer Kurt Angle, revealed an offer he recently received from Triple H.

Angle discussed the offer with Conrad Thompson, and explained to listeners that he would like to do the job, but he just doesn’t have the time. The WWE’s Fifth Grand Slam Champion explained:

“Well, I would consider doing it. It’s something that I enjoy doing. You know, Triple H offered me a job I believe too, you know, train wrestlers. He wanted me to come down once a month to NXT. Nothing transpired from it, but you know, maybe in the future, there might be some possibility. I like training people. I just don’t have a lot of time right now to do it. Believe it or not, even including in this pandemic, but I’m good at training people. I’m good at teaching people stuff.”

Angle appeared on NXT TV during the May 23, 2020 episode, where he worked as the special guest referee, in a steel cage match between Matt Riddle and Timothy Thatcher.