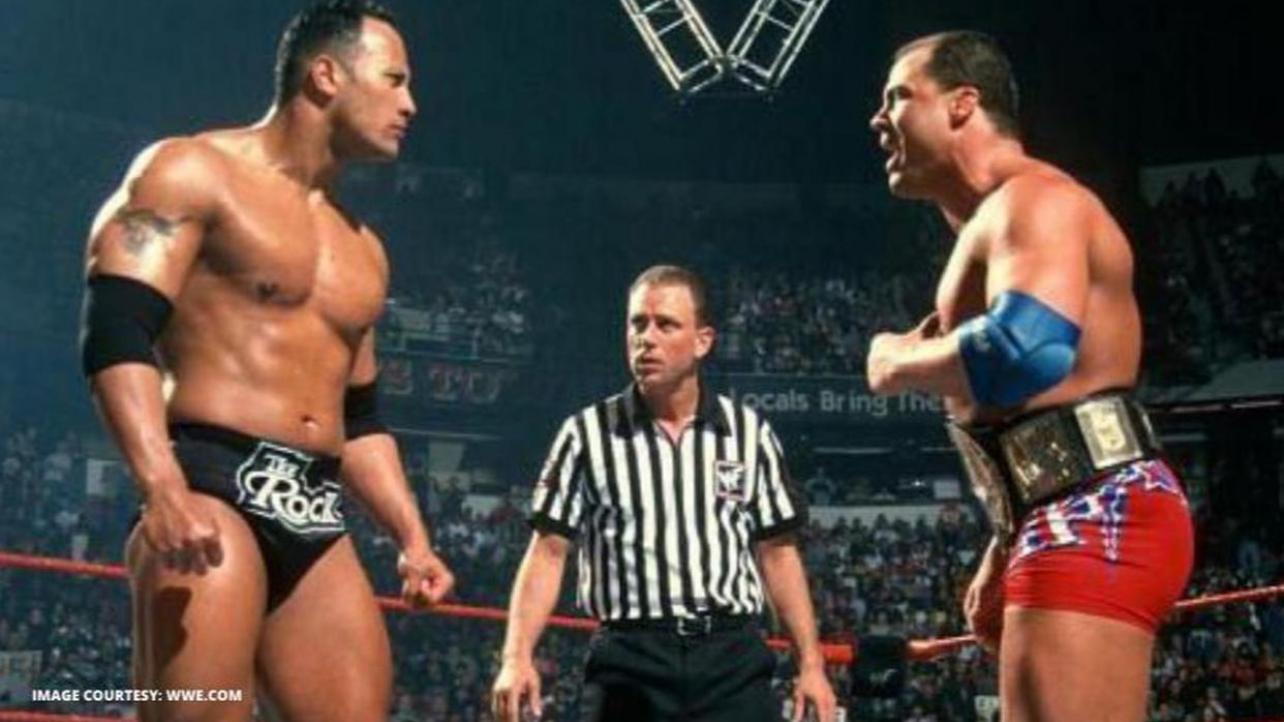 WWE Hall of Famer Kurt Angle recently sat down for an interview with The Hannibal TV, where he spoke about The Rock, Agents, and many other topics.

The Olympic Gold Medalist and former WWE Champion discussed The Rock, calling him “one of the best athletes I’ve ever been in the ring with”. Angle said:

“Dwayne was awesome. He was an incredible performer. One of the best athletes I’ve ever been in the ring with. He had a jump, a spring. He could jump high, he was quick, he had all the tools. He was even better at cutting promos and this guy was a great find for Vince McMahon. I don’t think anybody, when Dwayne first started, thought that he would have the success that he had within a few years. He was the biggest name, outside of Stone Cold, in professional wrestling and he went on to Hollywood and became a blockbuster actor. He’s another guy that’s good at everything he does.”

Angle also took time to discuss his “favorite” agents to work with in WWE, and mentioned:

“My two favorites were Pat Patterson and John Lauranaitis. They were both incredible agents. They did a great job of coming up with finishes, great false finishes, they really assisted us with our matches. Pat is one of the greatest of all time. He was one of the greatest wrestlers of all time and he was a lot of fun to work with. He came up with some innovative ideas. The guy passed away a couple of years ago, go bless him, he was in his eighties but he was always up to date with what was going on in wrestling.”