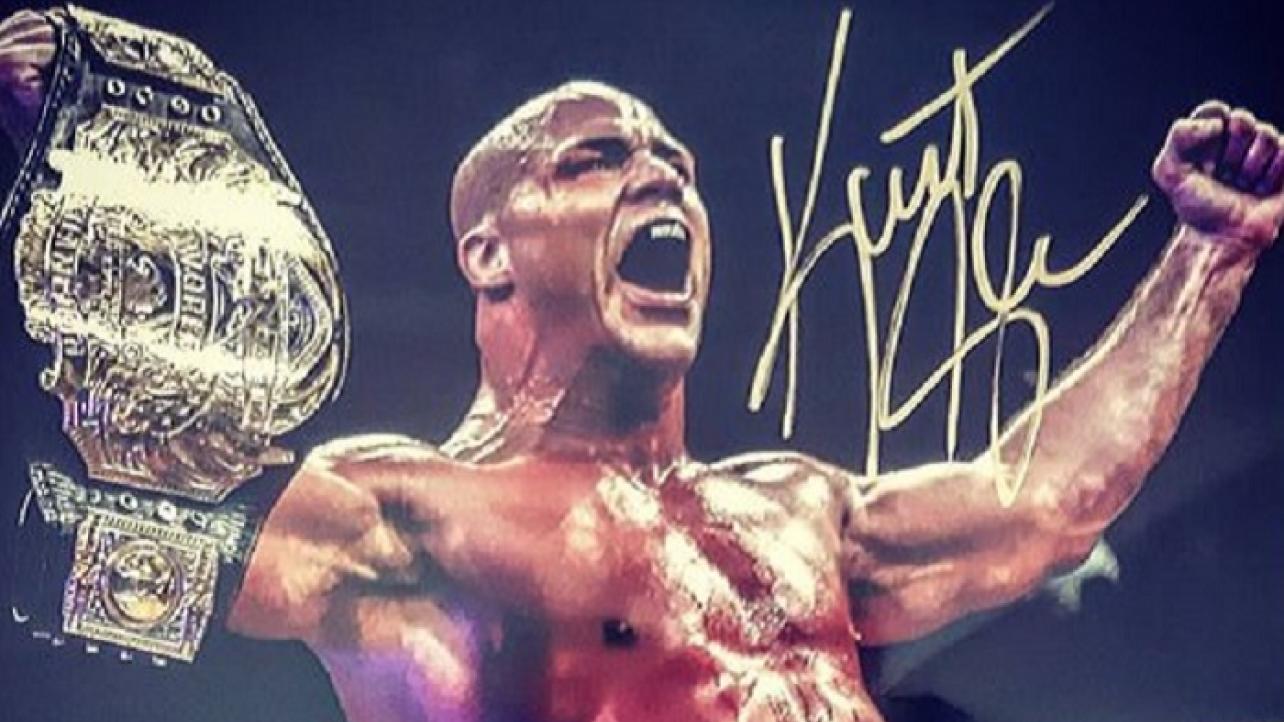 Kurt Angle has his first-ever NFT.

LuchaCoin announced that the WWE Hall of Fame legend will be featured in a minted NFT that includes a social media shout-out from the Olympic gold medalist, a personalized video message, as well as a Zoom meet-and-greet.

There are only 100 minted Angle NFTs, and the Gold Card is being sold for $100 each. The card features the greatest moments in Angle’s life, as described by Angle himself – the 1996 Olympics and his title runs in WWE and IMPACT Wrestling.

The pro wrestling icon took to Twitter to comment on it today. Check out his statement and a photo of the NFT below.

Check out my first #nft release, the #gold card featuring some of my proudest moments from the 1996 #olympic games and #wrestling #championship runs. Each #collectible can be found on @rariblecom @opensea #nftcolllector @FightKobraKai @RedArmStudio @MechaKelsie pic.twitter.com/dajzmM9lZu