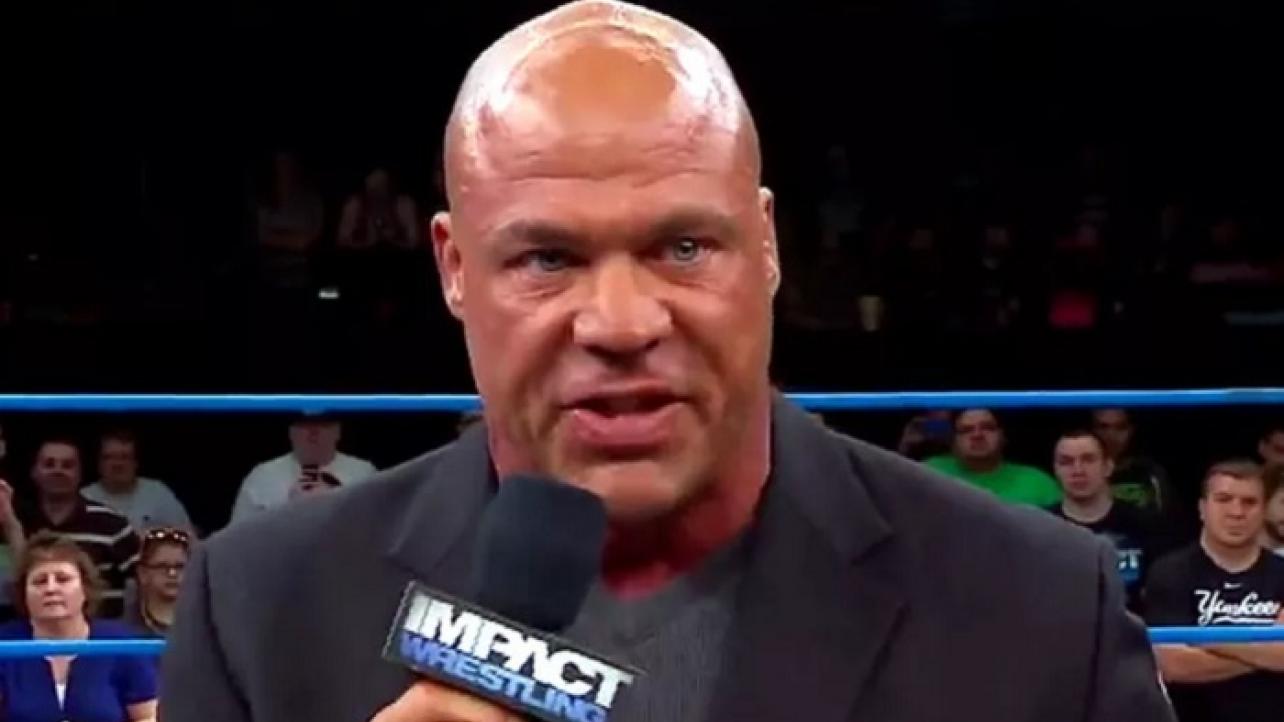 Add Kurt Angle to the list of wrestling legends who have signed off on this fact.

During a recent edition of his official podcast, The Kurt Angle Show, the former WWE Superstar offered high praise for the former AEW World Champion, calling him one of the best workers in the business.

Featured below is an excerpt from the show where the WWE and IMPACT Wrestling Hall of Fame legend makes his case for Kenny Omega being among the best in the world today.

“That means a lot to me. To be in that position, to be able to have someone like Kenny Omega look up to me, that’s a true honor because the kid is incredible. What he’s been able to do the past 10 years in professional wrestling over in Japan and here in the United States, he was the biggest star, and the most talented superstar that never went to WWE. He will go down in history as that, if he never enters WWE.

“His success, what he’s had in Japan and AEW is phenomenal. I haven’t seen a talent like him in a long time. I would say that he’s every bit as talented as Rey Mysterio (who Angle thinks very highly of), and he belongs on that upper echelon of talents. He is one of the greatest workers in the world today.”