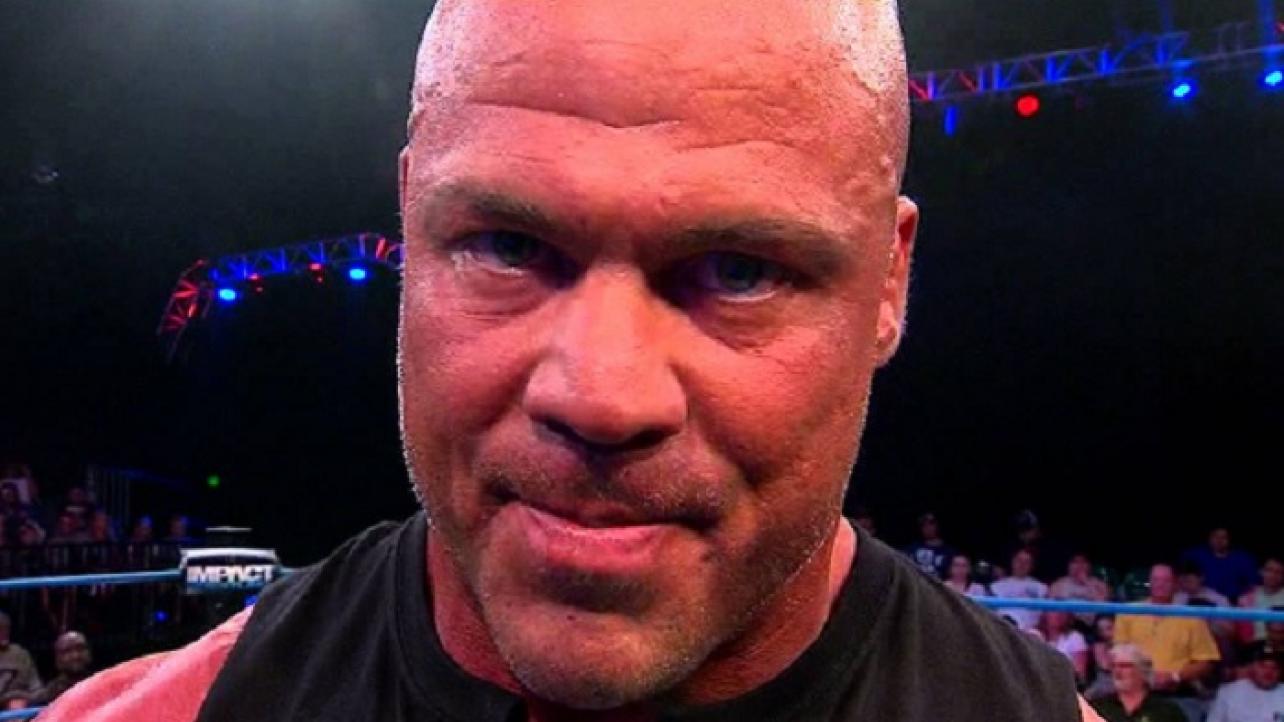 Kurt Angle recently spoke about a number of WWE and pro wrestling-topics on the latest installment of his official podcast — The Kurt Angle Show.

During the episode, the WWE Hall of Fame legend reflected back on his memorable Street Fight with Shane McMahon from the WWE King of the Ring 2001 pay-per-view, how Al Snow helped structure the match, as well as his thoughts on some of the popular spots from the match.

Featured below are some of the highlights from the show where the former Olympic gold medalist touches on these topics with his thoughts.

On how Al Snow structed the famous Street Fight bout with himself and Shane McMahon: “You can’t tame Shane McMahon…that’s the issue. When I had the street fight with him at King of The Ring, oh my gosh, but I have to give credit to Al Snow, he actually structured that match. I think Shane added a few different trinkets in the match but most of it was Al Snow and it was structured very well, you had the wrestling in the ring at the beginning then you had more of the fighting and street fighting then you had all of the hardcore stuff that was going to occur then you came back to the ring for the finish. It was great psychology, it told a great story, the match was incredible.”

On how crazy Shane was during the match: “The thing is, Shane’s so damn crazy and when we were going to do the spot through the glass, first of all, it was the wrong glass that we ordered, it was supposed to be sugar glass and it was plexiglass. The magic man never tested it, so here we are, I go to belly-to-belly Shane through the glass and he bounces off of it and hits his head on the concrete floor and now he’s loopy, he doesn’t even know where he is, I’m like ‘Shane, we have to move on’ and he said ‘no, no throw me through the glass again.’ So, I line up and I go to throw him through the glass as hard as I can and again, he bounces his head off the floor and I go ‘Shane, we’re done’ and he said ‘no, you’re going to put me through that f-cking window, right now!’ So, I did it one more time and thank God, he went through and the glass made an explosion and you just knew it was real.”

On recalling the moment of sending Shane through the glass: “When I went in to get him, he was bleeding everywhere, his head, his back, his legs, his arms, I was like ‘oh shit’ and had to take him back through the glass one more time, so I set up to do it and I do it again and he bounces off again and hits his head on the floor and by this time, Vince is out of his seat and he’s about to come onto set and they’re holding him back and he’s pissed because he wants it to end and he doesn’t want his son to get injured and to get brain damage and I don’t blame him. So, I hurry up and I say, ‘screw this, I’m not going to belly-to-belly, I’m going to throw you through headfirst,’ so I threw him through it head first and I mean, he got cut up…his whole face, just blood everywhere and me too, when I threw him through, my arm got cut up and bled everywhere and we went to the hospital that night. The crazy thing is, we were so beat up that neither one of us could wrestle for a few months and here we are in the hospital, in a wheelchair and high-fiving each other. We’re idiots, we’re injured and you’re not supposed to get injured in a wrestling match and here we are in the hospital, high-fiving each other…but we did steal the show, so.”

Check out the complete episode of the show at Spotify.com. H/T to Mandatory.com for transcribing the above quotes.