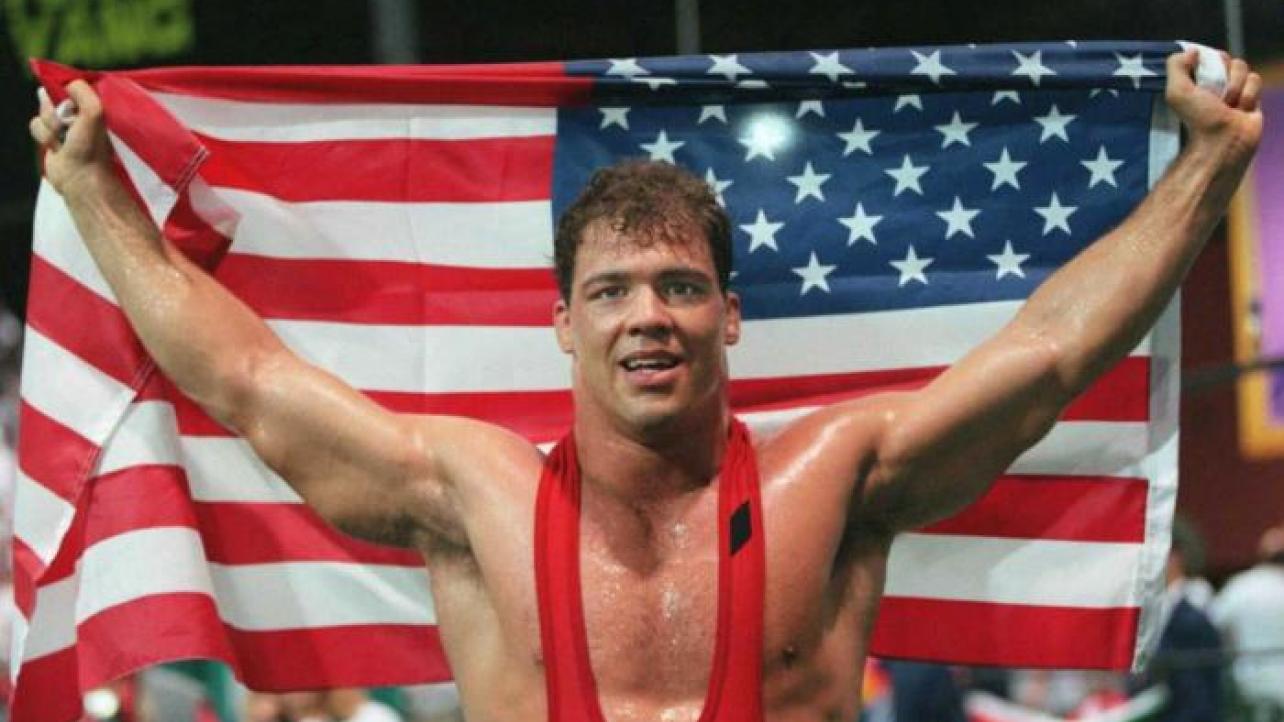 During the recently released edition of The Kurt Angle Show, WWE Hall of Famer Kurt Angle recalled winning an Olympic Gold Medal with a “broken freakin neck.” Angle also explained how injuries have taken a toll on his body, and more. Check out his comments below.

On breaking his neck ahead of the 1996 Olympics Games:

“I went to the doctor and had an MRI. He told me I had four broken vertebrae and three discs sticking directly in my spinal cord. So it was a pretty serious injury. At that point, I wasn’t gonna be cleared to wrestle, so I had to come up with a good game plan with my doctor. We decided the Olympic trials were about two months away and he asked me how long I had. I said about two months. He said, ‘We might be able to make this work.’ We actually came up with a game plan. You can’t do this today with the liabilities, but back then, you were a little more giving. The doctor would give you the option of going for it even if you were injured. There was just less liability.”

On receiving 12 shots of novocaine before each match:

“I never thought about quitting. Everything was about doing what I had to do to get back. The doctor told me that I would have to take off a month of wrestling and that I couldn’t wrestle because it would do further damage to my neck. He said I could do limited weight training and conditioning, but I had to stay off the mats for a good month to let my neck heal. He gave me a healing agent – non-steroid because you can’t have steroids in the Olympics because you get tested all the time – and it helped tremendously. It didn’t completely heal my broken neck, but it brought down the swelling and I could start feeling my fingers again. His game plan was to go to the Olympic trials with a doctor, and he would stick me with 12 shots of novocaine in the neck five minutes before each match. I would do that, and I couldn’t feel my neck. It actually worked. I was worried about my neck the whole time, then when I got shot up, like a racehorse, I didn’t feel it anymore. I was like, ‘OK, I can wrestle like this.’ It worked out, but an hour after the match was over, I was in excruciating pain again. It was a really difficult situation for me, and I knew I was doing further damage to my neck.”

On his reaction to winning an Olympic Gold Medal:

On injuries throughout his career:

“Even in WWE, I broke my neck four more times. All I cared about was getting back into the mix, and I’m paying for it now. I’m 52 years old and I’m in a lot of pain, man. My knees, back, shoulder, neck – I’m paying the full price for everything I did. And I don’t regret what I did with the Olympics and wrestling with a broken neck in WWE and going to TNA. But you look back and you second guess, ‘Hey, maybe I went a little too hard.’”