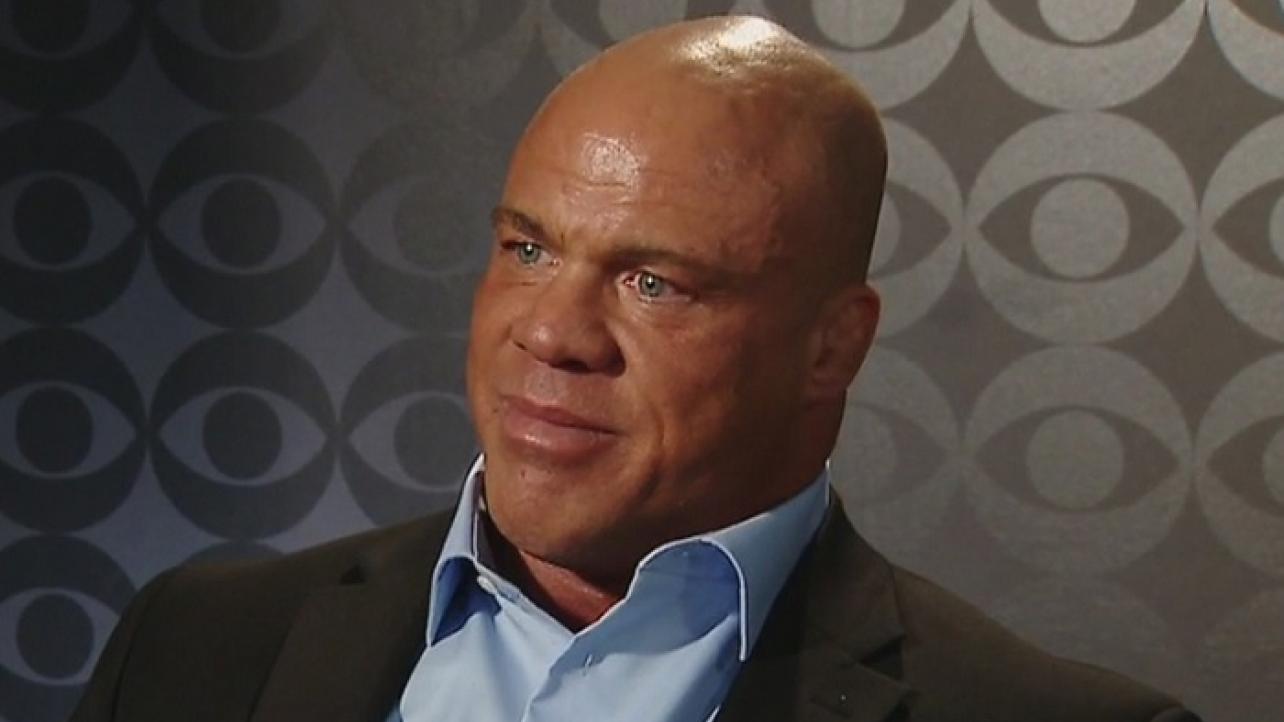 During a recent Sports Illustrated interview, Angle gave his answer.

First, however, the WWE legend shared his thoughts on new WWE Champion Drew McIntyre, following the victory by “The Scottish Psychopath” over “The Beast Incarnate” Brock Lesnar at WrestleMania 36.

“We finally have somebody new in the main event, and that’s Drew McIntyre,” Angle said. “He is the breath of fresh air for WWE. Now you don’t need to continuously keep going back to Roman, Cena, and Brock. Drew is the new guy, and he needs to excel this year.”

He also reflected on working with, and the talent level at the time of McIntyre in IMPACT Wrestling.

“I know Drew didn’t do as well as he would have liked the first time he was in WWE, but I knew he was special when I saw him in TNA,” Angle admitted. “He looked great then, but he still didn’t look the way he looks now–he worked his ass off, built his body up, and he looks fantastic. I knew if WWE got a hold of him, his career would take off.”

The former Olympic gold medalist then revealed who he feels is the perfect wrestler right now.

“Brock is the perfect wrestler,” Angle claimed. “The guy has strength, power, explosion, quickness, agility, intelligence, and he’s very composed in the ring.”

He would go on to elaborate as a way of backing up his claim.

“Look at what he’s accomplished outside of WWE–he’s an NCAA champion, a UFC champion — and he puts asses in seats,” Angle said. “People watch the shows because of Brock. Brock doesn’t get beat very often, but people want to see Brock get beat.”

Kurt Angle concluded, “The greatest thing in the world for the fans watching is to see Brock lose the title to somebody new, and that new person is Drew McIntyre.”

Check out the complete Kurt Angle interview at SI.com.

Who does #ProWrestling & amateur #Wrestling legend #KurtAngle claim is “A BREATH OF FRESH-AIR FOR #WWE” right now? Also, who does the #WWEHOF claim is “THE PERFECT WRESTLER” of ALL-TIME??

Find out from @RealKurtAngle himself …