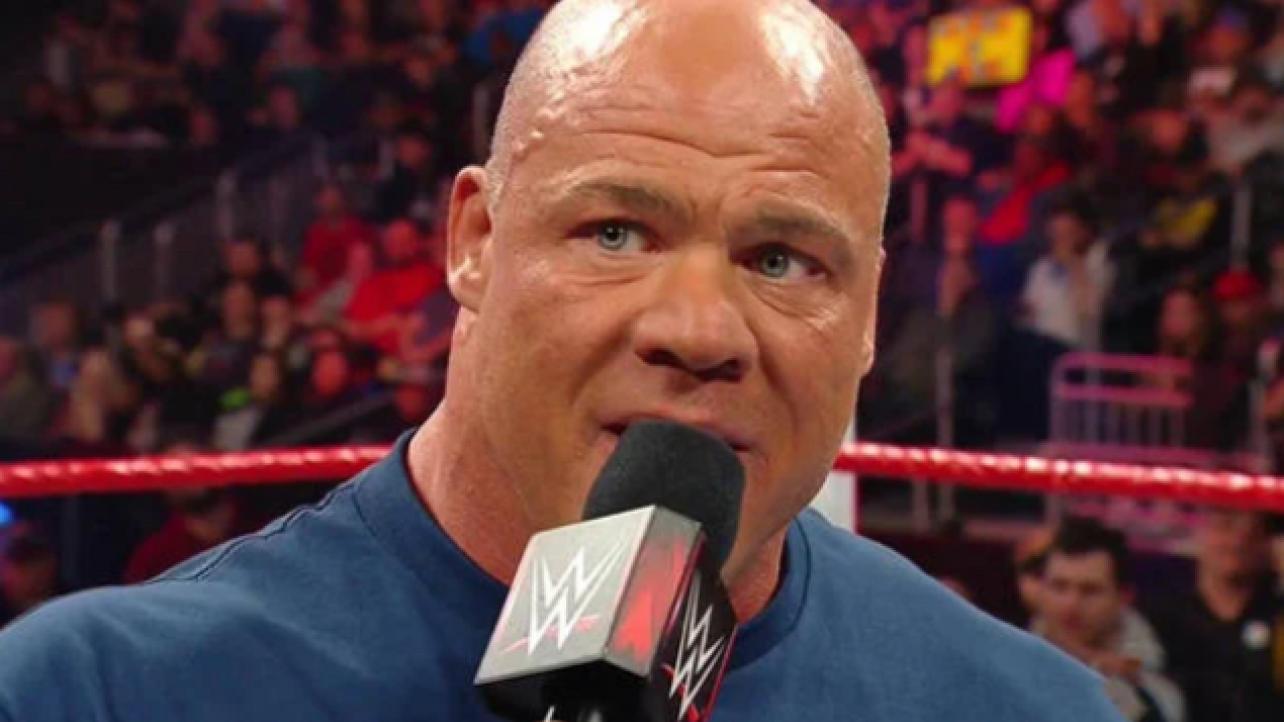 WWE Hall of Famer Kurt Angle recently appeared on the Two Man Power Trip of Wrestling podcast to talk about a number of topics, including why he decided to have both his knees undergo replacement surgery at the same time.

“Well, you know, usually you have one at a time because it’s — you’re gonna be destabilized. So with me, the thing is, I wanted to get them out of the way. I just wanted to get them done and move forward with my life and not have to worry about the other down the road. I can walk around. I’m still in a lot of pain, though.”

Kurt Angle also talked about how he won’t be returning to in-ring competition after undergoing double knee replacement surgery.

“My knees were shot. I had to have them done. I didn’t have a choice. Now with the knee replacements, no. I’m not going to mess these knees up.”

Kurt Angle then talked about whether or not he thinks he could return to in-ring competition.

You can check out Kurt Angle’s full comments at this link. H/T to Fightful for transcribing the above quotes.