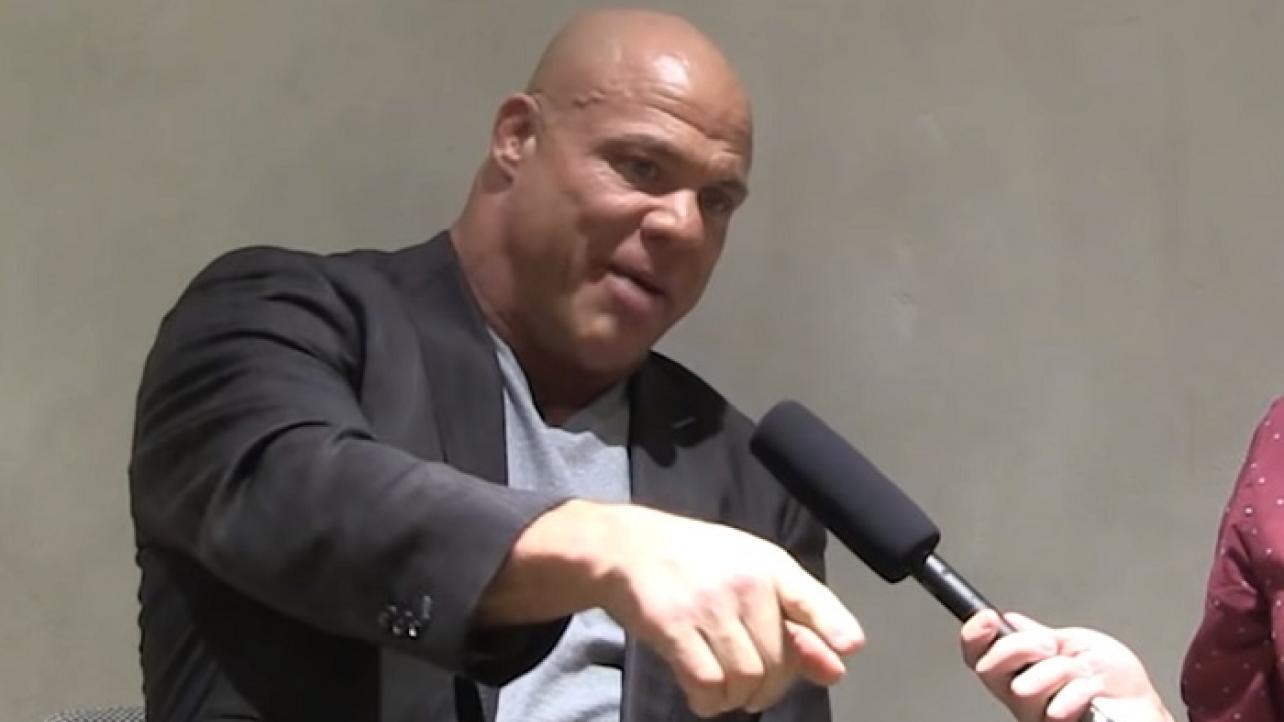 WWE Hall of Famer Kurt Angle spoke about his backstage brawls with wrestling legend Eddie Guerrero on the latest edition of Stone Cold Steve Austin’s Broken Skull Sessions on the WWE Network. Here are the highlights.

Details his brawl with Eddie Guerrero:

Eddie wasn’t the same but he was such a great worker, psychology, he had everything else but he would get frustrated some nights because he couldn’t get moving. I didn’t know it was his heart. Nobody knew it was his heart. There were nights where he would blow up right away and he couldn’t catch his breath and stay with me and then there were some nights where he was on fire. So I didn’t know if it was something personal or if he was just too old or too beat, but he had a bad heart. He had to because the night that we got into a fight, he attacked me for stiffing him and I didn’t touch him. But he came back and I did the whole, ‘Thank you Eddie for the night.’ He pushed me and said, ‘What the hell do you think you’re doing?’ I’m like, ‘I didn’t touch you Eddie.’ He’s like, ‘Yes, you did. You were stiffing me out there.’ I said, ‘Eddie, I’m not going to fight you right now.’ He pushes me and I said if he did it again, we’re going to fight. He goes and leg dives me. So he leg dives me and I put him in the chokehold and I start choking him out. Then Big Show comes and this is what really pissed me off. He gave me the little guy syndrome. Big Show grabbed me by the tights, the back of my tights, and he picked me up like I was a little kid, grabbed me by one side, then grabbed Eddie by the other, set me on one side of the room and Eddie on the other side. I go, ‘Don’t you ever touch me like that again.’ I’ve never been manhandled like that before.

Says the fight continued later in the locker room:

I calmed down. Eddie was in the locker room, he was still upset. I came in and said, ‘Eddie, I’m sorry. Can we end this?’ He said, ‘I’m not ready to end this.’ So we start fighting again. I attacked him, double legged him and got him down. Big Show was there again. So we got into two fights because he didn’t want to make peace and I was upset because he was accusing me of stiffing him.