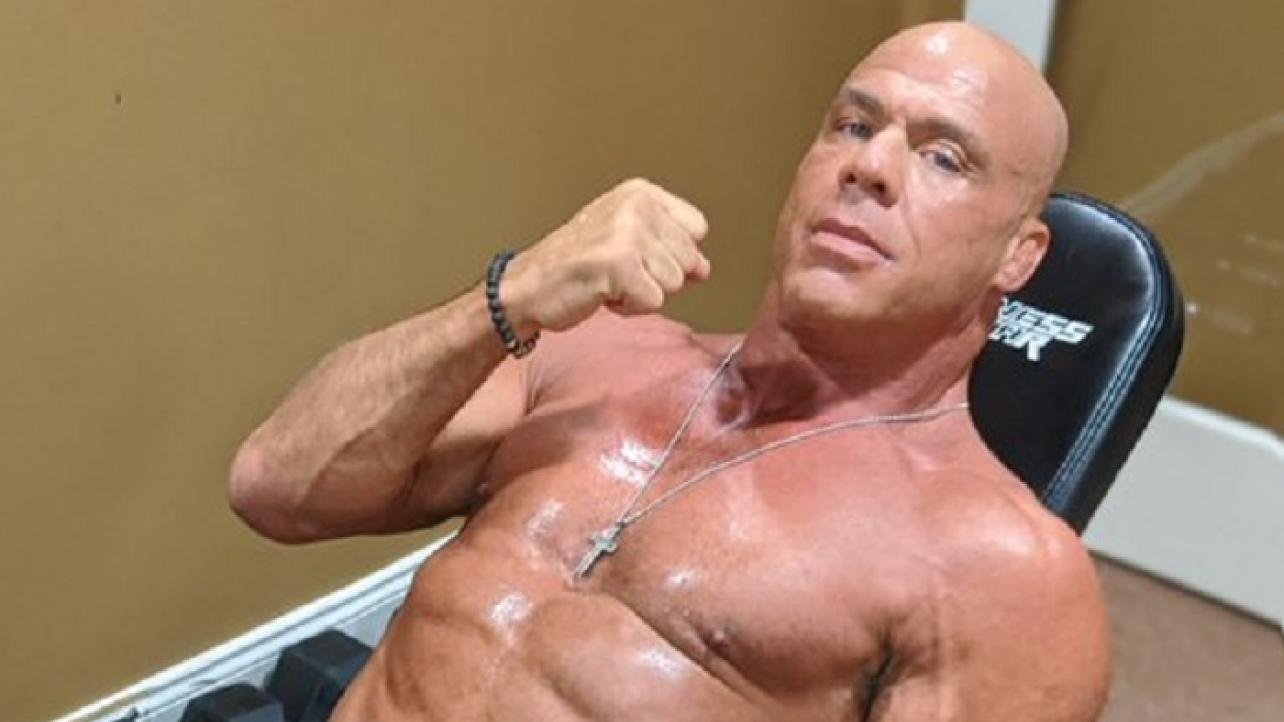 The debut installment of The Kurt Angle Show podcast is only a week away!

Ahead of the premiere of the new podcast hosted by the WWE Hall Of Fame legend, excerpts continue to be released featuring highlights of comments made by the former Olympic gold medalist during the show.

Featured below are some more highlights from the episode, which features Kurt Angle touching on subjects ranging from his working relationship with Paul Heyman to WrestleMania 19.

On his working relationship with Paul Heyman and whether Angle enjoyed it: “Yes I did. I think Paul is very talented. I think that he comes up with excellent ideas and concepts. Him coming in definitely helped us out. It seemed like the writing was more geared for RAW, but when Paul came in, we were safe. SmackDown was taken care of because he has a great mind for the wrestling business. He comes up with some crazy things but they work almost all the time. Paul is the one who wanted me to change gears and become the wrestling machine. That’s what I did. I backed it up.”

On when he found out he’d be main eventing WrestleMania 19: “I knew before the Rumble. I ended up winning the title from Big Show and Brock in a match I believe in December. I knew that Vince McMahon wanted a program between Brock and I. Brock just started maybe six months before December. He was relatively new but he was kicking butt. He had a big impact on the business. His workrate was incredible. He looked like a monster. He had all the tools necessary to become a hugely successful professional wrestler. I knew that Brock got it. He got the entertainment aspect of it. He’s one of the best technical workers in the business, especially when he wants to sell for you. I remember a match between him and AJ Styles a couple years ago. He said, ‘What about this AJ kid? Is he any good? I said, ‘He’s really good. If you sell for him you’ll have a 5 star match.’ Brock sold for him and it was incredible.”

On says Brock Lesnar hates being on the road: “He hated traveling so much that he bought a private plane so he wouldn’t have to go to airports. He hired a pilot and his pilot lived in his basement. He set himself up really good. He didn’t like to travel. He didn’t want to be on the road all the time. That’s the reason why he stopped wrestling. That’s why he tried out for pro football, the NFL, because he wanted to be in a city where he could train and compete and not leave except for eight weeks a year where he would have to travel to another town to have a football game every Sunday. It was less travel and more at home and that’s what Brock likes. He likes to be at home.”

Tune into the debut edition of The Kurt Angle Show podcast via the following video embedded below courtesy of the official YouTube channel of the new program.