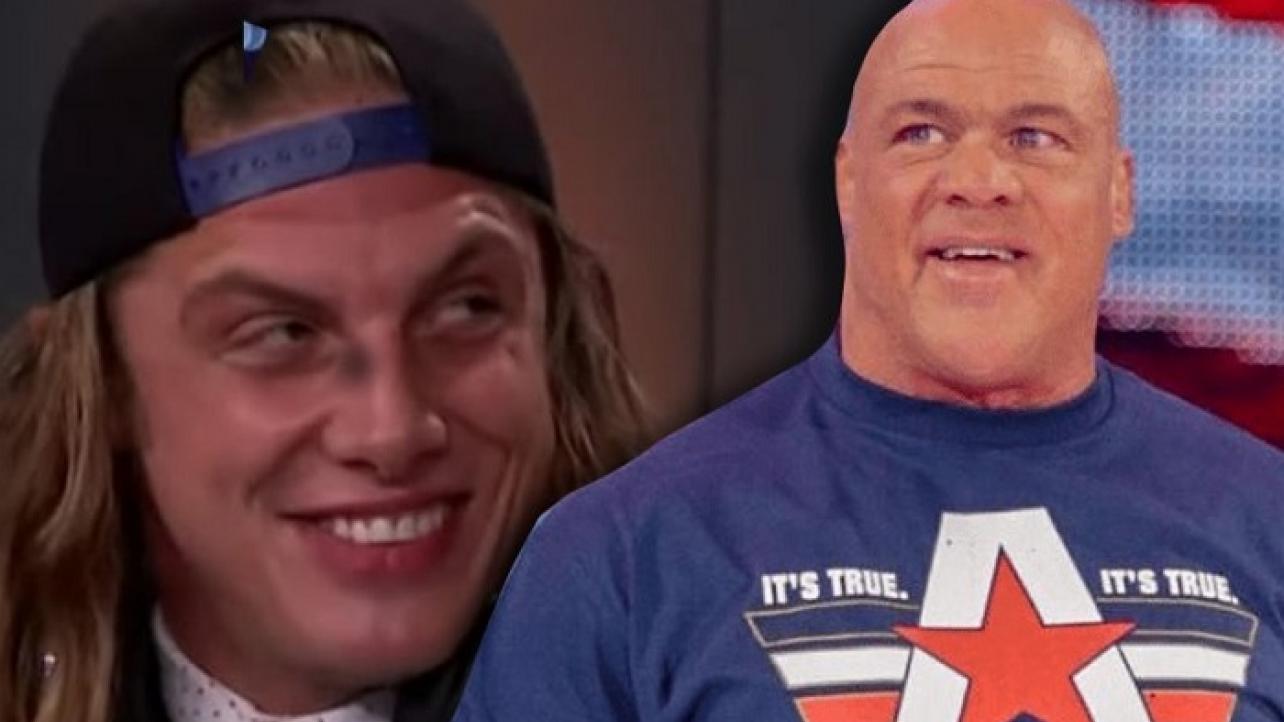 In an interview with CBR, Kurt Angle discussed Matt Riddle’s call up to WWE Smackdown while also revealing that the company asked him to return to manage Riddle, but that he turned it down for “various” reasons.

“I think that Matt Riddle is going to be one of the faces of the [WWE], he has all the ability. His personality is great. At first, it’s a little odd. But once you get to know him, he’s very likable. And that’s what he’s going to get from the fans. They’re going to love this kid. And he proves it in the ring. He’s phenomenal in the ring. There’s no doubt about that. But his whole bro gimmick thing works really well. And he’s going to do extremely well. WWE has offered me a job to manage him. Unfortunately, I turned it down due to a few different reasons, but I would have loved to manage him. It just wasn’t the right time.”