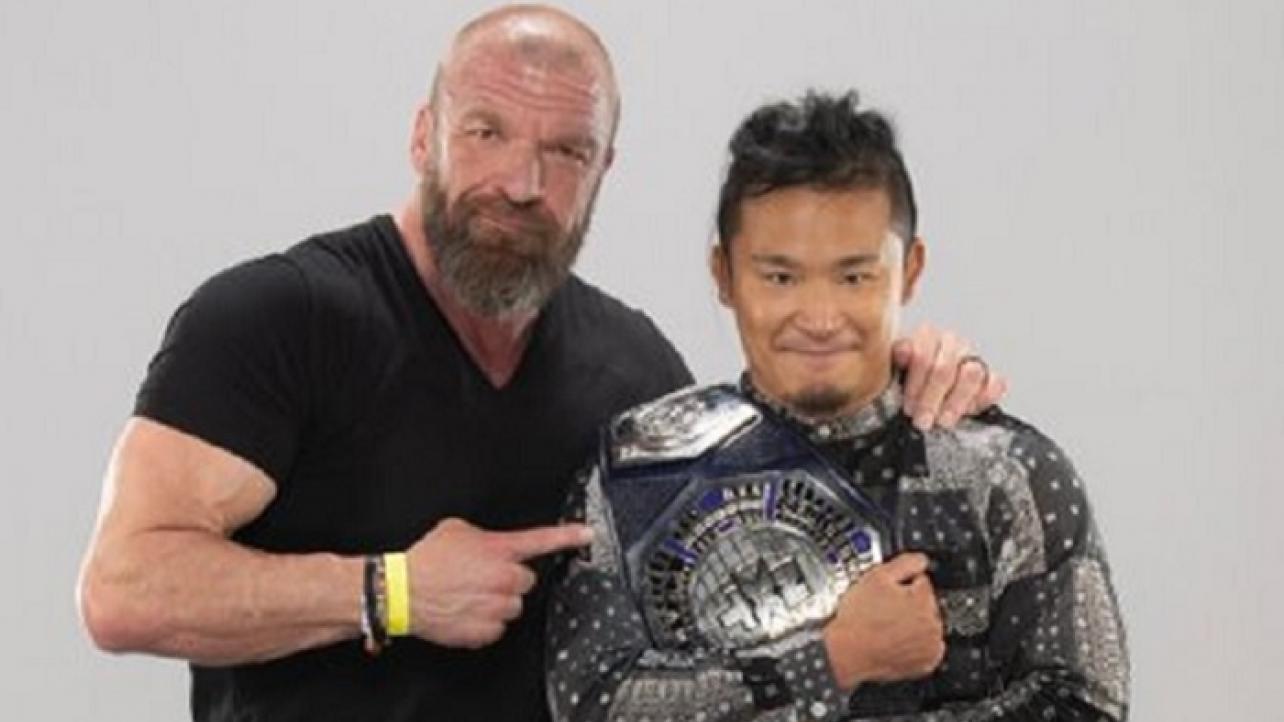 KUSHIDA Comments About Alex Shelley Texting Him In Regards To MSK

KUSHIDA was given a heads up to keep an eye out on behalf of MSK.

The NXT Cruiserweight Champion took to Twitter on Sunday to comment about Alex Shelley sending him a text message informing him to keep his eyes out for the duo in the WWE black-and-gold brand landscape.

Featured below is the statement that KUSHIDA posted on social media today about the subject.

“About a half year ago, my longtime friend, Alex Shelley, sent me a text message. He told me that a great new tag team was coming to NXT. He said they have a lot of potential. And he asked me to take good care of them. When MSK arrived to NXT, they made an immediate impression on me. And I understood why Alex Shelley spoke so highly of them. In my opinion, they have the potential to change tag team history. They remind me of some of the other great teams that I have worked with over the years. This Tuesday, I will have the opportunity to fulfill my promise.”

KUSHIDA Comments About Alex Shelley Texting Him In Regards To MSK