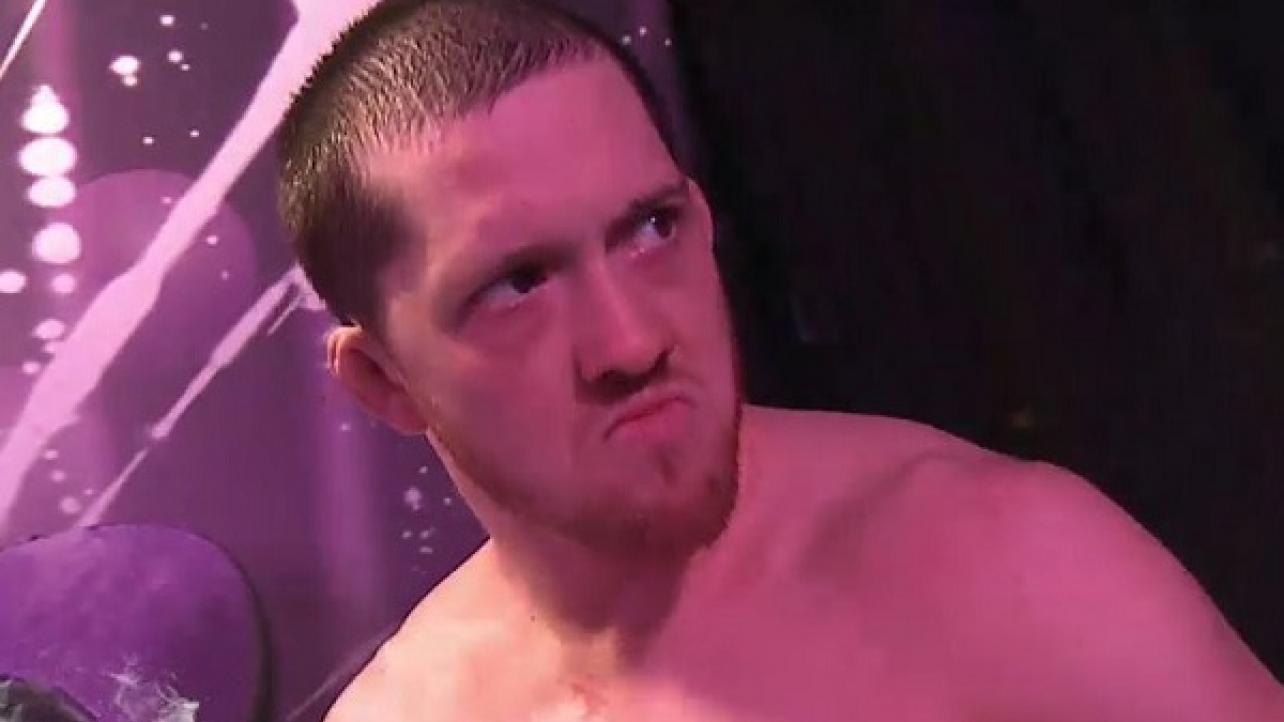 It looks like the EVOLVE Wrestling in-ring return of The Undisputed ERA’s Kyle O’Reilly will not be happening this weekend after all.

O’Reilly was originally scheduled to make his in-ring return for the EVOLVE Wrestling promotion at their scheduled events this Saturday and Sunday, however the announcement was made by the promotion on Monday morning that he has been pulled from both shows.

“We are sorry to inform you that Kyle O’Reilly will not be able to compete at EVOLVE this weekend,” wrote the promotion in an announcement released via their official Twitter page today. “We were just given the news. We will have more information and updated cards later today or tomorrow. Thank you for understanding.”

We are sorry to inform you that Kyle O’Reilly will not be able to compete at EVOLVE this weekend. We were just given the news. We will have more information and updated cards later today or tomorrow. Thank you for understanding.

O’Reilly joins fellow NXT Superstar Bobby Fish in pulling out of an EVOLVE in-ring return. The Undisputed ERA member also announced he will not be able to wrestle at the shows last week, but noted he will still be appearing at his meet and greets as advertised.

Kyle O’Reilly Pulled From Significant Matches On The Cards

EVOLVE 129 is scheduled to emanate from La Boom in Queens, New York this Saturday, June 29th. The advertised main event for the show is Austin Theory vs. Leon Ruff for the EVOLVE Championship.

O’Reilly was advertised to team with fellow Undisputed ERA member Roderick Strong in a tag-team match against WWN Champion JD Drake and Anthony Henry that was actually promoted by WWE with a featured article on their official website.

EVOLVE 130 goes down from the Saint Finbar Catholic Church Gym in Brooklyn, New York this Sunday, June 30th. The main event for that show will be NXT Superstar Roderick Strong vs. EVOLVE Champion Austin Theory in a “Non-Title Grudge Match.”

On the 6/30 card, O’Reilly was advertised to take on Josh Briggs in one-on-one action, with his NXT tag-team partner Bobby Fish in his corner.

EVOLVE has yet to announce a replacement for either match involving Kyle O’Reilly this weekend.

Possible Reason For Kyle O’Reilly Pulling Out Of EVOLVE Return

As far as the reason for O’Reilly being pulled from the card this close to the show, while no explanation has been provided as of this writing, it is worth noting that he also pulled out of the NXT U.K. television taping at the U.K. Download Festival at Donnington Park back on June 14th. The reason given was a back injury that O’Reilly suffered in the ladder match at the NXT TakeOver: XXV live WWE Network special back on June 1st.

“The medical man told me my back is still hurt so unfortunately I won’t be able to attend [the U.K. Download Festival] this year,” O’Reilly wrote via Twitter after being pulled from the NXT U.K. TV taping on 6/14. “I’m sorry to all the great U.K. fans.”

The medical man told me my back is still hurt so unfortunately I won’t be able to attend @DownloadFest this year. Im sorry to all the great UK fans, believe me I’m gutted to be missing @Tool but at least now @rikbugez has an actual chance of winning the air guitar contest.

We will keep you posted as new information regarding Kyle O’Reilly’s status and replacements for EVOLVE 129 and EVOLVE 130 become available.