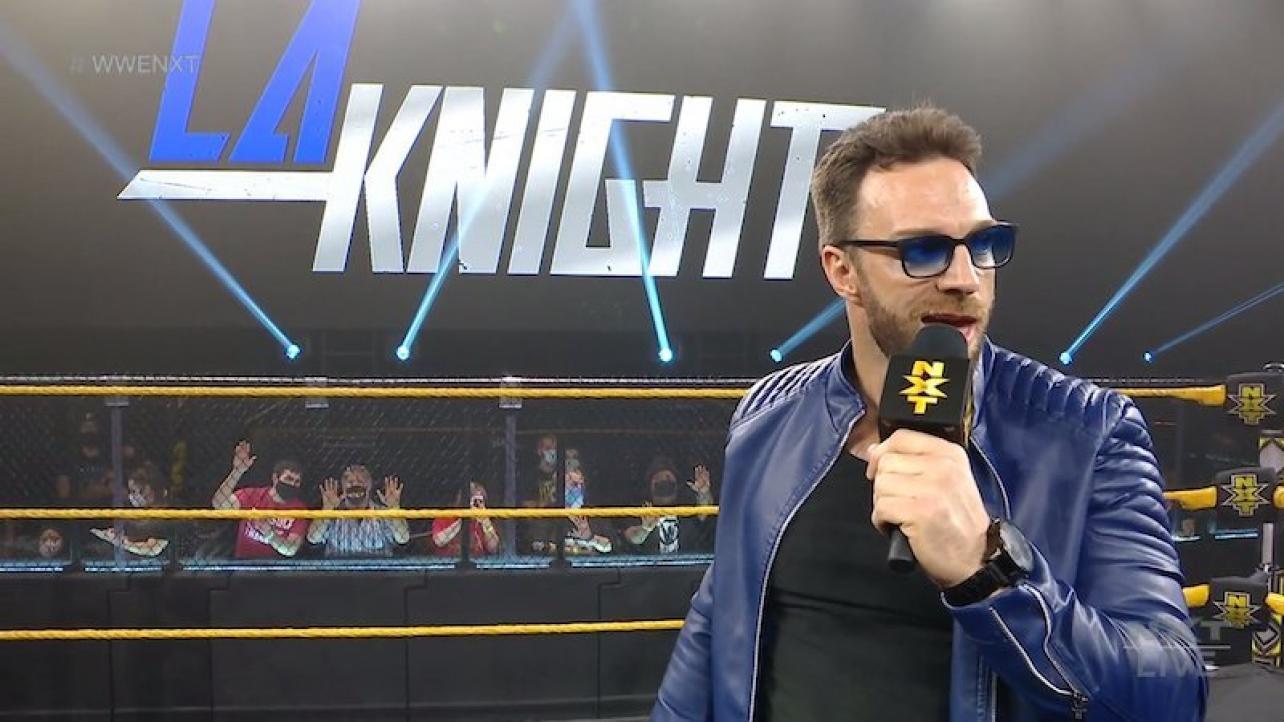 LA Knight Opens Up About His First Run In NXT

WWE NXT Superstar LA Knight recently spoke to Busted Open Radio, where he discussed his first tenure with WWE, and what led to his early exit.

During the interview, Knight says he “was hated for like the first three months” of his initial run, and spoke about having similar feelings in Impact. LA explained that sometimes you just need a few good spirits, stating:

“So now you see me carrying myself in a certain way; then you see what I do in the ring on a microphone, which is uber confident,” LA Knight said. “And all of a sudden I’m not talking to anybody in the back and then people are like what ‘who the hell’s this guy think he is?’ When I got to NXT the first time here, I was hated for like the first three months. And it’s usually like a three month period before everybody kind of figures out like, ‘oh wait, this guy’s actually okay.’ Same thing in IMPACT when I first got there. There was big time heat in the locker room and then there was one magical night; there might have been some tequila and wine that helped me come out of my shell! Suddenly there’s a big baby face turn and we were good to go.”

Knight is formerly known as Eli Drake, who is a one-time Impact World Champion, as well as a one-time NWA Tag Team Champion.

LA Knight Opens Up About His First Run In NXT