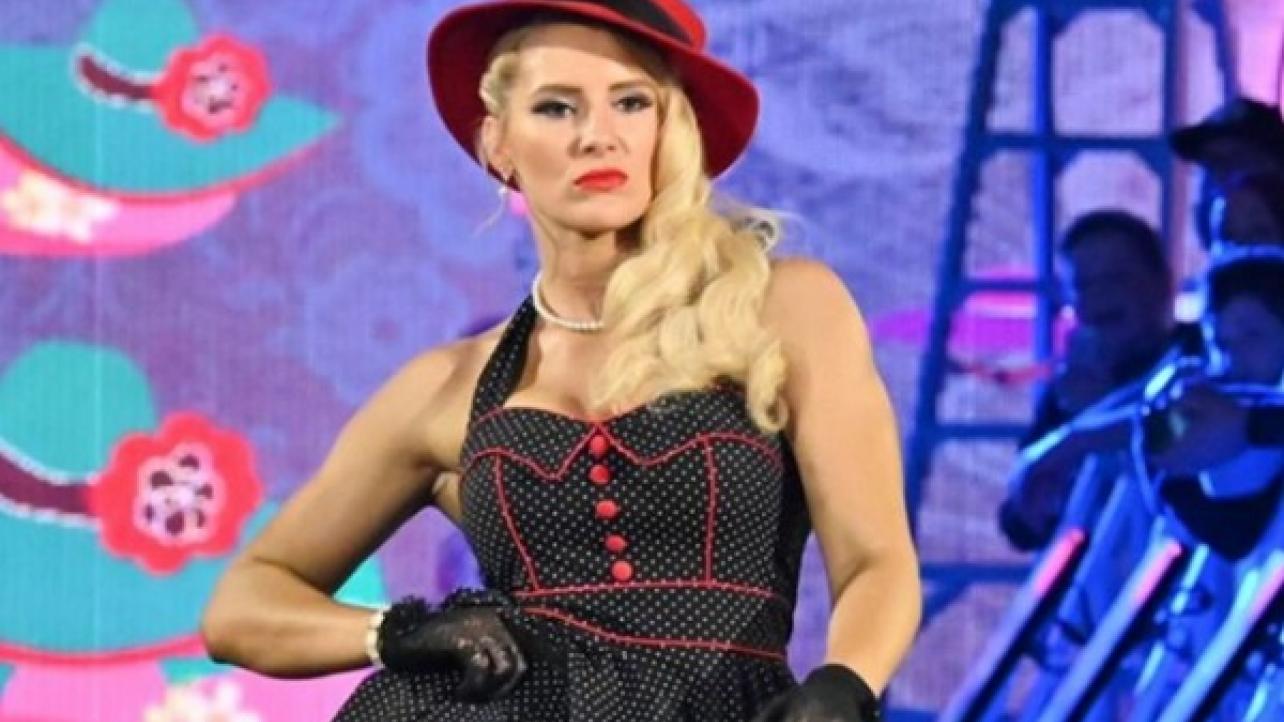 Lacey Evans recently spoke with Brian Fritz of Sporting News about making the transition from NXT to the WWE main roster, taking her daughter on the road, her rough childhood, how the United States Marine Corps changed her life and more. Featured below are some of the highlights.

On the experience of taking her daughter on the road with her: “It’s amazing. It definitely motivates me. It reminds me why I do what I’m doing and it really helps me through this process. I’m learning a lot within WWE. The biggest thing that I like is the fact that she’s here and she can watch me first-hand work really hard to fight for becoming a champion and doing good at whatever is expected from me. Life is hard, new jobs are hard. They really put you out of your element and it takes a lot. So, to be able to show her first-hand the work that gets put in and show her that she’s capable of anything as long as she works hard, it means a lot to me.”

On making the transition from NXT to the WWE main roster: “It’s been very good. When you go from NXT to Raw, where I’m at now, you get to actually move back home from Orlando. That’s the best thing that I like is the fact that I actually go back home because we’re on the road so much. But I worked prior to WWE and I worked really hard to establish a home that had to go on the back burner in order for me to focus and hone in my skills as being a sports entertainer. I just get to be home a little more, my actually home in South Carolina and I get to raise my baby in the town that she’s from. The spotlight goes from big to bigger and you’re really put out there and out of your element and expected to show what you’re capable of. It’s motivating. It lights a fire under you to push yourself more. Show up and prove to them in WWE that you can do whatever they need you to do.”

On being anxious to do more and get physical after essentially just walking to the ring and back when first joining the WWE main roster: “Oh, I’m a very physical person. Blame it on the military if you want, but I’m mean. I’ve very mean and I was excited to get my hands on somebody. It didn’t matter who. I was just blessed that I got to walk out and show my face and remind the WWE Universe that Lacey Evans is here and ready for whatever the hell she wants. It was cool but, definitely, I was excited to get in the ring and start proving what I’m capable of.”

On the U.S. Marine Corps changing her life after struggling through a rough childhood: “There was depression, addiction and it was never enough. My father, unfortunately, lost his battle just two months before my WWE tryout. The Marine Corps saved me as far as getting my mind clear and being able to get myself in a place with better influences and role models in my life because I didn’t have that growing up. If I didn’t join the Marine Corps, there’s no telling what would have happened to me, my family. Me as a mother, me as a wife, but it’s definitely one of the best decisions I ever did make because growing up without a positive role model, you’ve got to find them somewhere and I found that in the United States Marine Corps. I found that in the leadership I had while in active duty and I couldn’t be more blessed to have that in my life because it definitely made me the woman that I am today.”

Check out the complete Lacey Evans interview at SportingNews.com.