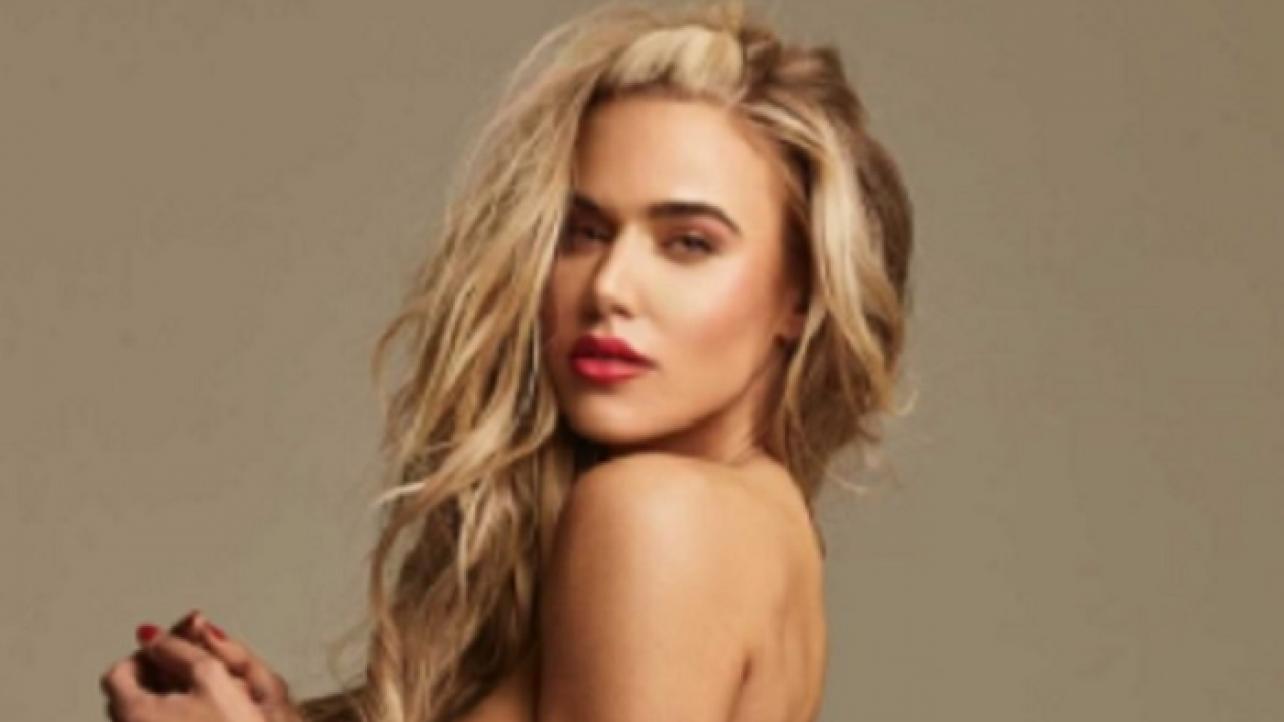 The former “Ravishing Russian” Lana recently interviewed with TalkSport, and spoke about her time working with Bobby Lashley, as well as her recent feud with Nia Jax. Nia and Lana have been involved in a storyline for weeks now, and Nia has driven Lana through the announce desk repeatedly. When talking about Nia, Lana had this to say:

“I think that Nia is very, very strong… And Nia is a beautiful Samoan with lots of strength and lots of size on her, so yeah I have to spend a lot of time mentally preparing myself because I know when I go out there, legit anything could happen [with Nia]. I know I’m going to feel it the next day. I felt those nine tables, I feel those powerbombs, I really do! But I think that’s what I signed up for. I’m not going to walk away from it. I’ll be remembered as the girl who could take an ass-whooping and keep going. We remember what happened with Kairi [Sane], Becky [Lynch] and a lot of other people. So let’s not forget that she took me out of the Rumble two years ago. Let’s not forget she took me out of TLC. I know that everyone wants to be laughing about certain things and making jokes, but I remember that. I say a lot of prayers that I’ll come out in one piece! But I don’t know, maybe I like the adrenaline rush. Maybe there’s something wrong with me [laughs]. I’m like what am I doing! I’m running towards this powerhouse not running away from it laughs]. But I won’t let fears dictate my life.”

Lana then began to speak about her storyline with Lashley, who is now “The Chief Hurt Officer” of The Hurt Business, as well as the current WWE United States Champion. Lana compares working a relationship storyline to evening network television, and covers how she feels about working a “romantic angle”. The “Ravishing Russian” said:

“I think we broke the internet and cracked mainstream media. A bigger thing that I think is very important to have on WWE television, and I know a lot of people might disagree with me, is I do think it’s important to have romantic angle, relationship angles, soap opera angles. We have so much WWE programming every week. What is it, nearly 10 hours of network television? It can’t all be for the title. It can’t just be about being an in-ring competitor, it’s got to be about relationships stuff as well. And women, if we want women to watch, that’s what we need. Drew McIntyre was telling me how much his wife loved it. He said ‘she doesn’t watch me but she watches you guys!’ I just thought that was so funny because I identified with that.“Like the show I watch on television are like Grays Anatomy, Scandal. You know, all those soap opera, relationship/drama stuff. I’m always excited to do those stories because I love those stories, I love watching them. I think they reach women and little girls, it’s really important to have that. Every time I’ve done a relationship story, they light up conversation. If it was the Dolph Ziggler story, Roman Reigns interrupting mine and Rusev’s wedding, Liv at my second wedding – people have a lot to say about it! So I’m grateful I got that opportunity with Bobby. It came with a lot of sacrifices, a lot of cyberbullying, but I knew my role and I wanted to be the best villain out there.”