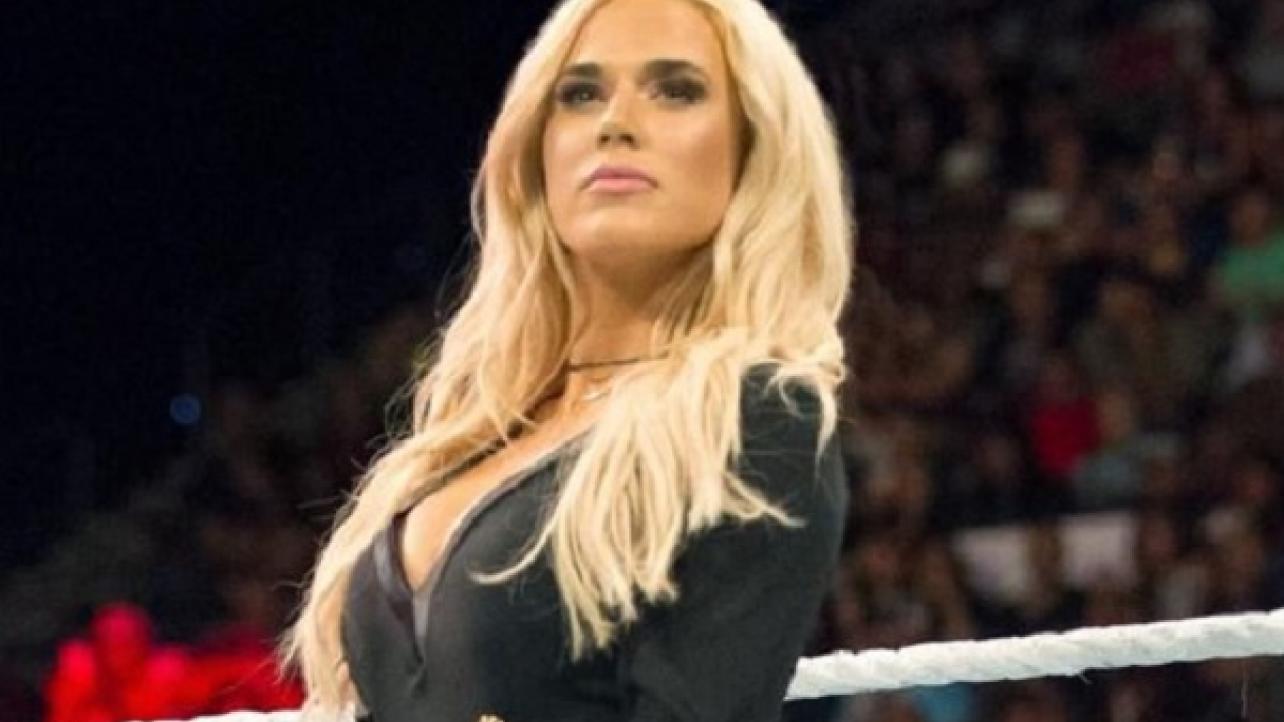 Lana Reveals What Natalya Told Her Before WM32, Dream Opponent For Evolution

Lana recently spoke with the folks from Newsweek for an interview. During the discussion, the WWE Superstar spoke about the toughest bump of her career so far, what Natalya told her before making her WrestleMania in-ring debut at WrestleMania 32 and revealed her dream opponent for the upcoming all-women’s WWE Evolution pay-per-view. Featured below are some of the highlights from the interview.

On the toughest bump she has taken inside the squared circle thus far into her WWE career: “When you’re out there doing things, your adrenaline is rushing so much. But getting kicked in the face is never fun. There have been a lot of different painful things, but when you’re kicked in the face or kneed in the face, it’s not the most pleasant thing. Zelina used the codebreaker knee on me and I started bleeding. I thought I broke my nose or busted my teeth. Then she kneed me to the face again. It was definitely not by any means pleasant, and I’m really glad when I came backstage that I was alive still. It’s a contact sport, it’s very physical and intense. When you walk out there, you have to know anything can happen and to keep your hands up.”

On what Natalya told her prior to her WrestleMania 32 debut match: “Oh my gosh, I was so nervous at WrestleMania when I debuted. I never had a live match ever. I’d had practice matches, but a practice match in front of no one is very different from a real match. Nattie gave me this pep talk, saying ‘you can’t not be inspired. This is the highest stake thing you’re ever going to have, and you’re going to sink or swim. So you better go out there and prove everyone who doubted you wrong.’ All of a sudden, you’re like ‘I’m motivated!’ And once you walk out there you realize, ‘I’m born for this, there is nothing in the world like this.'”

On her dream opponent for the upcoming WWE Evolution all-women’s pay-per-view: “There are so many women on the current roster who are just incredible competitors, and I’d love to fight them. But then there are so many women from the past I would love to fight. I mean, who doesn’t want to get in the ring with Trish or Lita or Molly Holly? Trish was my inspiration for so long. But I’ve always been a huge fan of Stephanie McMahon. Growing up, I wanted to be in WWE because of watching characters like Stephanie McMahon and Paul Heyman. They just are such incredible storytellers, such incredible, compelling characters. When I look at Stephanie McMahon’s entire career, I’m always blown away at how she just moves your soul. Literally, my heart is moved by her. Either I hate her, or love her, or love to hate her. I probably won’t face off with her at Evolution, but just in general she is one of my dream opponents.”

Check out the complete Lana interview at Newsweek.com.

Lana Reveals What Natalya Told Her Before WM32, Dream Opponent For Evolution