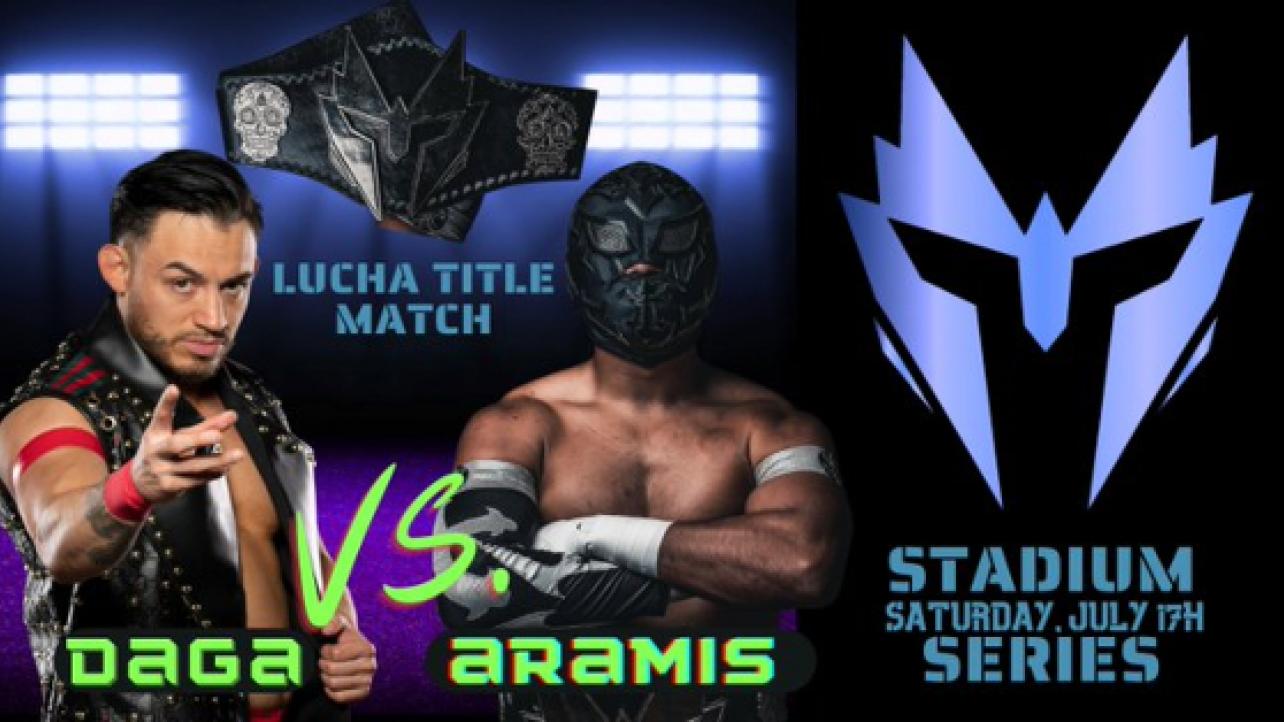 On Saturday, July 17th, MLW star Aramis will defend his Warrior Wrestling Lucha Championship against Daga, who is best known for his time in Impact Wrestling.

AEW star Lance Archer will also be on the card. “The Murderhawk Monster” will take on Robert “Ego” Anthony, in what will surely be a brutal No Holds Barred match.

Check out the official announcement from Warrior Wrestling:

Warrior Wrestling announced today that Aramis, who won an incredible 8-man War of Attrition Match to be crowned the first-ever Warrior Wrestling Lucha Champion, will defend his title for the first time on Saturday, July 17th, in the second night of the Stadium Series. He will face the man who trained him, worldwide lucha libre star Daga. The match will be a traditional one-fall-to-a-finish matchup with no time limit.
Also announced for the show is Lance Archer vs. Robert “Ego” Anthony with Frank the Clown in a No Holds Barred Match. This match was created after Frank the Clown repeatedly attempted to hijack the first night of the Stadium Series. His attempts culminated in his landing a helicopter in the stadium and storming the ring before Warrior officials agreed that he and Anthony would be featured on the July show.

More matches are to be announced in the coming days.
Kids 16 and under are admitted FREE to the event at the door with a paying adult. Tickets can be purchased online at www.warriorwrestling.net, with General Admission Field Seating Tickets for $45 and Bleachers / Standing Room Tickets for $35.
A VIP Fan Fest will take place before the show from 5:00 to 6:30pm. Doors open to the public at 6:30, and Bell Time is at 7:00. The event will be family-friendly. Card subject to change.
A portion of proceeds from the event go to benefit scholarships and student activities at Marian Catholic High School. To learn more about Marian Catholic, visit www.marianchs.com.