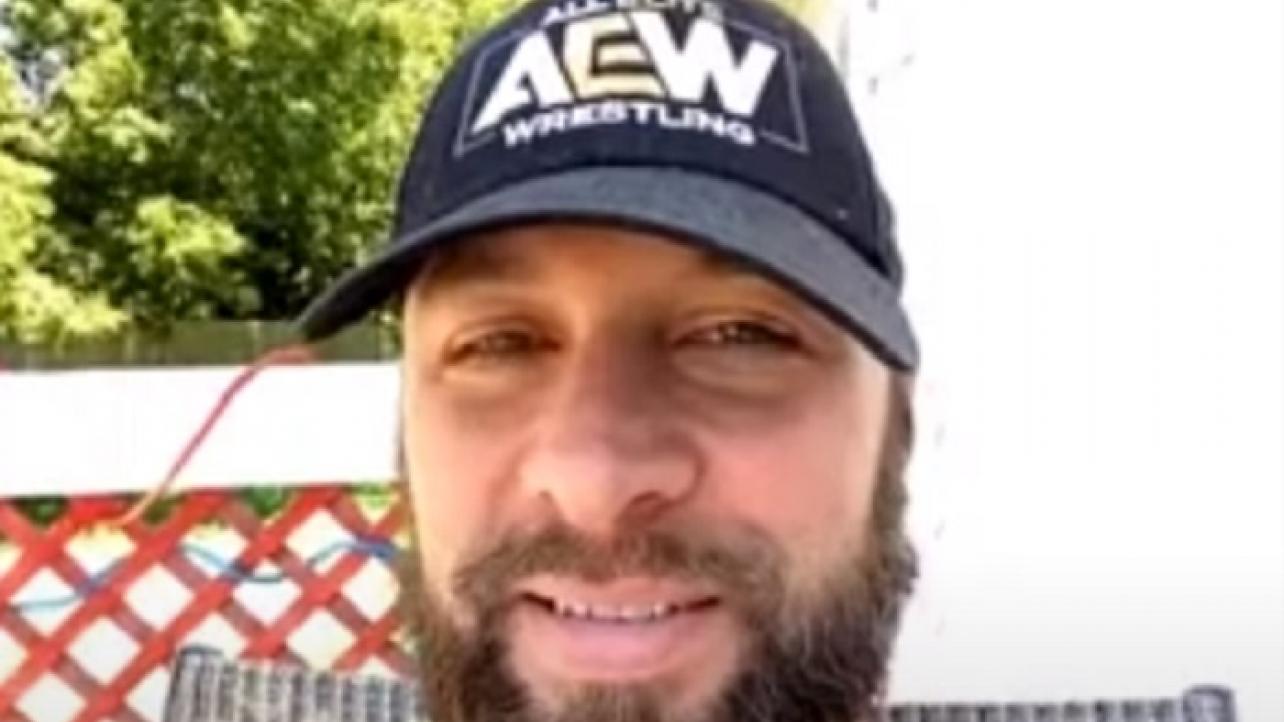 Lance Archer credits Jake “The Snake” Roberts for helping to give “The Murderhawk Monster” a voice in All Elite Wrestling.

Ahead of his highly-anticipated showdown against Miro for the TNT Championship at this Sunday night’s AEW Double Or Nothing 2021 pay-per-view at Daily’s Place amphitheater in Jacksonville, Florida, Archer appeared as a guest on the Wrestling Daily podcast for an in-depth interview with Louis Dangoor.

During the interview, the longtime pro wrestling veteran had high-praise for his current on-air manager in AEW, the aforementioned pro wrestling legend Jake “The Snake” Roberts, noting that even after 20-plus years in the wrestling business himself, he has added a whole new dimension to his character thanks to the WWE Hall Of Fame icon working with him and helping “The Murderhawk Monster” find his voice.

Featured below is a detailed excerpt from the interview where “The Murderhawk Monster” touches on this particular topic, as well as a complete video archive of the entire discussion between Lance Archer and Louis Dangoor.

“I’m coming up on 21 years in wrestling, so there’s always still something you can learn. Being with somebody like Jake “The Snake” Roberts, it’s been invaluable, to say the least. I believe that I’ve really come to know who the Murderhawk Monster is. I know how to step in that ring. I know how to kick ass. I know how to do what I’m doing. Not to say that I can’t learn something, and I always do, from the youngest talent on the card to the most veteran vet that we have, but where Jake has truly been the most beneficial to me is being able to speak. Being able to give The Murderhawk Monster a voice.

“Because, in Japan, it was just a chaotic character that went out, scared kids, hit the Young Lions, threw water at people, and was just an insane monster that beat the crap out of people. Then when we did interviews backstage, it was very raw and emotional and chaotic, like I said. In Japan, some people understand me but to a small degree. But for the most part, they’re just reading and feeling the energy. Come back to the US, now they can hear what the heck I’m saying and so now I got to figure out how to give The Murderhawk Monster a voice. Jake, who’s one of the best promos in the business ever, he’s really helped me find that voice, that cadence, that persona. I’m not trying to be Jake “The Snake” Roberts.

“I’m definitely trying to be The Murderhawk Monster, but you can’t help but feel that vibe, that Jake “The Snake” vibe. That smooth, cunning, ‘I’m going to cut you and you’re not going to know it,’ but then I throw in some Murderhawk, ‘I’m going to rip your head off and spit down your throat’ type scenario.”

Watch the complete episode of the Wrestling Daily podcast featuring the new interview with “The Murderhawk Monster” Lance Archer via the video embedded below courtesy of the official YouTube channel of the popular program, and make sure to join us here at eWrestling.com on Sunday night for live AEW Double Or Nothing results coverage from Jacksonville, FL.