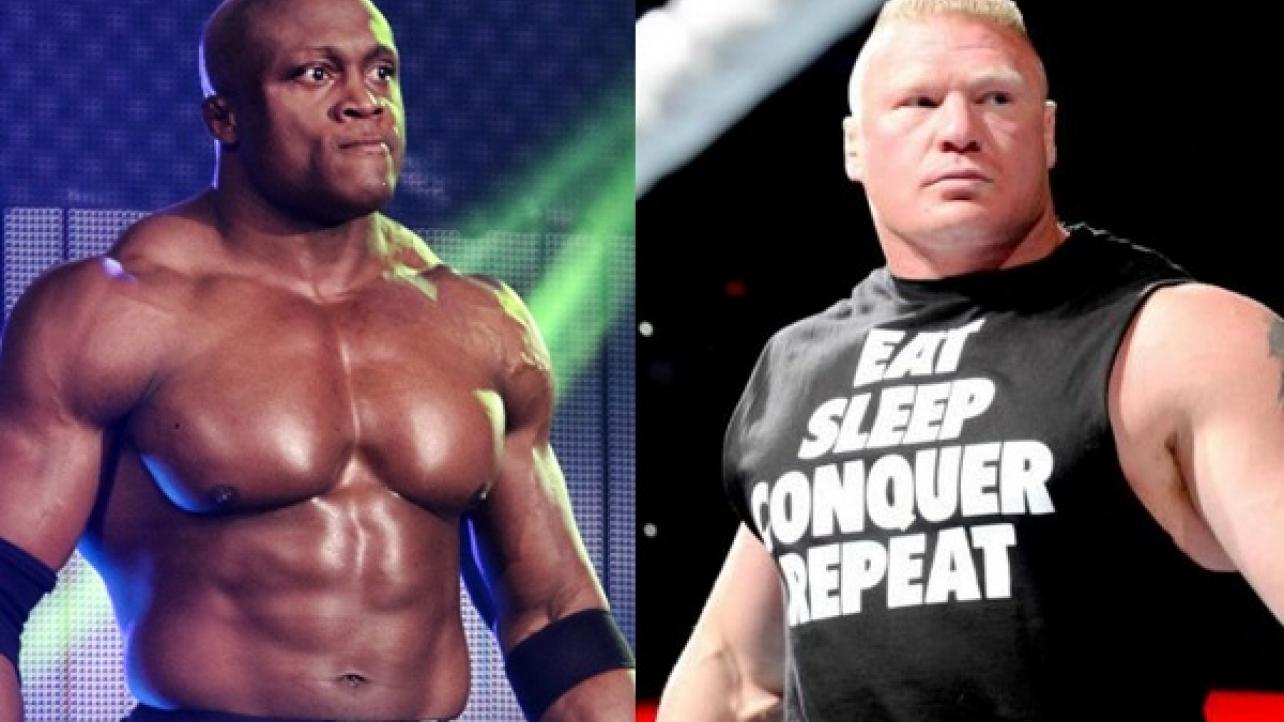 During a recent appearance on The Big J Show on KRSQ Hot 101.9, Bobby Lashley spoke candidly about a rivalry with Brock Lesnar never coming to fruition since he resurfaced in WWE back in April.

“I wasn’t so much bummed, I was more pissed off,” Lashley admitted while being interviewed by the Billings, Montana radio outlet. “Ever since I came into WWE, there’s always been that comparison, and our paths have never crossed.”

Lashley continued, explaining his belief that a feud against Lesnar is something that “needs to happen.”

When pressed by the host to reveal whether he would prefer to face Lesnar inside the Octagon in an MMA bout or the squared circle in a pro wrestling bout, Lashley didn’t seem to have a preference.

“To me, it really doesn’t matter,” said Lashley. “Either way, that’s a huge fight.”